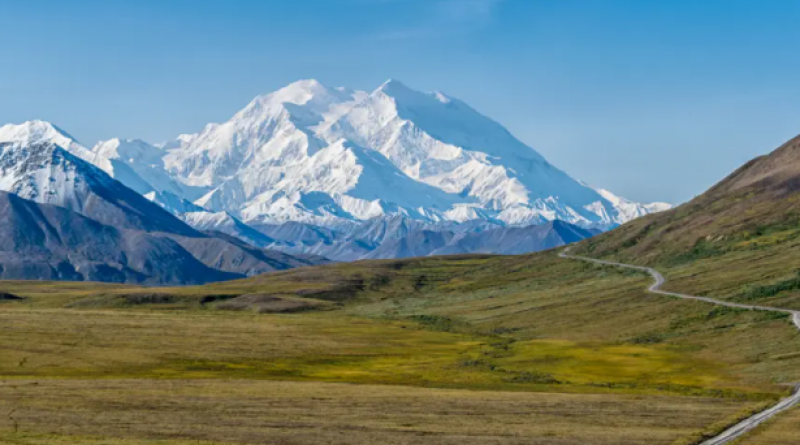 A landslide caused by melting permafrost has closed the only road in Alaska’s Denali National Park.

The slow-moving Pretty Rocks Landslide sits halfway along the 92-mile road that winds across the 6-million acre park, home to the highest mountain peak in North America.

The rapidly thawing permafrost underneath the road triggered a landslide that made the road too unstable for use and brought an early end to the tourist season, say park officials.

The National Parks Service says the thaw has been going on for decades, but has sped up dramatically this summer because of the climate crisis.

“Changing climate is driving frozen ground to thaw, resulting in unpredictable and increasing landslide movement rates at Pretty Rocks that are unprecedented in the history of the park road,” Don Striker, Denali’s Superintendent, said in a statement.

“We cannot safely keep up with the accelerating rate of landslide movement caused by permafrost thaw currently occurring in association with the Pretty Rocks Landslide.”

Dave Schirokauer, the science and resources team leader at Denali, said road crews used to be able to keep up with it but sensors buried in the landslide, which measure its movement every hour, recently recorded the slumping at 14 inches per day.

He told Alaska Public Media that when the road was built in 1930, engineers did not know about the rock glacier and had not factored in climate change.

The NPS says that landslides started impacting the road in the 1960s but until recently only required maintenance every two to three years.

In the 1990s, the landslide caused small cracks in the road surface, but by 2018 the road’s slumping had increased to around half an inch per day, and by August 2020 that had shot up to three-and-a-half inches a day.

“Early August rains in 2021 appear to have triggered the rate to increase significantly, with much of the landslide currently moving downhill at over ten inches per day,” the NPS said.

And they added: “Climate change, with its associated warmer winter temperatures and increased precipitation, has taken what was previously a problem solved by maintenance staff performing road repairs and made a challenge too difficult to overcome with short-term solutions.”

The road is only partially accessible by private vehicles through a lottery, with park buses only allowed to go deeper into it.

Alaska has been called “ground zero” for the climate crisis, with data showing that since 1970 the average winter temperature in the state has increased by 7 degrees Fahrenheit.