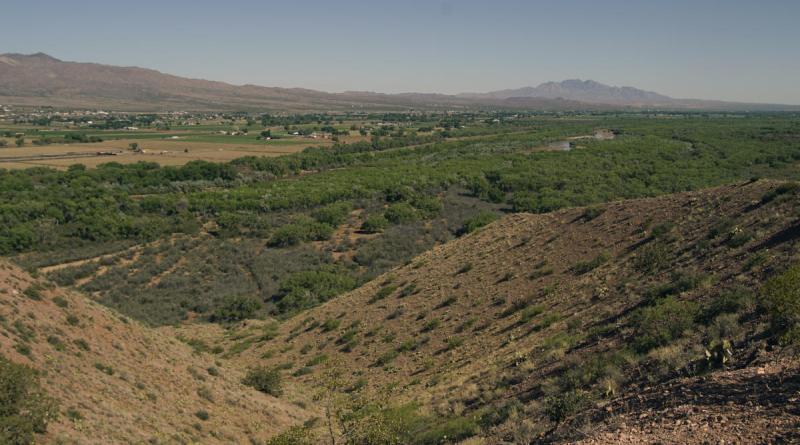 The Southwestern Power Group has been working since 2008 to develop SunZia, a massive transmission project that would carry wind-generated electricity from Central New Mexico to Arizona for export to western markets. Pattern has now purchased the rights to build one of two 550-mile transmission lines contemplated in the SunZia project for an undisclosed price.

The company expects to begin construction next year on that line – and on 3,000 megawatts of new wind generation in Lincoln, Torrance and San Miguel counties – for transport to Arizona and beyond, beginning in 2026, said Pattern Energy CEO Mike Garland.

“SunZia Transmission will create a clean power superhighway for millions of Americans by opening access to huge, largely-untapped wind energy resources in New Mexico,” Garland said in a statement announcing the deal. “SunZia is an investment that will empower our clean energy future and generate millions of dollars in economic impact across Arizona and New Mexico.”

Those turbines collectively supply 1,050 MW of electricity to some 365,000 homes in California, or nearly 1 million people, making Western Spirit the largest single wind complex built to date in North America.

“It will provide clean power for about 2.5 million Americans,” Dallas told the Journal. “It will be triple the size of Western Spirit, which was already the largest renewable energy project in U.S. history.”

Pattern’s partial purchase of SunZia pumps new life into that project, which has faced contentious government permitting processes for nearly 16 years. That included a yearslong dispute with the U.S. Department of Defense over a stretch of transmission line developers had planned to run through the northern part of White Sands Missile Range.

The U.S. Bureau of Land Management approved the project in 2015, after SunZia agreed to bury segments of line at White Sands. But it hit another snag in 2018, when the state Public Regulation Commission rejected line-location permits for SunZia, reflecting opposition from conservation groups and others who feared the transmission line’s planned river crossing north of Socorro would significantly disturb migrating birds at wildlife refuges along the Rio Grande.

To resolve those disputes, developers proposed in 2020 to shift the entire east-west segment of the line northward to instead cross the river south of Belen, away from wildlife refuges, although that meant amending BLM permitting through a new process that began in 2020 and continues today.

Pattern, however, expects the BLM to approve final permitting for the rerouted east-west segment by next spring, allowing the company to begin construction work on both the transmission line and the planned wind farms by April 2023, said Jeremy Turner, Pattern’s New Mexico project development director.

“We’re confident a final BLM decision will be made in early 2023,” Turner told the Journal.

“At this point, everything seems to be trending in the right direction,” Martinez told the Journal. “These types of projects take a long time to get all approvals in place. But I would be very surprised if SunZia didn’t get all permits needed to move forward next year.”

From anchor tenant to owner

Taken together, SunZia’s two planned lines are expected to provide total transmission capacity for up to 4,500 MW of electricity, with one line carrying up to 1,500 MW of AC, or alternating current, and the other up to 3,000 MW of DC, or direct current.

Pattern had already struck an agreement with Southwestern Power in 2017 to become the anchor tenant for SunZia, allowing Pattern to transport up to 1,500 MW of wind-generated electricity across one of the two transmission lines once they came online. But this year, SunZia awarded Pattern another 1,500 MW of transmission rights. And that, in turn, led to Pattern’s offer to purchase outright ownership of the 3,000-MW DC line, Turner said.

“Given our success with Western Spirit, it made sense for Pattern to just acquire the transmission,” Turner told the Journal.

Southwestern Power will retain ownership of the second, 1,500-MW line. But once Southwestern builds that line, Pattern would likely seek to become the primary user of that transmission as well, Turner said.

Assuming BLM and other permitting is completed early next year, Pattern expects to finish constructing its SunZia line by 2025, and then bring all 3,000 MW of new wind generation online by 2026.

The project will create more than 2,000 construction jobs, and about 150 permanent positions to operate and maintain the system.

Methane emissions detected over offshore platform in the Gulf of Mexico