Parts of England could run out of water within 20 years, warn MPs. 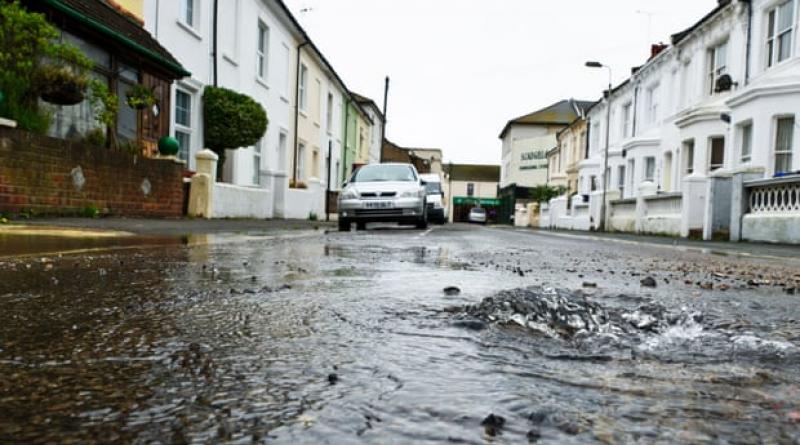 There is a serious risk that parts of England will run out of water within 20 years, MPs have warned.

The public accounts committee said the bodies responsible for water in the UK had “taken their eye off the ball” and the scale of leakage – more than 3bn litres a day – was “wholly unacceptable”.

The committee’s report is damning of the water companies, which were privatised in 1989, accusing them of being “ponderous” and having made no progress in reducing leaks for two decades.

The report said: “There is a serious risk that some parts of the country [England] will run out of water within the next 20 years … The responsible bodies – the Department for Environment, Food & Rural Affairs [Defra], the Environment Agency and Ofwat have collectively taken their eye off the ball and urgent action is now required if we are to have a reliable water supply in the years ahead.”

MPs’ criticism of the performance of water companies and the regulators, Ofwat and the Environment Agency, comes after a Guardian investigation revealed the nine privatised water companies in England released raw sewage into rivers via storm drains more than 200,000 times in 2019.

MPs on the public accounts committee said chalk streams had suffered from the release of sewage from combined sewer overflows into them by the water companies.

“The Environment Agency has prosecuted Thames Water on a number of occasions for breaching the conditions of its permits and allowing sewage to enter rivers from its treatment plants. Major infrastructure programmes also pose a threat,” the report said.

Taking water from chalk streams was also heavily criticised. “The Environment Agency must balance the need to preserve the environment by maintaining flows with meeting the demand for water,” MPs said.

The MPs said partnership grants up to £882,000 were provided to charities and stakeholder groups in 2020-21 for the improvement of chalk streams and their habitats. But the report said the Environment Agency should examine whether that was enough to deal with the “clear and present danger” to chalk streams.

The report said the government had shown a lack of leadership in getting to grips with all of the issues threatening the water supply.

Meg Hillier, the chair of the committee, said: “It is very hard to imagine, in this country, turning the tap and not having enough clean, drinkable water come out – but that is exactly what we now face. Continued inaction by the water industry means we continue to lose one fifth of our daily supply to leaks.

“Empty words on climate commitments and unfunded public information campaigns will get us where we’ve got the last 20 years: nowhere. Defra has failed to lead and water companies have failed to act: we look now to the department to step up, make up for lost time and see we get action before it’s too late.”

The report called on the government to provide more guidance to water companies on the level of investment that was necessary to ensure resilience by 2050 and how they should balance this in their business plans with pressure to reduce consumer bills.

It said the scale of leaks, at 3bn litres a day, was wholly unacceptable. “Water leakage is now a hugely pressing problem,” MPs said. “No one organisation has got a thorough grip on dealing with this issue and driving the change necessary. [Defra] urged water companies in 2016 to make tackling leakage a much higher priority. However, there has still been little progress.”

The committee called on Ofwat and Defra to be more active in ensuring that water companies meet targets to reduce leaks. It said the companies must be held to account with the publication of league tables from December 2020 showing their performance on tackling leakage against the targets set.

MPs also said the government must urgently develop a plan, with adequate funding, to increase public awareness of the need to save water.

World Bank Initiative Explores Innovative Use and Reuse of Wastewater.