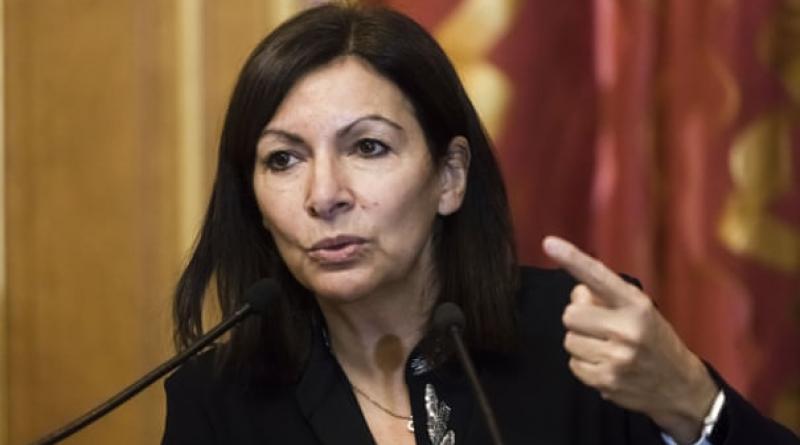 Mayor of Paris praises ‘important milestone’ on fifth anniversary of the landmark agreement.

More than 50 of the world’s leading cities are on track to help keep global heating below 1.5C and tackle the worst impacts of the climate crisis, according to a new report.

From mass tree-planting in Buenos Aires to new public transport networks in Mexico City, 54 of the world’s leading cities are now rolling out plans that will cut their greenhouse gas emissions in line with the Paris agreement, according to a new study by the C40 cities network.

The findings will be presented to Anne Hidalgo, mayor of Paris, on Friday at an event in the French capital to mark the fifth anniversary of the landmark climate agreement.

“I was chair of C40 cities when Deadline 2020 was set, challenging global cities to set their own climate action plan that will protect residents, create green jobs, address inequality and build the future we want,” Hidalgo said ahead of the event.

“Now, five years on I am proud to see so many cities from all over the world launch their plans to keep global temperature rises below 1.5°C. This marks an important milestone in our efforts to accelerate climate action and demonstrates the incredible leadership from cities on this issue.”

The C40 report calculates that taken together the cities’ plans will prevent at least 1.9 gigatonnes of greenhouse gas emissions being released into the atmosphere between 2020 and 2030, equivalent to five times the UK’s annual emissions.

Michael Doust, programme director at C40, said it was a key moment when cities could demonstrate what was possible ahead of tomorrow’s climate ambition summit and next year’s COP26 conference in Glasgow.

Doust said the plans were a challenge to national governments to scale up their efforts and “collaborate with city leaders to tackle the escalating climate emergency”.

But he added that this was not just about climate action, it was also an effort to build a better future following the pandemic, from improved housing and secure green jobs to affordable, clean public transport and tackling inequality.

He said: “Climate change is the catalyst but these plans are about a lot more, about how we can create cleaner, more inclusive, more equal cities with better housing and better jobs.”

Among the cities assessed to be on course to hit their emissions reductions targets are:

• Houston, Texas, a city known as a centre for the US oil and gas industries, which is aiming to build 500 miles (800km) of new cycle lanes and establish 50 green energy companies by 2025, as well as plant 4.6m trees in the next 10 years. It also has a large-scale flood protection programme following devastating hurricanes, which includes turning a golf course into a series of ponds and flood basins.

• Rio de Janeiro is doubling tree cover in the city’s streets, squares and parks, rehousing residents that live in high flood risk areas, and has pledged to be carbon neutral by 2050. It is also recommending the use of low-carbon concrete for future building projects and is planning a network of new bike lanes connecting residential areas to the centre.

• Milan has transformed large swathes of the city that are now dedicated to walking and cycling. It is also planting 220,000 new trees, halving food waste, and says it will be carbon neutral by 2050. Giuseppe Sala, the mayor of Milan, said the effort to rebuild the city after the pandemic was inseparable from its ongoing efforts to address the climate crisis.

“To deliver on the goals of the Paris agreement, we must deliver a green and just recovery from the Covid-19 pandemic that creates a fair economy, cuts emissions and creates jobs,” he said.