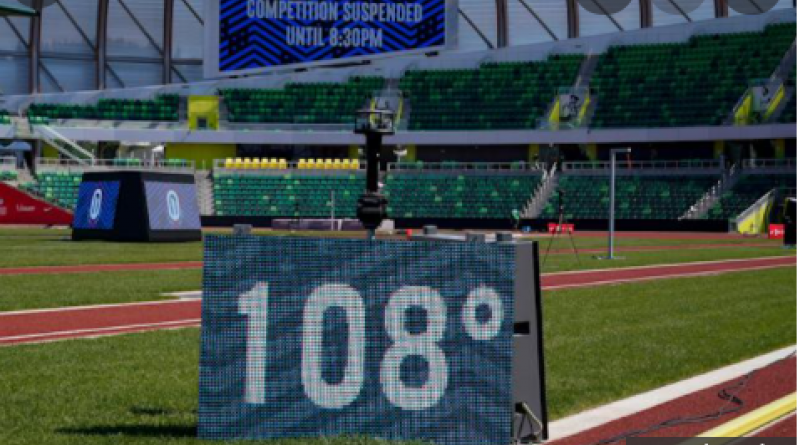 The record-breaking heatwave that gripped the northwestern US and Canada has claimed more than 100 lives in the state of Oregon, according to officials.

State medical examiner figures now show that the number of suspected deaths tied to the heat has risen to 107. Their ages range from 37 to 97 – 75 were men, and 32 were women. One county has labelled the heatwave a “mass casualty event”.

During an appearance on CBS News’ Face the Nation, Governor Kate Brown said that the death toll was “absolutely unacceptable” and despite preparations, too many lives had been lost.

Oregon endured triple-digit temperatures between 25-30 June, with a high of 116F (47C) recorded in Portland on 28 June.

“This is a harbinger of things to come,” Ms Brown predicted.

“We have been working to prepare for climate change in this state for a number of years,” she said on Sunday. “What was unprecedented, of course, was the three days of record-breaking heat, and it was horrific to see over 90 Oregonians lose their lives. And we have to continue with our preparedness work.”

Those who died include a 38-year-old immigrant farmworker from Guatemala; an unsheltered man in Polk County found by a camper in a park, also aged 38; and a 90-year-old woman in Washington County who was found in her home by a friend.

Multnomah County, which includes much of Portland, has seen 67 deaths, leading the county to call it a “mass casualty event”.

Health officials said in a press release that the suspected cause of death for all of the victims is hyperthermia – when the body temperature of an individual is above normal for a sustained period. Hyperthermia has been confirmed in 40 of the cases.

Some of the deceased were found in their homes without air conditioning or fans, according to local news reports.

More than 60 outreach teams were also deployed to focus on people without housing or shelter.

County officials will now be conducting a review of their tools and response to the extreme heat – though their toolkit had already been updated in both 2018 and 2021.

It is hoped that a review of the response will inform how to better deploy resources in the future.

Canadian heatwave: Why are some of the planet’s coldest areas getting hotter?