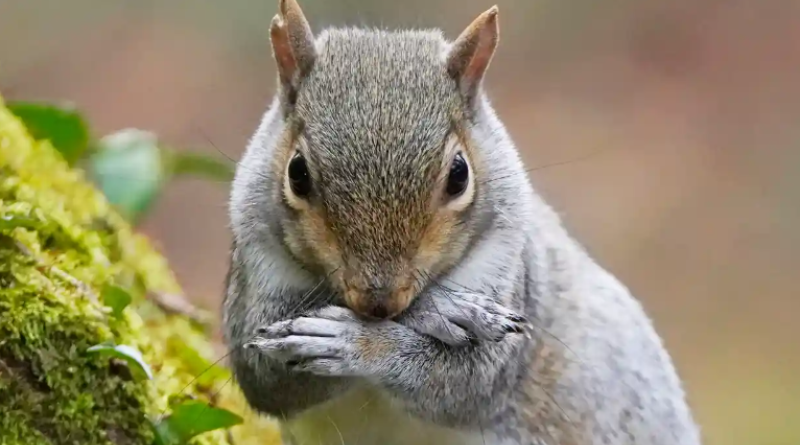 Oral contraceptives for squirrels are working, research has found, and the government hopes they can be used to keep populations down in the UK.

Grey squirrels are an invasive species in the UK, introduced from North America in the 1870s. They pose a problem for wildlife including endangered red squirrels, which they outcompete. They also carry a disease called squirrelpox that does not affect them but can kill reds.

They were originally used as an ornamental species to decorate the gardens of stately homes, before the damage they caused was realised and their release was banned in the 1930s.

Grey squirrels are also a menace to trees, stripping their bark and weakening them. They are a particular problem for broadleaf varieties including oak, which are ecologically important because they support so many other species. It is estimated that the UK is home to around 3 million of the invasive rodents.

Scientists have been trying to find ways to keep the grey population down, and now positive results have been released by the UK Squirrel Accord after a trial of oral contraceptives, which could be used to stop the mammals breeding.

The contraceptive is in production by the Animal and Plant Health Agency (Apha), with further tests being carried out to ensure it is safe and effective.

To stop other species ingesting the medication, scientists have designed a special feeding hopper. It has a weighted door that will exclude most other species of wildlife while allowing more than 70% of local grey squirrel populations to access and eat from them.

Apha is testing different methods of keeping red squirrels out of the feeders so that the contraceptives can be put in place in areas where there are both types of squirrel. So far, research suggests that body weight could be used to distinguish between greys and reds. No oral contraceptive has been used in the field at this stage of the research.

The environment minister Richard Benyon said: “The grey squirrel is an invasive species that is causing untold damage in the British countryside, where these pests continue to wreck our fledgling broadleaf trees like oak by stripping bark and disrupting the delicate balance of nature and biodiversity, whilst diminishing our ability to tackle climate change.

“That’s why we continue to support the UK Squirrel Accord and Apha as this important research on oral contraception shows promising signs that could help to eradicate the grey squirrel in the UK in a nonlethal way, as well as helping to recover our beloved red squirrel.”

Other methods that have been used to attempt to reduce grey squirrel numbers include the release of pine martens into certain woodlands. These predators scare off and eat grey squirrels. However, the shy martens would not colonise the urban areas that are grey squirrel strongholds, so as long as woodlands continue to be topped up by grey squirrels from the city, other methods – including contraceptives – will be needed to keep populations down.

Gideon Henderson, the chief scientific adviser at the Department for Environment, Food and Rural Affairs, said: “Fertility control can be an effective method complementing other approaches to wildlife management. This … study aims to produce an immunocontraceptive that can be orally administered to grey squirrels through a species-specific delivery mechanism.

“This innovative research has great potential to provide an effective, easily applied and nonlethal method for managing grey squirrel populations. It will help red squirrels – native to the UK – expand back into their natural habitats, as well as protecting UK woodland and increasing biodiversity.”