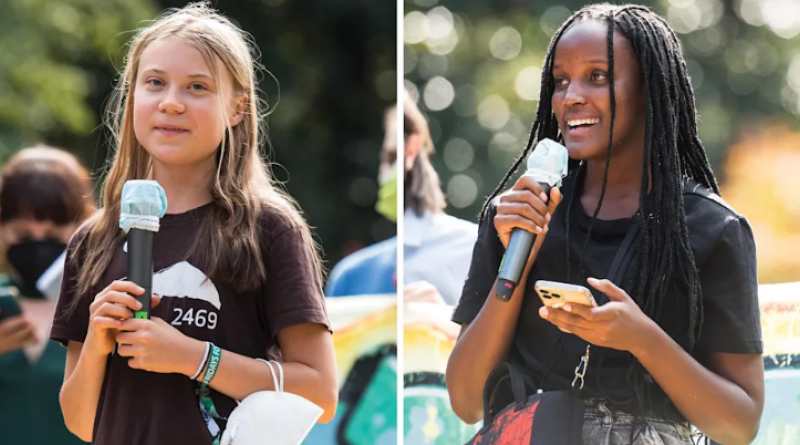 Dear media editors around the world,

Melting glaciers, wildfires, droughts, deadly heatwaves, floods, hurricanes, loss of biodiversity. These are all symptoms of a destabilizing planet, which are happening around us all the time.

Those are the kind of things you report about. Sometimes. The climate crisis, however, is much more than just this. If you want to truly cover the climate crisis, you must also report on the fundamental issues of time, holistic thinking and justice.

So what does that mean? Let’s look at these issues one by one.

First, the notion of time. If your stories do not include the notion of a ticking clock, then the climate crisis is just a political topic among other topics, something we can just buy, build or invest our way out of. Leave out the aspect of time and we can continue pretty much like today and ”solve the problems” later on. 2030, 2050 or 2060. The best available science shows that with our current rate of emissions, our remaining carbon budget for staying below 1.5°C will run out before the end of this decade.

Second, holistic thinking. When considering our remaining carbon budget we need to count all the numbers and include all of our emissions. Currently, you are letting high income nations and big polluters off the hook, allowing them to hide behind the incomplete statistics, loopholes and rhetoric they have fought so hard to create during the last 30 years.

Third, and most important of all, justice. The climate crisis isn’t just about extreme weather. It’s about people. Real people. And the very people who have done the least to create the climate crisis are suffering the most. And while the Global South is on the frontlines of the climate crisis, it’s almost never on the front pages of the world’s newspapers. As Western media focuses on wildfires in California or Australia or flooding in Europe, climate-related catastrophes are ravaging communities across the Global South, but receive very little coverage.

To include the element of justice, you cannot ignore the Global North’s moral responsibility to move much faster in reducing their emissions. By the end of this year, the world will have collectively burned through 89% of the carbon budget that gives us a 66% chance of staying below 1.5°C.

That’s why historic emissions not only count, but are in fact at the very heart of the debate over climate justice. And yet historical emissions are still being almost completely ignored by the media and people in power.

To stay below the targets set in the Paris Agreement, and thereby minimize the risks of setting off irreversible chain reactions beyond human control, we need immediate, drastic, annual emission reductions unlike anything the world has ever seen. And as we don’t have the technological solutions that alone will do anything close to that in the foreseeable future, it means we have to make fundamental changes in our society. This is the uncomfortable result of our leaders’ failure to address this crisis.

Your responsibility to help correct this failure cannot be overstated. We are social animals and if our leaders, and our media, don’t act as if we were in a crisis then of course we won’t understand that we are. One of the essential elements of a functioning democracy is a free press that objectively informs the citizens of the great challenges our society faces. And the media must hold the people in power accountable for their actions, or inactions.

You are among our last hopes. No one else has the possibility and the opportunity to reach as many people in the extremely short timeframe we have. We cannot do this without you. The climate crisis is only going to become more urgent. We can still avoid the worst consequences, we can still turn this around. But not if we continue like today. You have the resources and possibilities to change the story overnight.

Whether or not you choose to rise to that challenge is up to you. Either way, history will judge you.