Op - Jet-lag, climate villains and coffee: the seven stages of every Cop 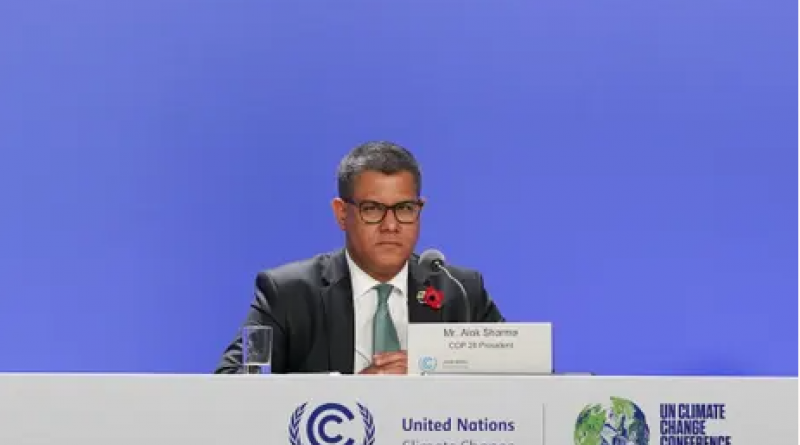 Whatever the outcome of the UN’s latest high-stakes crapshoot, a lengthy and arcane process must be followed first

It’s not the expectation that is unbearable with Cop26; it is the hope. The world, faced with the urgency of the climate crisis, demands that this is the summit to surpass all summits. Those of us who have experienced (or endured) them know that won’t happen. There are seven stages to every Cop. This one is unlikely to be much different.

1 The arrival. Here we go again. Teams of jet-lagged lobbyists, diplomats, journos, bankers and business folk queue with delegations of indigenous peoples and youth groups, lawyers, NGOs and economists to enter the parallel universe that is a UN climate Cop. Within hours, the complaints will start about the price of coffee, the distance between meeting rooms, the Glaswegian accents, the rain, the trains, the traffic, the UN security, the heavy policing and the dearth of good restaurants.

2 The beauty contest. Prince Charles will welcome the world to Glasgow with three minutes of top-drawer blah blah to be followed by more blah blah by 100-plus leaders about the future of Earth, the plight of the poor, coral reefs, forests, and the need for compromise, radical ambition, vision and hope. Polite applause from some.

3 The great confusion. By day three, none of the 15,000 delegates or the public will have any idea what is happening, and those who say they do will be lying. The negotiations will take place behind closed doors and involve the obsessive drafting and redrafting of papers that either do reflect a country’s position or are “non-papers”, which don’t but might. The talks have their own incomprehensible language, with Bingos and Mrvs, Namas and Napas, BAs and BRs, Redds and Lulucfs. No one outside the negotiating rooms is supposed to understand.

4 The squeeze. The game of diplomatic poker is on. The dice are loaded against poor countries and by day four the low-lying states and least developed countries will be complaining loudly and publicly that the US, UK, EU and others are not putting up the $100bn (£75bn) a year that they pledged, and are shifting the goalposts of the Paris agreement by calling for all countries to adopt the same targets.

The diplo-mud will fly. The sticking points will be over money, targets, scale of ambition, transfer of technology and timescales. The rich will be accused of being incompetent and negligent and will respond by saying, “Yah-boo, we’re all in this together now.” The conference chair, Alok Sharma, scurrying between groups of countries, will try to bridge the yawning divides that will have opened between the carbon haves and have-nots.

5 The cavalry. At a certain point, usually near the end of week one, the many charities and the environment, development, climate and church groups, along with scientists, activists, indigenous peoples and celebrities, will stage demonstrations and stunts: gluing themselves to doors and floors, singing, invading press conferences and hanging off roofs. Most will be chucked out of the halls and banned from re-entry by UN guards. It is a bloodletting, and relieves the tensions.

The climate villains will now be named – usually the US for its bullying tactics, the Saudis for their defence of fossil fuels, Brazil for cutting down the Amazon, Australia for its coal and the EU for not offering enough. Britain, now out of Europe, can be expected to be accused of doublespeak – pretending to side with the poor but actually working with the rich.

6 The trick. In week two, the negotiators hand over the proposals drawn up in week one to incoming ministers and their teams of political advisers. The horse-trading now begins. The powerful will have already twisted arms, offered aid, threatened sanctions and squeezed the pips out of the poor to make them fall in behind. But equally, China, India and others will use their diplomatic clout to counter-offer and raise the stakes. Ministers furiously brief their media friends.

It’s now a high-risk crapshoot. The tension will be unbearable as negotiations narrow down to a few paragraphs, then falter, stumble and inevitably nearly collapse. Rumours will fly that delegations are quitting, or that another draft has been agreed but rejected. Ministers will furiously brief their media friends. There will be a long and ghastly night as the corridors fill with exhausted delegates, the restaurants close, the coffee runs out and the long wait begins.

7 The sting. Cop should finish on the Friday night of week two, but – as with Cops in the past – this one is more likely to go to the wire on Saturday. A final text will be drawn up and a last plenary meeting will be called. An “awkward”, or “principled”, group of countries will now grandstand and call on the world for something better.

In the end it may come down to Sharma calling the US, China and the EU, the world’s great emitters, into a room for a final haggle at 6.30am. An agreement, weak or strong, will or will not be struck. Sharma will summon all the diplomatic muscle he can and then invite all countries to agree. The world will pray.

Op - The children of tomorrow will watch Boris Johnson’s Cop26 speech and ask – WTF, could you not have even tried?

Op - We need radical policies to reach net zero. Here’s a fairer way to do them