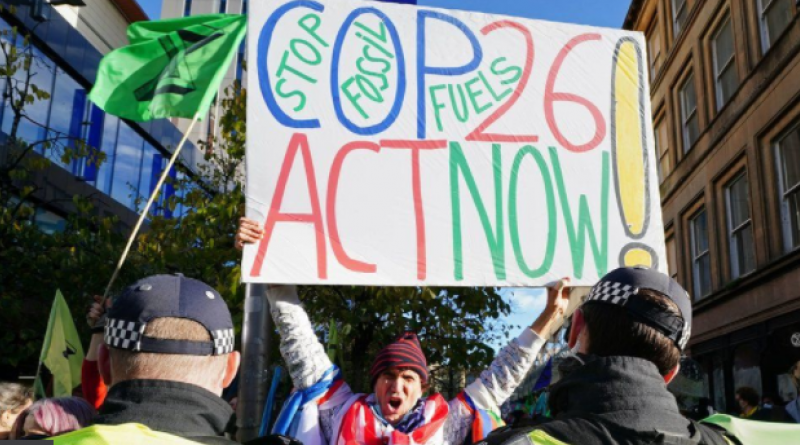 Let's start with the bad news. Governments are far, far from achieving their goal to limit global temperature rise to 1.5C.

We've already got dangerous warming in the form of floods, record heatwaves and wildfires, with a rise of just 1.1C.

That's the natural world. But in the political world of COP26, things are looking a little brighter in the Glasgow sunshine.

Expectations for this conference were low, but seasoned COP observers have been pleasantly surprised by a slew of announcements which suggest the world is on an unstoppable path to a low-carbon future.

"The mood of the conference is good," Pete Betts, the former EU lead negotiator on climate change told me.

"The trend towards a zero-carbon world is irreversible. The question is when we get there, and what the climate will be like by then."

His relative optimism can be explained by some of announcements made at the summit so far:

Kat Kramer from Christian Aid, which campaigns on climate change, says the many announcements are a positive sign.

"The COP itself is a consensus process, so it's a lowest common denominator. What we're seeing is other initiatives bolted on to the COP - there's real momentum."

So far so good, then. But there have been disappointments.

It had been expected that China would improve its offer to peak emissions by 2030. At least a token gesture was anticipated, but it's brought nothing.

The only consolation for the COP is that China usually over-delivers on its promises - unlike some others.

Take the US. Former Presidents George Bush Jnr and Donald Trump both withdrew the US from the Paris climate agreement.

The election of a Republican governor in Virginia yesterday raises the spectre of Mr Trump's possible return, which would probably undo climate measures all over again.

Negotiators will now get down to the messy task of sorting out a rule book, so that nations can trust each other's carbon-cutting plans.

They'll be rowing about the lack of government finance for poor countries, and the need for more money to adapt to global heating. And they want "loss and damage" - code for compensation for harm done to them by the emissions of poor nations.

The Virginia news won't help trust - but there's a feeling that by the standards of many COPs, this has got off to a good start.

Roger Harrabin has been covering climate change for 35 years. The first UN climate meeting he reported from was the Rio de Janeiro Earth Summit in 1992.

COP26: 'Moment of truth' as world meets for climate summit