One million football fields and the entire Grand Canyon: This is how big US and Canada wildfires are 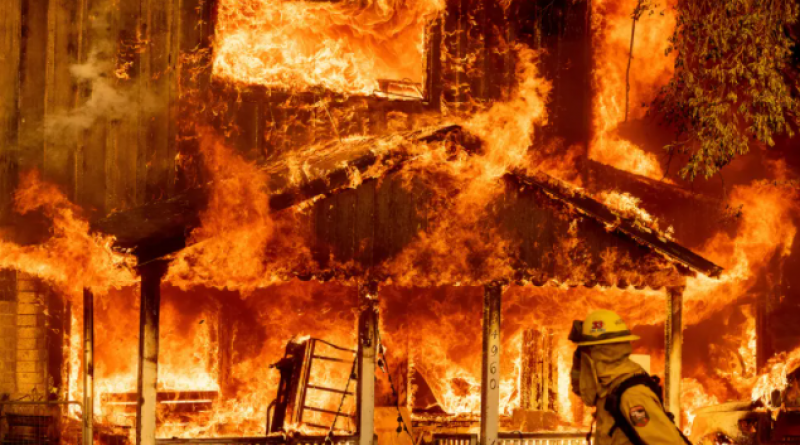 Around 1.2 million acres of land burning by end of last week.

Wildfires have been raging across large swathes of the US as the western part of the country continues to grapple with crippling heatwaves.

Firefighters have struggled to contain the flames and evacuation orders have been issued in parts of California, Oregon, Idaho, Montana and British Columbia, Canada.

Axios reported that emergency responders were battling 55 large fires across the US as of Sunday, with 11 occurring in Arizona alone.

California and other parts of the West are sinking deeper into drought amid a heatwave that has increased the risk of fires in many areas.

In the Golden State, in particular, Governor Gavin Newsom has signed an emergency order to free up additional energy capacity and urged all Californians “to do their part to conserve energy”.

The National Weather Service warned the dangerous conditions could lead to heat-related illnesses as the West buckled under triple-digit temperatures set to continue into this week.

The climate crisis is widely acknowledged by scientists to have been exacerbating conditions that add fuel to wildfires, such as high temperatures and dry vegetation, making them more frequent and more intense.

How big are the fires?

At least 768,000 acres of land in 12 western US states and more than 500,000 acres in Canada were burning as of Sunday. In total, this means fires are tearing through over 1.2 million acres across both countries.

That translates translates to 52 million square feet. In terms of visualising the combined area of each individual blaze, 1.2 million acres is roughly a million American football fields.

Put another way, one acre alone translates to 43,560 ft, which equals the same square area as 16 tennis courts, meaning more than 16 million tennis courts worth of land is currently on fire.

The area burning in the US alone matches the entire area of Rhode Island, which is measured at 776,900 acres. Both the US and Canada’s fires combined equals more than ten of Manhattan’s Central Park.

According to a number of estimates, an acre is enough space to fit about five single-family homes. The space on fire could house more than five million residences.

Oregon’s Bootleg Fire, the largest of all the ongoing fires, has already destroyed 153,535 acres of land, a number that sits at around the same size as the City of Chicago.