One Billion People May Become Climate Refugees By 2050. 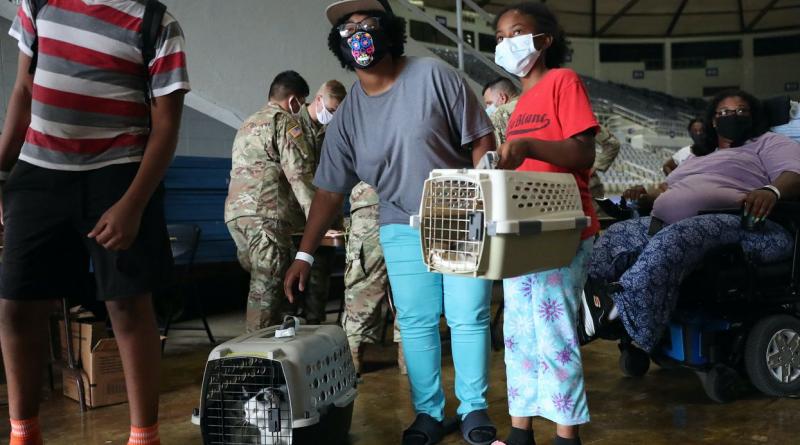 If all the glaciers and ice caps on the planet melted, global sea level would rise by about 230 feet. That amount of water would flood nearly every coastal city around the world [source: U.S. Geological Survey]. Rising temperatures, melting arctic ice, drought, desertification and other catastrophic effects of climate change are not examples of future troubles — they are reality today. Climate change isn't just about the environment; its effects touch every part of our lives, from the stability of our governments and economies to our health and where we live.

Where would you go if, say, a flood devastated the city you live in? Millions of people around the world have been forced to answer this question. In 2017, 68.5 million people were displaced — more than at any point in human history, according to the Brookings Institute. More than one-third of those were uprooted by sudden weather events, including floods, forest fires and intense storms. A2018 report from the World Bank, which focused on three regions — Sub-Saharan Africa, South Asia and Latin America — found that without tangible climate action, more than 143 million people in just these three areas will be forced to move to escape the impacts of climate change by 2050.

But more than 1 billion people worldwide will live in countries with insufficient infrastructure to withstand climate change by 2050. The Pacific Islands are expected to be affected especially hard. Sea level there is already rising at almost 0.5 inches per year. Eight islands have already been submerged and two more are close to vanishing. By the year 2100, experts fear 48 more islands in the Pacific will be completely underwater.

So what about the people who live there? What do we call these people who will be displaced? It's actually complicated. It's difficult to determine what category these migrants should fall under because no global definition exists. Why does that matter? Without a standard method of classification, there's no way to track how many people are affected or displaced by an environmental or climate event. So the most commonly used term is "environmental refugee."

... those people who have been forced to leave their traditional habitat, temporarily or permanently, because of a marked environmental disruption (natural and/or triggered by people) that jeopardized their existence and/or seriously affected the quality of their life.

This working definition has been the baseline for current debate.

But according to the 1951 Geneva Refugee Convention, a refugee "is someone who is unable or unwilling to return to their country of origin owing to a well-founded fear of being persecuted for reasons of race, religion, nationality, membership of a particular social group, or political opinion" [source: United Nations High Commissioner for Refugees]. Environmental refugees do not legally fall under this status.

Why environmental refugees flee their homes is a complicated mixture of environmental degradation and desperate socioeconomic conditions. People leave their homes when their livelihoods and safety are jeopardized. What effects of climate change put them in jeopardy? Climate change triggers, among other problems, desertification and drought, deforestation, land degradation, rising sea levels, floods, more frequent and more extreme storms, earthquakes, volcanoes, food insecurity and famine.

The September 2020 Ecological Threat Register Report, by the Institute for Economics & Peace, predicts the hardest hit populations will be:

The report also suggests that developed countries like the United States and regions like Europe are not immune. "The European refugee crisis in the wake of wars in Syria and Iraq in 2015 saw 2 million people flee to Europe and highlights the link between rapid population shifts with political turbulence and social unrest." Developed countries including Sweden, Norway, Ireland face little to no threat, the report found.

Climate change does not impact all people and all parts of the world in the same way. While floods ravage some areas, deserts are spreading in others. Desertification and depleted resources, including shortages of water and fertile land, are long-term consequences of climate change. But one of the biggest threats will be food insecurity.

"Ecological threats and climate change pose serious challenges to global peacefulness," Steve Killelea, founder and executive chairman of the Institute for Economics and Peace said in the in the 2020 Ecological Threat Report. "Over the next 30 years, lack of access to food and water will only increase without urgent global cooperation. In the absence of action civil unrest, riots and conflict will most likely increase. COVID-19 is already exposing gaps in the global food chain."

The report suggests global demand for food will increase by 50 percent by 2050. That means if there's no increase in food supply, many people could starve or be forced to flee in search of food. Currently, more than 2 billion people around the world are already food insecure.

When faced with the decision to flee, most people want to stay in their own country or region. Leaving a country requires money and could mean leaving behind family; simply relocating from a rural to urban area in search of work and resources may be easier. Plus, the chance to return and resettle back home is unlikely if a family leaves their country entirely. In instances when an area is temporarily inhabitable, like after a destructive hurricane, returning home may be an option. But when coastlines — or entire islands — are underwater, the possibility of going home is out of the question.

The future impacts of climate change will disproportionately affect the world's poorest but will also pressure countries around the globe through mass migration of refugees. Adaptation and resilience will be the key to reducing displacement risk — both temporary and permanent — in the forms of early warning systems and flood-defense infrastructure, sustainable agriculture and drought-resistant crops, as well as other protections.

This story originally appeared in HowStuffWorks and is republished here as part of Covering Climate Now, a global journalism collaboration strengthening coverage of the climate story.

New Book Argues Migration Isn't A Crisis — It's The Solution