The Observer view on the climate catastrophe facing Earth. 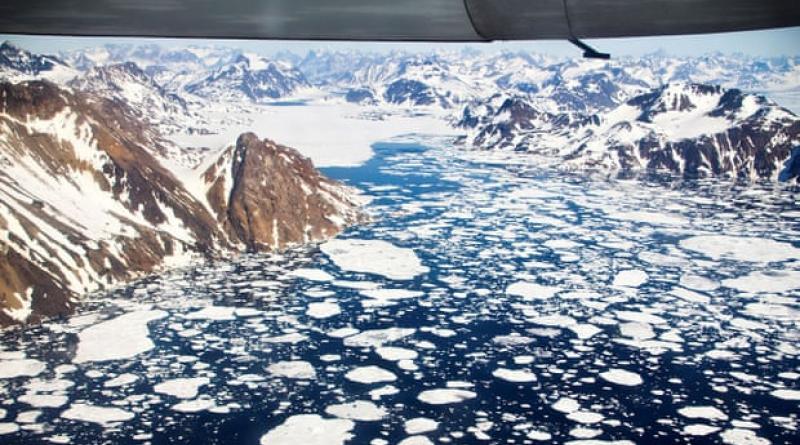 Thirty years ago we were warned. Now is our last chance to listen.

Thirty years ago this week, the population of Earth was given official notification that it faced a threat of unprecedented magnitude. Emissions of carbon dioxide and other greenhouse gases, spewed into the atmosphere from factories and vehicles burning fossil fuels, were pinpointed, definitively, as triggers of future climate change. Melting icecaps, rising sea levels and increasing numbers of extreme weather events would be the norm for the 21st century unless action were taken, warned the authors of the first assessment report of the Intergovernmental Panel on Climate Change (IPCC).

The scientists had been charged by the IPCC, which had been set up two years earlier, with establishing whether climate change was a real prospect and, if it was, to look at the main drivers of that threat. They concluded, in a report released in August 1990, that the menace was real and that coal, gas and oil would be the principal causes of global heating. Unless controls were imposed on their consumption, temperature rises of 0.3C a decade would be occurring in the 21st century, bringing havoc in their wake.

Three decades later, it is clear that we have recklessly ignored that warning.Fossil fuels still supply 80% of the world’s energy, carbon dioxide levels in the atmosphere continue to rise and global temperatures are still increasing. According to Met Office statistics, there was a 0.14C increase in global temperatures in the decade that followed publication of the first assessment report. This was then followed by a 0.2C increase in each of the following two decades. The world could easily heat by 3C by the end of the century at this rate, warn scientists.

The impact on the world will, by then, be catastrophic. As the Observer reveals this week, our overheating planet has already lost a staggering 28tn tonnes of ice from its ice sheets and glaciers, triggering sea level rises that are now accelerating at a rate that matches the worst-case scenario predictions of the IPCC.

Or consider the heatwave that struck Siberia this year, bringing forest fires, permafrost melting and pest invasions in its wake. Such an event would have been impossible in a world with limited, pre-industrial levels of carbon dioxide in its atmosphere.

It would therefore be tempting to blame IPCC scientists for this troubling state of affairs. Should they not have guided us more adroitly through these worrying times? Could they not have acted with more precision? Certainly, the organisation is not without its critics who have claimed, on occasions, that it is overstaffed and sometimes slipshod in its work.

However, we should be careful when apportioning blame for the world’s failure to act over climate change. It is the government members of the IPCC who are at fault for ignoring their own scientists’ warnings. They have allowed lobbying by the fossil fuel industry to play havoc with attempts to limit carbon emissions, while nations such as Canada, Saudi Arabia and the United States have blocked all attempts to limit global fossil fuel consumption.

By contrast, the IPCC has at least made the world aware of the impending crisis, a task of considerable complexity. Getting scientific experts from 195 nations to agree anything can be likened to the herding of a similar number of bad-tempered cats.

Thanks to the IPCC, we are at least aware of the problem that now faces our world. We know exactly how much fossil fuel we have left to burn if we want to limit global temperature rises to a relatively safe rise of 1.5C. Individual nations have until next year – at the United Nations climate change conference in November – to announce how they will achieve those reductions in oil, gas and coal burning in order to make that target possible and to halt global heating. It is an achievable aspiration even at this late date. We still have hope, in other words.

Southern Africa’s temperatures are rising at twice the global average rate, according to the IPCC.