A Nuclear Renaissance Could Soon Begin 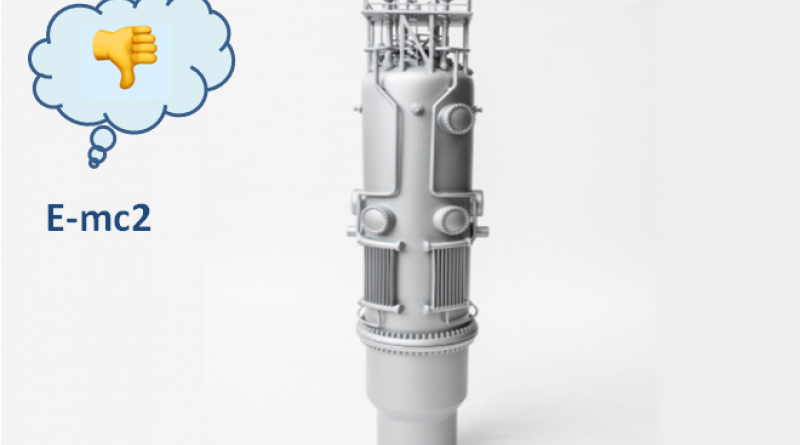 Small Modular Reactors have been called the future of nuclear

The irony of nuclear power is that despite it being one of the safest forms of energy available, its use has declined over the years in no small part due to public concern. Very few accidents have ever taken place at nuclear power plants. Yet when they do the results are nightmarish catastrophes which have turned people against it. However, in comparison to coal it produces 330 times fewer deaths. Compared to oil the number is 263 times fewer and compared to gas it’s 38 times fewer. Overall nuclear power is over 97% safer than coal, oil, or gas.

It’s also an essential component for our transition to a clean power grid. Solar and wind cannot provide power 24 hours a day, hence the gaps in energy production must be filled by another source. Like nuclear.

Nuclear is by far the most reliable and potent of all energy sources, but this reliability comes at a high price. The construction of a single plant is a complex project that can take around 7 years and billions of dollars to complete. Because most people do not want them constructed near the city, high voltage power cables represent an additional cost for carrying electricity between the city and the plant.

Once they’re built and producing power, the cost per kilowatt (kW) can be significantly higher than that of a gas plant. The difference can be as big as $6,000 per kW versus $850 per kW for gas. Gas plants also only cost in the hundreds of millions — not billions — to build and are finished in just a couple of years. This is why some countries are still opting to invest money into building new gas power plants for cheap power even as scientific opinion warns against it. It’s an easy decision to justify when the cost of nuclear has risen and not fallen over the years. It is now the second most expensive form of power generation behind gas peaker plants.

There is a reason many people say that Small Modular Reactors (SMRs) are the future of nuclear energy. As the name implies, SMRs are smaller, stackable versions of full-size power plants. The reactors themselves can be about 65 feet tall and sit inside containment vessels that are 76 feet tall. Their much simpler and more compact design means that SMRs can be factory built and then transported via rail or ship.

Inside the containment chamber there is a pool of water which is heated as it passes over the core. Using a series of tubes and turbines, as well as the natural effects of gravity and buoyancy, each SMR is fully capable of generating steam without need for pumps or complicated safety measures. In case of an accident SMRs will naturally slow down their reactions using properties such as pressure differences and heat convection. The key is to take the steam generating and heat exchanging components of a full-size plant and orchestrate them into an elegant, compact module.

A single module of 77 Megawatts (MW) can provide enough carbon-free power to sustain 60,000 homes at a reliability level of over 99%. Their modularity means, of course, that more than one unit can be installed at any given location. Depending on the module design some may even be installed underground in order to protect them from natural disasters, such as the one which caused the Fukushima meltdown.

As opposed to larger power plants that need to be shut down and refueled every 24 months, refueling times for more efficient SMRs can be as long as 20 years. Their ability to be factory produced and their decreased reliance on operative workers also means they have shorter construction times and a cost as low as $3 billion as opposed to over $10 billion for a traditional nuclear plant.

One example of innovative SMR designs come from a company called NuScale whose modules could save $4 billion over traditional plants and could produce 720 MW in an area of just 35 acres. This same energy production from a traditional plant would require nearly 18 times that amount of land. As compared to renewables like solar and wind, SMRs could generate the same amount of power in just 1% of the space.

While their size does come with all these added benefits, there is of course the obvious fact that SMRs do not produce as much power as a traditional plant. They produce less than 300 MW. This is paltry in comparison to the 1,600 MW of a normal plant, but SMRs aren’t meant to work on their own. They are meant primarily to supplement the grid in order to make other carbon-free energy sources like wind and solar more feasible. Their scalability does bring the opportunity to generate more power but increasing the number of reactors also increases the probability that something might go wrong. Another safety issue arises when we consider that the passive safety features used by SMR modules are still susceptible to accidents, such as hydrogen explosions. They may end up requiring backup safety mechanisms that could dramatically increase their production cost.

Still, their potential benefits have been enough to attract a lot of attention and investments from several different countries. In the US, the company NuScale was awarded $1.35 billion by the Department of Energy and promises the country will have its first running SMR power plant within the next 9 years. Once online their target is a levelized cost of electricity (LCOE) of $65/MWh, a number that’s neither terrible nor ideal. Their design was the first to receive U.S. Nuclear Regulatory Commission approval. TerraPower, founded and funded by Bill Gates, is also working on SMR development. Overseas China has approved their SMR ACP100 project and Russia is constructing their RITM-200N plant to provide SMR power by 2028.

Besides making SMRs more efficient and cost competitive, so too do we have to worry about the bigger overall problem of nuclear waste. As spent fuel continues to sit in temporary storage for decades, some of this waste has begun to leak out of their containers. Increasing our number of reactors would only worsen this problem, though there are many proposed solutions such as recycling the waste in a new kind of reactor that runs on spent fuel.

There is an obvious link between energy and the future of mankind. The better we can learn to harness one, the more advanced the other can become. Our goal is to have a more harmonious relationship between our growing energy needs and the demand we place on the planet. Nuclear power is a necessary component of this cleaner grid, and SMRs may well be its upcoming future.