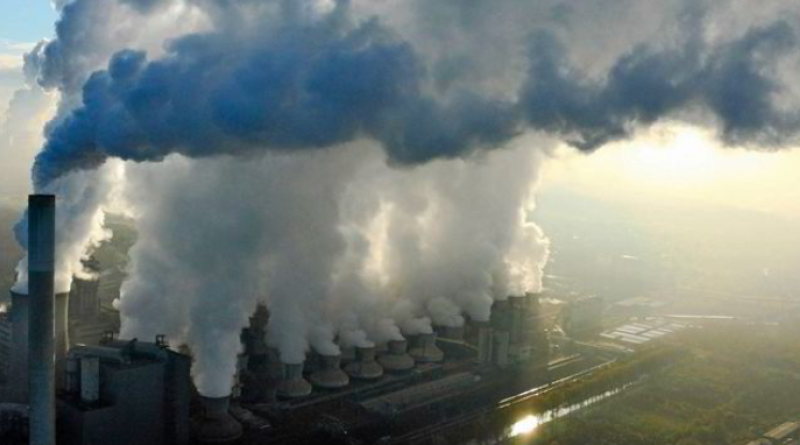 The UN’s Intergovernmental Panel on Climate Change (IPCC) warned “it’s now or never” in the fight against global warming, with greenhouse gas emissions needing to peak by 2025 at the latest to stave off the worst impacts.

In what the UN’s secretary general branded a “file of shame” for fossil fuel vested interests, the climate watchdog said emissions would after peaking within three years need to fall by 43% by the end of the decade to limit warming to 1.5°C, in what it admitted would be a gigantic task led by huge deployment of renewables.

“It’s now or never, if we want to limit global warming to 1.5°C,” said Jim Skea, co-chair of the working group that produced the third in the IPCC’s series of reports on the climate emergency.

“Without immediate and deep emissions reductions across all sectors, it will be impossible.”

The report concludes that “reducing GHG emissions across the full energy sector requires major transitions, including a substantial reduction in overall fossil fuel use, the deployment of low-emission energy sources, switching to alternative energy carriers, and energy efficiency and conservation.”

Alternative fuels such as hydrogen should play a key role in decarbonising heavy industrial processes – the IPCC said that “hydrogen direct reduction for primary steelmaking is near-commercial in some regions” – and heavy transport including shipping and aviation.

Wind, solar and battery storage are given the star billings in the huge shift recommended by the IPCC, which noted their steep cost reductions means that “electricity systems powered predominantly by renewables are becoming increasingly viable”.

A wide array of other technologies are also assessed as having the potential to make a contribution, such is the urgency of the challenge facing the world.

They include carbon capture and storage (CCS) and various options for carbon reduction – including, potentially, direct air capture technology of the sort that is backed by the likes of Bill Gates but whose viability is the subject of major controversy.

On the flip side, the IPCC calls time on unabated fossil fuels, most immediately coal, and warns investors that they face seeing trillions of dollars of hydrocarbon assets stranded by mid-century.

The report’s conclusions sparked an outspoken response from UN secretary general António Guterres, who said: “The jury has reached a verdict. And it is damning.

“This report of the Intergovernmental Panel on Climate Change is a litany of broken climate promises. It is a file of shame, cataloguing the empty pledges that put us firmly on track towards an unlivable world.”

Guterres added: “Some government and business leaders are saying one thing – but doing another. Simply put, they are lying, and the results will be catastrophic.”

The UN chief accused “high-emitting corporations and governments” of “choking our planet, based on their vested interests and historic investments in fossil fuels when cheaper, renewable solutions provide green jobs, energy security, and greater price stability”.