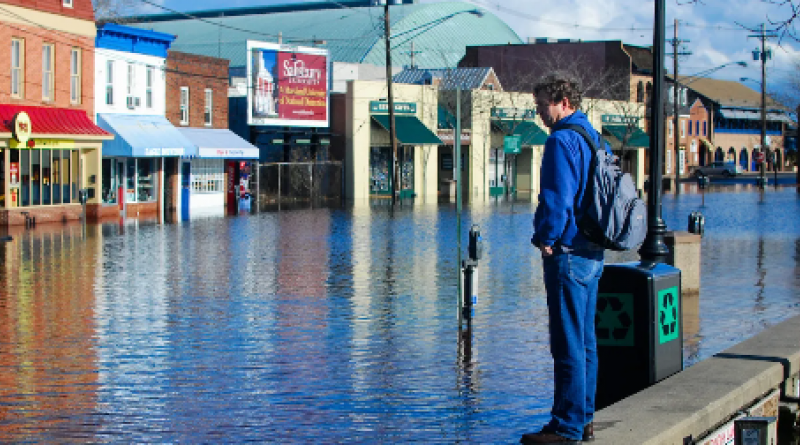 The National Oceanic and Atmospheric Administration (NOAA) said Tuesday that a trend of increased coastal flooding will continue to worsen as the climate crisis escalates.

Increased flooding is happening even without storms. "Nuisance" or "sunny day" high-tide flooding is becoming more commonplace across the U.S., according to the NOAA report that warns such flooding will worsen in the decades to come as seas continue to rise, according to USA Today.

The agency noted record levels of high-tide flooding in 2019. Some of the hardest hit areas were on the Atlantic and Gulf coasts, where the increase in high-tide flooding has been "extraordinary," according to the report, 2019 State of High-Tide Flooding and 2020 Outlook.

The number of days with high-tide flooding set or tied records in 19 places around the country last year, including Corpus Christi, Texas, which recorded 18 days of flooding; Galveston, Texas (18 days); Annapolis, Maryland (18 days); and Charleston, South Carolina (13 days), as The New York Times reported. The place with the greatest number of recorded flood days was Eagle Point, Texas, in Galveston Bay; it dealt with high-tide flooding on 64 days, or about one out of every five days.

Those numbers represent huge jumps in a short period of time, the report found. In 2000, Corpus Christi had just three days of tidal flooding; Charleston had two. The report notes that Charleston recorded just 13 days of high-tide flooding in the more than 50 years that measurements were first kept — the exact amount that occurred in 2019 alone, according to The New York Times.

The Southeast, on average, has seen a three-fold increase in flooding since 2000, according to NOAA.

The Northeast will not be spared. NOAA predicts that from May 2020 to April 2021, the national high tide flood frequency is expected to accelerate, with U.S. coastal communities seeing an average of 2 to 6 days of flooding in the coming year. Communities along the northeast and western Gulf coasts are projected to see even more days of flooding, according to the report.

"America's coastal communities and their economies are suffering from the effects of high tide flooding, and it's only going to increase in the future," said Nicole LeBoeuf, acting director of NOAA's National Ocean Service, in a statement. "NOAA is committed to working with coastal communities to provide the information and data they need to tackle the problem of high tide flooding, both now and in the coming years as sea levels continue to rise."

High-tide flooding occurs when tides reach anywhere from 1.75 to 2 feet above the daily average high tide and start spilling onto streets or coming up from storm drains, according to NOAA. As sea level rise accelerates, damaging floods that used to happen only during severe storms now happen much more regularly, such as during a full-moon tide or with a change in prevailing winds or currents.

By 2030, NOAA projected, the frequency of high-tide flooding could double or triple, according to The New York Times. By 2050, that number could be five to 15 times as great, with the typical coastal community flooding between 25 and 75 days a year, NOAA said, as The New York Times reported.

"You see where this is going," LeBoeuf said. "We all need to pay attention."