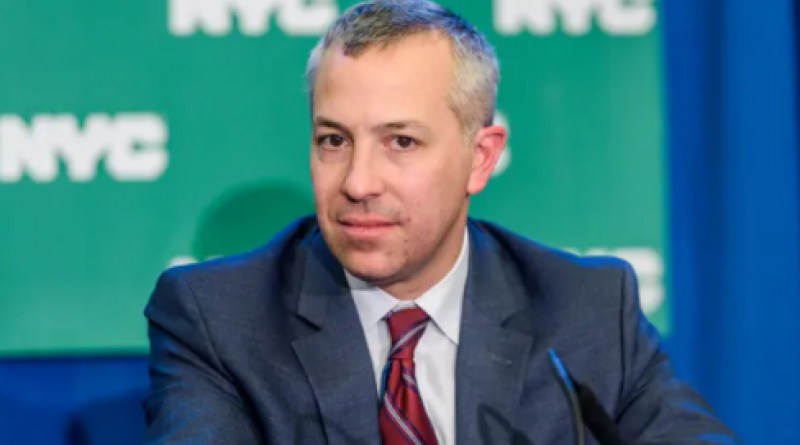 Following an eight-year tenure as New York City’s climate tsar, a tumultuous period when the city faced Superstorm Sandy and charged headlong into a legal battle with fossil fuel companies, Daniel Zarrilli is departing his position.

A long-term city employee and ally of Mayor Bill de Blasio, Zarrilli said it was the “right time to move on and hand over the reins” by resigning as New York City’s top climate adviser and moving on to an unspecified role that will also work on the climate crisis.

Zarrilli said a departing hope was that Joe Biden’s administration would kickstart efforts to help New York City stave off the growing menace of sea level rise and fierce storms.

An ambitious, $119bn plan to protect the largest US city from flooding via a series of man-made islands with retractable gates that would erect a six-mile wall to halt surging stormwater was scrapped as an option by the federal government last year after Donald Trump called it “foolish” and advised New Yorkers to get “mops and buckets ready”. 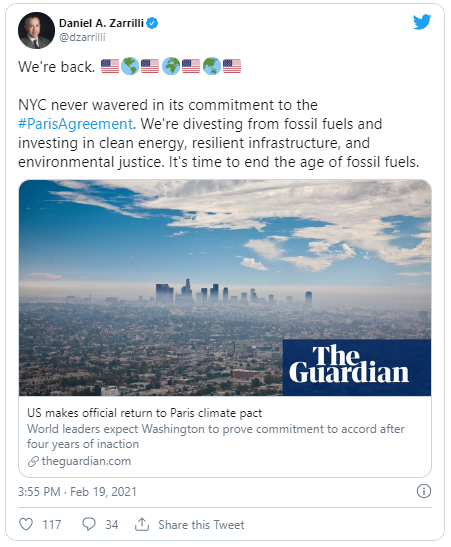 “That longer-term study was canceled but we are seeing more partnership with the federal government again,” Zarrilli said. “We’re hopeful the infrastructure bill will be a major climate bill that will be to the benefit of New York and cities around the world. It’s been a remarkable whiplash; we were fighting off the federal government for four years due to its reckless leadership. We will now see more flood defenses in the city – we are already under way with that.”

Zarrilli, an engineer by training who lives on Staten Island, has grappled with a stampede of climate issues since he was appointed by the then mayor Michael Bloomberg in the wake of Sandy, which plunged parts of New York City into darkness and devastated homes in low-lying parts of the city. A long-term strategy to make the city more resilient to the ravages of global heating was drawn up, along with a new effort to confront environmental injustices that see low-income people of color disproportionately suffer from the onset of heatwaves and flooding.

New York to Approve One of the World’s Most Ambitious Climate Plans.

Biden Is Betting His Whole Climate Agenda on Infrastructure.