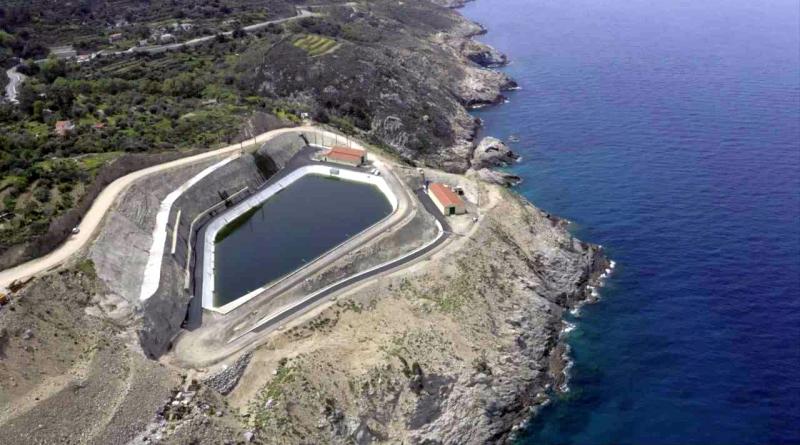 Ikaria creates a new paradigm for the clean energy transition.

A pumped storage energy project comes on line on the Greek island of Ikaria on World Environment Day.

The  Public Power Corporation of Greece inaugurated on the 5th of June, World Environment Day a unique and pioneering energy project called "Naera" in the island of Ikaria. The project is a pumped storage hybrid energy project that combines wind and hydraulic energy.

Following in the footsteps of nature, using the Water (greek “Nero”) and Air (Greek: “Aeras”) cycle, a pioneering energy project, at national and European level, was created on the island of Ikaria and was named : Naeras.

“Naeras” in Ikaria island, is one of only two hybrid energy projects in Europe that combine wind and hydraulic power.

The idea of ​​its implementation was born by the Development Company of the former Municipality of” Raches”  of  Ikaria and the Department of Hydroelectric Energy Development of PPC SA, completed the final study.

The main objective of the project is to increase the penetration of Renewable Energy Sources (RES) into the Ikaria Electricity Network and to reduce the quantity of conventional fuel oil used at the Local Production Station in Agios Kirikos to produce energy, thus reducing substantially the carbon footprint of this iconic Aegean island.

The successful operation of the project will create a new, much needed, paradigm of how to achieve energy autonomy of non-interconnected islands and island complexes, using only RES and thus pave the way for the energy transition to the new clean energy era, which is a prerequisite to tackle the climate crisis looming upon us..

Naeras pumped storage plant consists of the following parts (PHOTOS AT THE END OF THE ARTICLE):

1. A Wind Park (W/P) in the hill area of ​​Stravokoundoura, consisting of three wind turbines of 900 kW power output each.

2. A Small Hydroelectric Power Station (SHPP) of Proespera, with a 1.05 MW hydro turbine, fed only by the excess water of the reservoir of the Pezí dam (after meeting the needs for water supply, ecological supply and local irrigation).

3. A Kato Proespera SHPP with two hydro-turbines of total capacity of 3.1 MW, fed from the excess water of the reservoir in Proespera and the pumped water.

4. Two reservoirs of 80,000 m3 of water one in each of the Proesperas and Kato Preesperas areas, which will serve the needs of the pumped water for the storage of wind energy and a water reservoir of a total volume of approximately 910,000 m3 at Pezi.

5. The pump station of Kato Proespera with 12 pumps of rated power 250 kW each, 4 of which are of variable speed.

6. The energy control and load distribution centers of Naeras and Ikaria, installed in an area within the local electricity production station of PPC at Agios Kirikos, that facilitates the communication between various parts of the system and ensures the reliability of the electricity system of the island.

The Proesperas SHPP produces energy from the overflow of the old Pesi dam. It only works during the non-irrigation period (October-April). Throughout the year, water flows between the upper and the lower reservoir through 12 pumps and 2 pipelines and hydroelectric power is produced by the SHPP of Kato Proesperas, which in turn is fed into the island's electricity network.

The fundamental function of this pumped storage energy Project is based on the fact that the wind power produced by the wind park at Stravokountoura, is used for the operation of the pump station, which pumps water from the lower to the upper reservoir and therefore  wind energy from the Wind Park, is  "stored" in the pumped water which will eventually be released to the island's electricity network through the SHPP of Kato Proespera, when the water will return to the lower reservoir.

It is estimated that Naeras will produce a total net clean energy of 9.8 GWh / year, covering much of the island's annual energy needs, especially during the winter months

Projects benefits for the local community:

Naeras will offer, directly and indirectly, significant economic, social and environmental benefits to the island of Ikaria:

• The construction of a new Medium Voltage Electricity Network for Pezi, costing around € 190,000.

• Reconstruction of the bridge in the area of Gemelion, costing € 70,000

It took its name from Icarus, the mythological figure that wanted to fly to the sun.

According to the Greek mythology Icarus died there after falling from the sky and the island took his name.

Daedalus conceived to escape from the Labyrinth with Icarus from Crete by constructing wings and then flying to safety.

He built the wings from feathers and wax, and before the two set off he warned Icarus not to fly too low lest his wings touch the waves and get wet, and not too high lest the sun melt the wax.

But the young Icarus, overwhelmed by the thrill of flying, did not heed his father's warning, and flew too close to the sun whereupon the wax in his wings melted and he fell into the sea.

Daedalus escaped to Sicily and Icarus' body was carried ashore by the current to an island then without a name. Heracles came across the body and recognized it, giving it burial where today there still stands a small rock promontory jutting out into the Aegean Sea, and naming the island and the sea around it after the fallen Icarus. 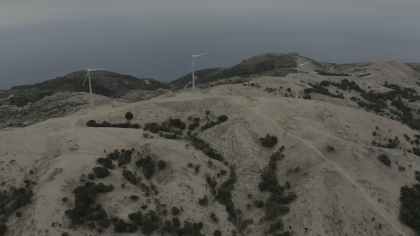 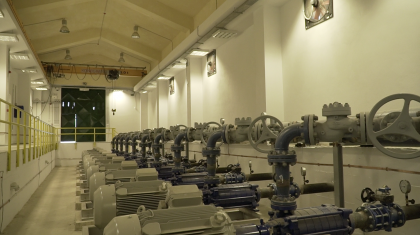 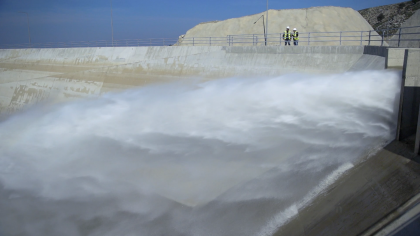 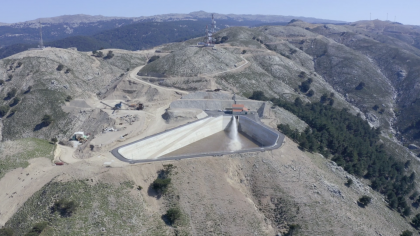 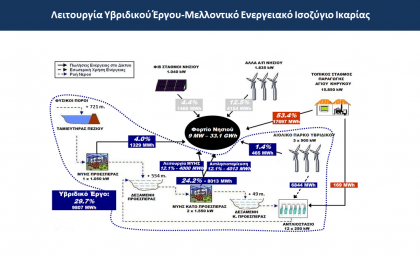 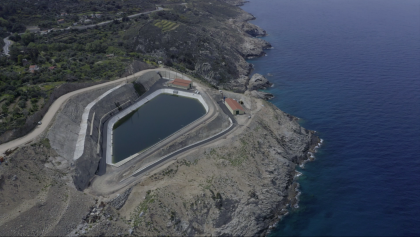