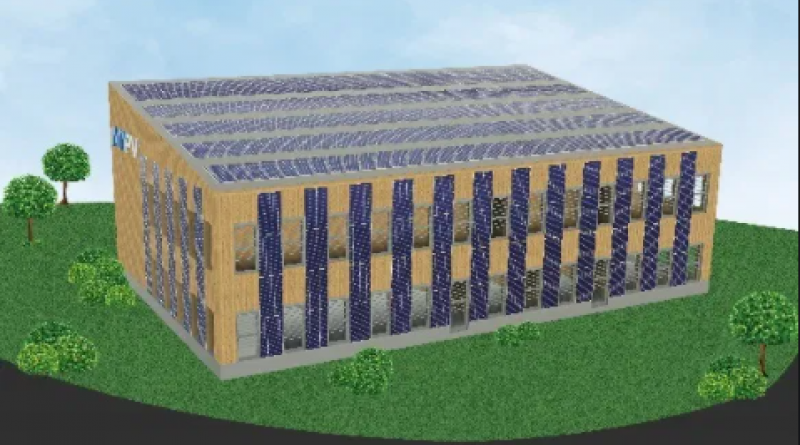 Since photovoltaic systems do not always produce the same amount of electricity and commercial buildings do not always require full heating power, buildings using solar-electric power need sufficient storage mass for surplus energy from PV. “Due to its high mass density, concrete is an excellent heat storage,” says Managing Director Gerhard Rimpler, explaining why My-PV thermally activates the concrete mass in the building foundation with surplus solar power. The solid construction element absorbs heat and releases it again with a time delay. This means that electricity does not have to be fed into the grid. At the same time, load peaks are smoothed out.

Usually, water or air heat the building foundation. My-PV's concept, however, provides for an electric underfloor heating system to transfer energy to the foundation concrete. “This way, solar energy is only converted into heat where it is needed, directly in the floor,” explains Rimpler. AC-THOR 9S power managers from My-PV regulate the heating power and are infinitely variable from 0 to 100%.

Since there is no need for hydraulic storage tanks and distribution pipes, the financial and material demand for solar-electric heating technology is significantly lower than for water- and air-operated systems. Solar-electric heat generation is also completely silent and maintenance-free.

My-PV is implementing the concept for the first time in its new headquarter building in Sierning, Upper Austria. “It goes without saying that we are also proceeding completely according to our guiding principle of ‘cables instead of pipes’ for our new company headquarters,” says Rimpler. In March, the electric heating wires were laid, which were then cast into 25- to 50-cm thick concrete. A 100 kWp photovoltaic system on the roof and facade produces enough surplus energy to be stored by power-regulated 40-kilowatt electric heating wires in the foundation and upper floor screed. The heating load of the low-energy house constructed with lightweight timber is significantly lower than 40 kW, but the excess energy can be temporarily stored by the construction element activation and released again later. 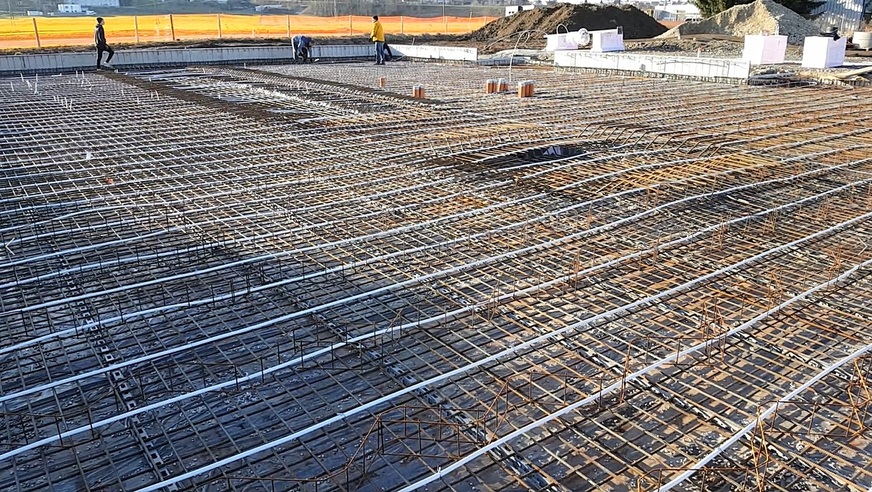 The annual costs for water and electricity for the building with a floor area of 858 square meters are expected to be around 2,100 euros. This is 67 per cent less compared to conventional heating technology. “Operating a commercial building of this size at such a low cost is a novelty,” emphasizes Rimpler.

“The house of the future is solar-electric”

In single-family homes and multi-story residential buildings, My-PV has already been successfully using the “cables instead of pipes” concept for years. However, this complete solar-electric building technology in a commercial building is also new to the My-PV team. The concept was extensively simulated in advance with several simulation tools. “The house of the future is solar-electric. This now also applies to heating in corporate buildings,” says Rimpler. (mfo)