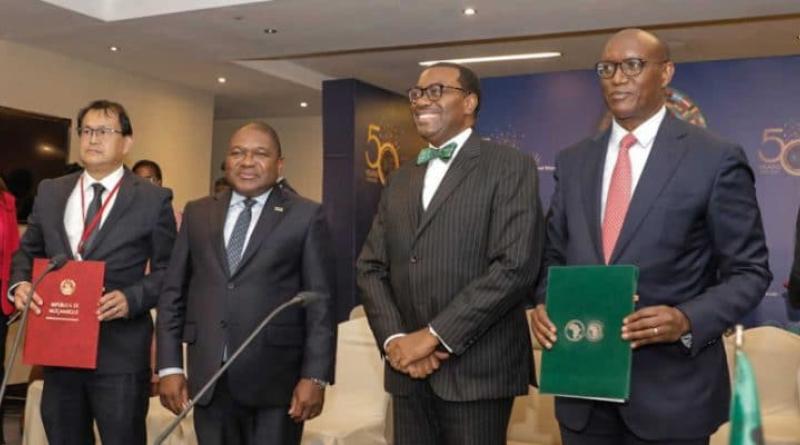 After the International Finance Corporation (IFC), the subsidiary of the World Bank Group, it is the turn of the African Development Bank (AfDB) to support the implementation of the Mphanda Nkuwa mega hydroelectric project in the Tete province, in western Mozambique. This support was materialised by the signing of an agreement between Carlos Yum, the Director of the Mphanda Nkuwa Hydroelectric Project Implementation Office (GMNK) and Kevin Kariuki, the AfDB Group Vice President in charge of Electricity, Energy, Climate and Green Growth.

This was on Tuesday, 23 May 2022, in the presence of Mozambican President Filipe Nyusi, on the sidelines of the AfDB Annual Meetings, which are being held in the Ghanaian capital, Accra, until 27 May 2022. The pan-African bank is thus committed to providing advisory services for the implementation of the Mphanda Nkuwa hydroelectric project.

“The partnership with the AfDB Group strengthens the capacity of our implementing agency to develop the Mphanda Nkuwa project,” says Carlos Yum. The project involves the construction of a hydroelectric dam on the Zambezi River in the Marara district. Its 1,500 MW power plant will be located 60 km downstream of the Cahora Bassa dam, which has a capacity of 2,075 MW. The dam will be located 70 km upstream from the town of Tete, the capital of the province.

A transmission system comprising 1,300 km of 550 kV high-voltage direct current line will also be built between Cataxia and the Mozambican capital Maputo. However, this mega project, necessary for Mozambique’s energy development, is controversial because of its environmental and social impact. The Mphanda Nkuwa dam reservoir is expected to push out 1,400 families and impact the livelihoods of 200,000 people.

Faced with this possibility, the GMNK director is rather reassuring. “The AfDB will ensure that international environmental, social and governance standards are respected. It will also ensure that associated standards are met during development, and that the project is attractive to developers, financiers and reputable investors to ensure competitive and low-cost energy for Mozambique and Southern Africa,” says Carlos Yum. The project is expected to reach financial close by the end of 2024. The Mphanda Nkuwa hydropower plant is expected to be operational in 2031.