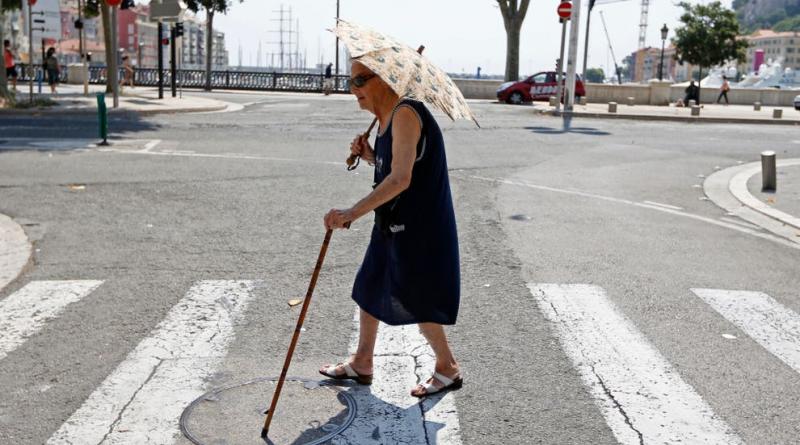 Having a home flooded may cause post-traumatic stress disorder and extreme heat inflates risk of heart disease, researchers say.

More than 12 million people in the UK face serious health problems – or potentially even death – from extreme weather caused by the climate crisis, a study has warned.

Having their home flooded leaves people at risk of suffering mental illness, including post-traumatic stress disorder (PTSD), while those with conditions such as diabetes and heart disease are particularly vulnerable to summer heatwaves, the report says.

It comes in a week when scientists calculated sea levels would rise more rapidly than previously thought, increasing the risks of flooding globally.

Two months ago, a Lancet report on the climate crisis and human health found that over the past two decades, there had been a 54 per cent increase in heat-related deaths in people over 65, the age group most vulnerable to heatwaves.

The new report, from the Climate Coalition and the Priestley International Centre for Climate at the University of Leeds, says about 1.8 million people in the UK live in areas at significant risk of flooding – a number that could rise to 2.6 million in 17 years.

As well as the immediate risk of death and injury, floods are deeply traumatic for those affected, the report says. Almost one in three people has reported suffering from post-traumatic stress disorder after having their house flooded.

And overall, flood victims have been found to be up to four times more likely on average to suffer mental health issues, including depression, anxiety or PTSD, than those unaffected by flooding.

The study authors calculated that just under 12 million people in the UK are “dangerously vulnerable” to future summer heatwaves, particularly the elderly or people with conditions such as diabetes or heart disease.

In the UK, heat-related deaths in people over 65 rose by21 per cent between 2004 and 2018, according to the Climate Coalition.

The 2003 heatwave led to 2,234 excess deaths, the ClimateChange Committee has reported.

Last year, the UK suffered 16 “tropical nights”, where temperaturesremained above 20C – and they will become more common in the UK in future, meteorologists have warned.

Last month 167 flood warnings were issued across England and Wales as Storm Christoph swept in, with thousands of people having to flee their homes.

The Climate Coalition, which includes the NationalTrust, WWF, the Women's Institute, Oxfam and RSPB, reckons that if a quarter of the population in England cycled regularly and there was widespread use ofelectric bikes, total deaths from all causes would fall by 11 per cent.

The health risk estimates were based on calculations from the Climate Just webtool, and released as part of the annual “Show the Love” campaign aimed at tackling the climate crisis.

Elizabeth Robinson, professor of environmental economicsat Reading University said: “The UK is, perhaps surprisingly, particularly vulnerable to extremes of heat. This is predominantly due to the proportion of people with certain existing conditions, demographics, and the high rate of urbanisation and low rate of air conditioning.”

Humans can’t be healthy on a sick planet.

Mark Carney: Climate crisis deaths 'will be worse than Covid'