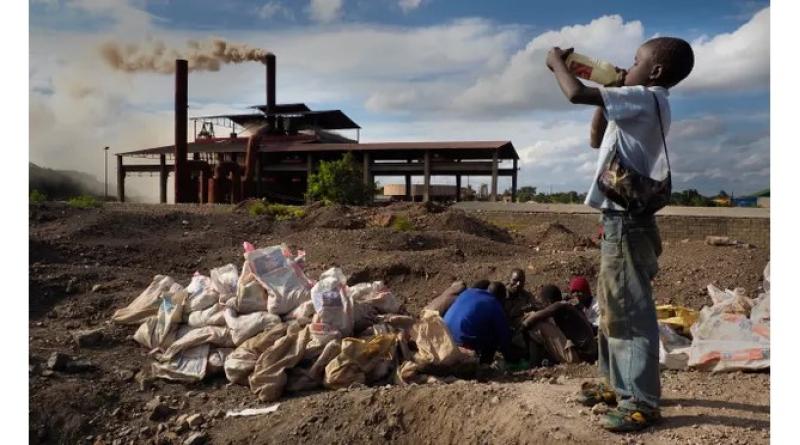 A UN expert has warned of the creation of pollution “sacrifice zones” across the world, where tens of millions of people are suffering strokes, cancers, respiratory problems and heart disease as a result of toxic contamination of the environment.

“There are sacrifice zones all over the world, in every region: in the north, in the south, in the east, in the west, in rich countries, in poor countries,” David Boyd told the Guardian.

In a report due to be presented to the UN human rights council on Thursday, Boyd says pollution contributed to twice as many premature deaths as Covid-19 in the first 18 months of the coronavirus pandemic.

Giving the death toll from pollution in that period is a staggering 9 million, the report adds: “One in six deaths in the world involves diseases caused by pollution, three times more than deaths from Aids, malaria and tuberculosis combined and 15 times more than from all wars, murders and other forms of violence.

“The toxification of planet Earth is intensifying,” Boyd’s report warns, pointing out that even as some harmful chemicals are banned or abandoned, overall production of chemicals doubled between 2000 and 2017, and will double again by 2030.

And while everyone was affected to some degree, some communities were being hit far more than others. “If you look at these places that I’ve highlighted in the report, pollution on our planet today is pervasive, it’s affecting everyone but it’s affecting some people in a really grossly unfair and disproportionate way,” Boyd told the Guardian.

Businesses were the main culprit, with most happy to overlook social and environmental costs in favour of their bottom line, Boyd said, adding that money was “the main barrier to addressing the climate crisis, to addressing biodiversity loss and to addressing pervasive pollution”. He called on governments to impose strong regulation on corporations causing pollution – and to stop spending an estimated $1.8tn a year on subsidies for environmentally damaging industries.

But there was cause for optimism, he said. Boyd’s report comes six months after the human rights council recognised for the first time that everyone had a human right to live in a clean, healthy and sustainable environment.

“And this is really a key point,” he said. Previous agreements on biodiversity, climate change and pollution were formerly unenforceable. “But guess what: when you weld the international environmental agreements together with human rights law, human rights law brings into the equation institutions, processes, accountability.

“That’s what’s really exciting about this UN recognition of a right to a clean, healthy and sustainable environment – it signals this union of human rights law and environmental law which can be an extremely powerful catalyst of the kinds of transformative changes that we so desperately need.”

‘Most extreme’ air pollution slashing life expectancy by up to a decade in India, damning new report finds