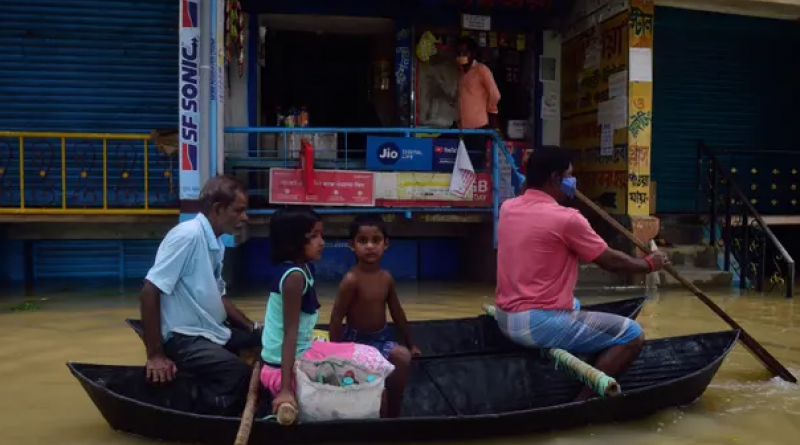 Populations in flood-prone regions is increasing, with 57 countries especially susceptible

From Germany to New York City, this summer has demonstrated the destructive force of floods. Now, a new study shows that many more people will live in flood-prone areas in the coming decade and reveals the population in areas likely to flood is increasing at a greater rate than other places.

The study, which was published in the journal Nature today, used daily satellite observations of floods during 913 large flood events between 2000 and 2018.

During that time, 255-290 million people were directly affected by floodwaters. The authors also found that population growth in these areas rose by 34.1%, more than the total global population rise of 18.6%. This means that ten times as many people will be threatened by floods in the next decade than the estimated number of people who have been exposed to flooding since the turn of the century, the authors write.

Only 13% of disaster funds are set aside for preparedness and mitigation from floods – even though the US suffered $615bn in flood damages from 2000 to 2019. The new analysis also took into consideration floods from dam breaks and snowmelt, not just from pelting rain.

Climate change projections suggest that by 2030 the proportion of people exposed to flooding will expand further. The study authors predict that 57 countries in particular – including parts of North America, central Asia and central Africa – will experience substantial increases in the percentage of their populations that experience floods.

“The global flood database generated from these observations will help to improve vulnerability assessments, the accuracy of global and local flood models, the efficacy of adaptation interventions and our understanding of the interactions between landcover change, climate and floods,” the study authors write, adding that the best way to know how to adapt is to have information on where floods are happening and who will feel their effects.

One potential technique is to move people from areas that will flood – that’s what Sri Lanka did after the 2004 tsunami, when it required residents to move 100 meters from the shoreline.

India is similarly considering moving people away from flood-prone areas.

“Vulnerability analyses, together with the improved flood exposure estimates presented here,” the study authors write, “should drive investment in flood adaptation directed to the people and places that need it most.”

‘Managed retreat’ from climate disasters can reinvent cities so they’re better for everyone – and avoid more flooding, heat and fires