Methane emissions detected over offshore platform in the Gulf of Mexico 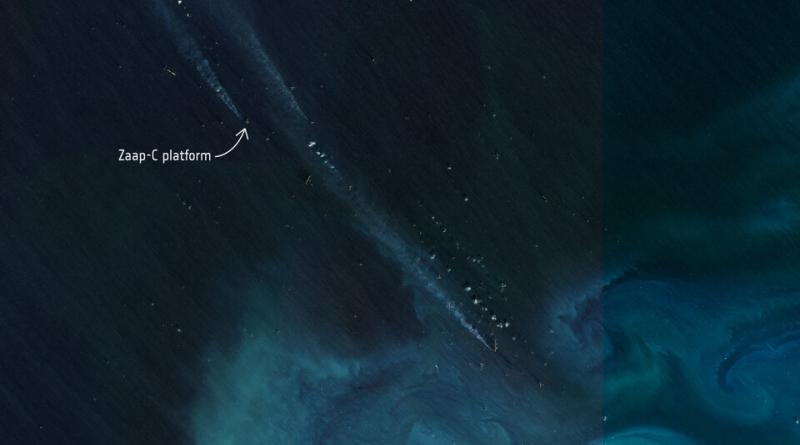 Methane is the second most abundant anthropogenic greenhouse gas after carbon dioxide yet is more than 25 times as potent as carbon dioxide at trapping heat in the atmosphere, within a 100-year time period. The mitigation of methane emissions from fossil fuel extraction, processing and transport is one of the most effective ways to slow global warming.

Satellite-based methods have proved instrumental for the detection and quantification of these type of emissions. However, despite the rapid development of satellite-based methane plume detection methods over land, there is still an important observational gap regarding emissions coming from offshore oil and gas operations – which accounts for roughly 30% of global production.

This is mostly due to the low reflection of water in the shortwave infrared wavelengths used for methane remote sensing. This limits the amount of light reaching the sensor which, subsequently, makes it difficult to distinguish methane emissions.

In a recent study published in Environmental Science and Technology Letters, a team, led by scientists from Universitat Politècnica de València (UPV), used data from Maxar’s WorldView-3 satellite, obtained through ESA’s Third Party Missions Programme, and US Landsat 8 mission to detect and quantify strong methane plumes from an offshore oil and gas production platform near the coast of Campeche – in one of Mexico's major oil producing fields.

These results are part of a study led by Christian Retscher, Atmosphere Scientist at ESA’s Directorate of Earth Observation Programmes. The study received funding from the EO Science for Society component of ESA’s FutureEO Programme and the ESA Living Planet Fellowship.

The team found that the platform released high volumes of methane during a 17-day ultra-emission event which amounted to approximately 40 000 tonnes of methane released into the atmosphere in December 2021.

These emissions are equivalent to around 3% of Mexico’s annual oil and gas emissions and this single event would have a similar magnitude to the entire regional annual emissions from Mexico’s offshore region.

The team then analysed a longer time-series of flaring activity at the site. The results from this analysis showed that this ultra-emitting event, likely related to abnormal process conditions, was a one-time incident with the longest duration since flaring activity began at this platform. 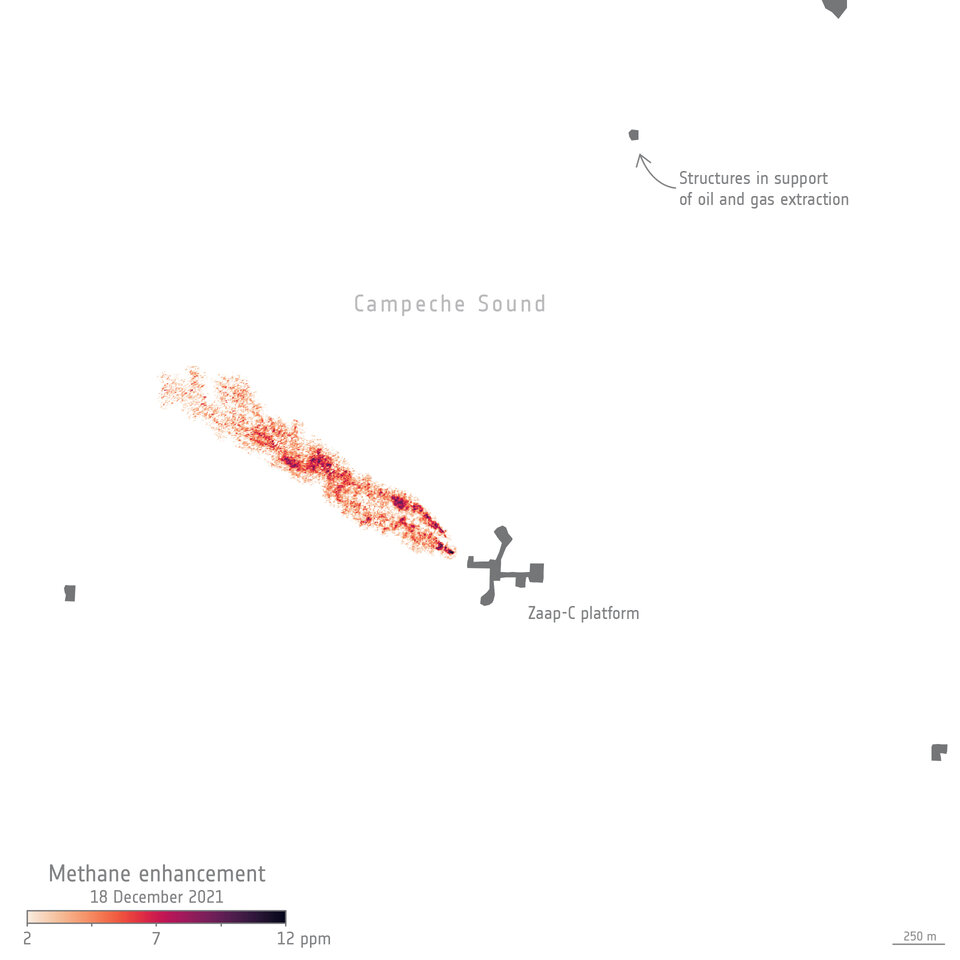 Luis Guanter, from the Valencia Polytechnic University, commented, “The results here demonstrate how satellites can detect methane plumes from offshore infrastructure. This represents a breakthrough in the monitoring of industrial methane emissions from space, as it opens the door to systematic monitoring of emissions from individual offshore platforms.”

Itziar Irakulis-Loitxate, scientist at UPV and lead author of the study, added, “In fact, we are currently expanding this work to other offshore oil and gas production regions in the world with both Copernicus Sentinel-2 and Landsat, with the first results extremely promising.” 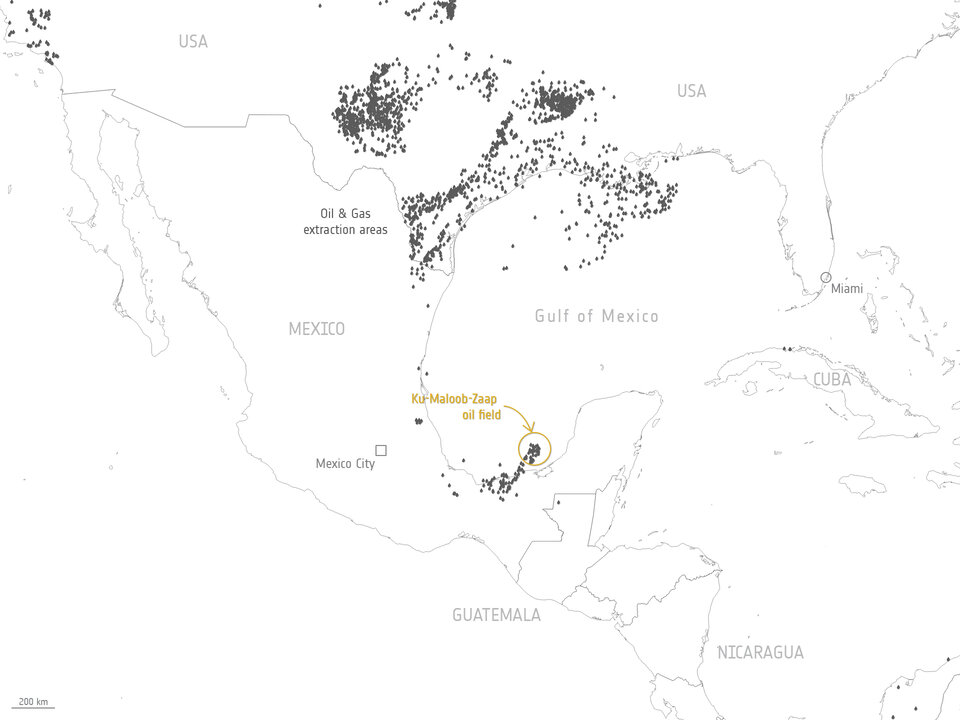