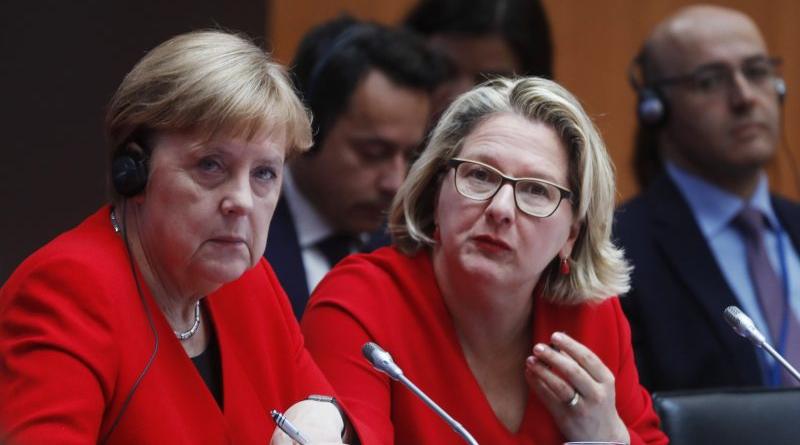 Chancellor Angela Merkel has indicated for the first time that Germany may join a European alliance to achieve greenhouse gas neutrality by 2050. At a recent EU summit, Germany was unwilling to join a similar initiative by nine EU member states. EURACTIV Germany reports.

On the second day of the Petersberg Climate Dialogue in Berlin, Merkel showed for the first time an uncompromising tone about the EU’s proposed climate neutrality objective for 2050.

“The discussion is not about whether, but how we can achieve this goal,” the German Chancellor said.

Germany’s climate cabinet, recently set up by Merkel, is currently discussing pathways to achieve climate neutrality by 2050. It is working hard on having its proposals ready before the UN summit in New York on 23 September.

“If a reasonable answer can be found, we can join the initiative of nine other EU member states. I wish we could do this,” Merkel said.

In November 2018, the European Commission presented a strategy to achieve climate-neutrality in the EU by 2050.

The European Parliament supports those efforts. In the run-up to last week’s informal EU summit in Sibiu, an alliance of nine EU member states, initiated by France, called for implementing a carbon neutrality target.

Germany held back however, highlighting that EU member states would first have to concentrate on reaching their climate protection targets for 2030.

At the two-day Petersberg Climate Dialogue, ministers from 35 countries were invited to discuss the implementation of the Paris Climate Agreement, as well as preparations for the next UN Climate Conference in Chile this December.

In her opening speech on Monday (13 May),  German Environment Minister Svenja Schulze from the German Social Democratic Party (SPD) spoke out against the Chancellor’s indecisiveness: “I would find it quite useful if we stood alongside France,” she said.

She later commented on Merkel’s statements during the final press conference, saying the Chancellor had brought “an important clarification” to Germany’s stance on climate change. “An industrialised country like Germany bears a huge responsibility for climate protection,” Schulze said.

The German minister expressed hope that Merkel’s declarations will send a strong signal to the recently established climate cabinet, which aims to set a climate protection law in motion before the end of the year.

The issue of carbon pricing, which is currently the subject of much debate in Germany, was also mentioned at the Petersberg Climate Dialogue.

Again, Environment Minister Schulze spoke in favour of introducing such a model in Germany, saying her ministry will present a concept by the end of June.

At an EU summit last week, Merkel called for a European approach and spoke of a “coalition of the willing” to agree on a carbon price system for sectors like transport and buildings, which are currently not covered by the EU’s Emissions Trade Scheme (EU ETS).

Other EU member states are ready to support such an initiative, arguing it would not make sense for every member state to set up their own pricing system. But a consensus is unlikely to be found at the moment.

“I am not striving for a uniform European solution. This will take a very long time,” Schulze said, taking into account EU member states’ very different positions.

Greenpeace welcomed Merkel’s commitment to move towards an Alliance for Climate Neutrality but called for increased political pressure and for complete de-carbonisation of the EU by 2040. The environmental organisation put up the words “Last Exit” in letters made of ice in front of the conference building.

EU Commissioner for Climate Protection and Energy, Miguel Cañete, said on Twitter that he hoped the German willingness would also lead to ambitious decisions by the EU Council in the run-up to COP25, which takes place in Chile in December.

Chile’s Environment Minister Carolina Schmidt already stated that the rule book for a global CO2 market should be completed during that conference.

The development and environmental organisation Germanwatch was also pleased with the Chancellor’s message:

“The timetable is clear. Before the EU summit in June, Germany needs to formally support the ambitious group of states and end its previous blockade of the 2050 targets. The adoption of an EU target in June is crucial so that other important states can also announce higher climate targets during September’s special climate summit in New York,” said Germanwatch’s CEO, Christoph Bals.

ABB presents state of the art solution for CO₂-neutral and energy self-sufficient factory of the future at its site in Lüdenscheid.