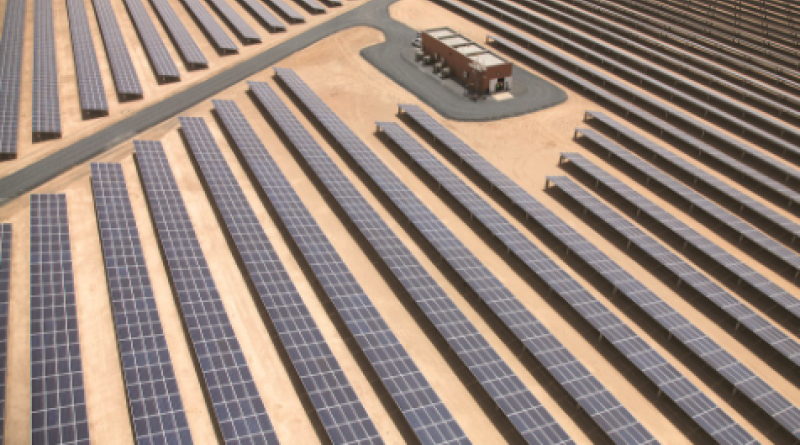 A consortium between Abu Dhabi-based Masdar, EDF Renewables and Nesma Holding Company has broken ground on a 300MW PV project in Saudi Arabia.

The Jeddah solar plant, located 50km south-east of the city of Jeddah, will feature bifacial modules and single-axis trackers, while robots will be used to clean the modules.

Saudi Arabia’s Ministry of Energy awarded the partners the plant after they submitted the most cost-competitive bid of US$0.0162/kWh. They have signed a 25-year power purchase agreement, which includes the plant’s design, construction and operation.

The Jeddah project forms part of the second round of Saudi Arabia’s renewable energy programme, consisting of seven solar projects with a total capacity of around 1.5GW. The kingdom is aiming to reach 27.3GW of renewables capacity by 2024 and generate 50% of its energy from renewables by 2030.

Alongside the solar collaboration, EDF Renewables and Masdar are partnering on a 400MW wind farm in Saudi Arabia that is set to be operational by late 2022. The companies have also joined forces to develop solar projects in Abu Dhabi and Israel.

Bruno Bensasson, EDF Group senior executive vice-president renewable energies, said the two projects in Saudi Arabia “are perfectly in line with the EDF Group’s CAP 2030 strategy, which aims at doubling its renewable energy net capacity in operation worldwide, between 2015 and 2030, from 28 to 60GW net”.