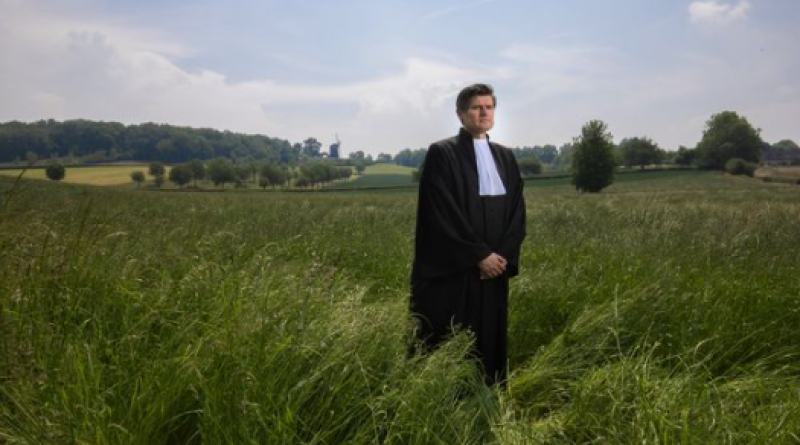 Royal Dutch Shell Plc hired a team of pricey lawyers for its defense against environmental activists in a Dutch court, and lost. A decade-old, $22 book might have upped their chances of winning.

“Revolution Justified: Why Only the Law Can Save Us Now,” is no bestseller, ranking in the mid-600,000s in Amazon’s Kindle store. But the book, by environmental lawyer Roger Cox, laid out arguments that were integral to his landmark victory over the Anglo-Dutch oil giant on May 26.

The book suggests two building blocks for a case such as the lawsuit against Shell. One is that there’s incontrovertible evidence that warming beyond 1.5 degrees Celsius will have dire consequences for the planet, and any company that ignores that is doing so consciously. The second is that companies have a clear duty to ensure a healthy environment for the world’s citizens.

The urgency is compounded, Cox says, because even if we stop emitting CO2 today, the planet will suffer increasingly grave consequences for decades to come.

“The damage states and multinationals have done is far greater than we can see now,” says Cox, who says he sought to make the book straightforward enough to hold the interest of the general public but persuasive enough to stand up in a courtroom. “Understanding this is judicially of great importance and makes intervention by the courts necessary.”

After four days of arguments, a court in The Hague accepted Cox’s line of reasoning, ruling that Shell must slash its greenhouse gas emissions 45% by 2030 compared to 2019 levels—a sharp increase over the 20% the company had previously pledged.

“Even if states do nothing or only a little,” Judge Larisa Alwin said in announcing the verdict, “companies have the responsibility to respect human rights.”

Shell says it will appeal the verdict as it feels it was unjustly singled out. But Chief Executive Officer Ben van Beurden on June 9 said the company will take “bold but measured” steps to accelerate its energy transition.

What Cox has engineered “seems to have been a complete victory for the plaintiffs, and the court’s specificity and ambition in ordering Shell to reduce its downstream emissions are remarkable,” says Michael Burger, executive director of Columbia Law School’s Sabin Center for Climate Change Law, who advises on lawsuits against oil companies. Burger says he expects attorneys filing similar lawsuits in the U.S. to cite the case as precedent.

Cox, 53, based his strategy on a 2015 case he brought against the Dutch government for Urgenda, an environmental non-profit. In its verdict, the court ordered the state to cut CO2 emissions 25% from 1990 levels by 2020, but the Netherlands didn’t meet the goal—and Urgenda has threatened another lawsuit.

“Without the Urgenda case, we would never have been able to win against Shell,” says Cox. “If you cannot hold a state responsible for climate change, it wouldn’t have been possible for a company.”

Laura Burgers, an assistant professor at the University of Amsterdam who studies climate change litigation, says the cases highlight the difficulty politicians have in tackling the issue. The judicial system in various countries will instead need to step in to ensure the problem gets the attention it needs. “These court cases are a sign of governmental failure,” Burgers says.

For Cox, who studied law at Leiden University and later worked at a big law firm in nearby Rotterdam, the legal victories mark the culmination of his personal journey from apathy to activism about climate change. “I was a real petrolhead,” says Cox, who two decades ago moved from Rotterdam to a village in the southern Netherlands in search of a calmer place to raise his family. “I was one of those people saying that 1 cm sea level more or less wouldn’t matter.”

His epiphany was triggered by Al Gore’s film “An Inconvenient Truth.” Spurred into action by the documentary highlighting the perils of global warming, Cox arranged free viewings across the Netherlands and set up a non-profit focused on the issue. After studying legal precedents on the matter, he realized that as a lawyer he could best effect change via the courts. “If I can change, anybody can,” he says.

Following his win over the Dutch government, a local activist group called Milieudefensie asked Cox to pursue a similar strategy against Shell. He took the case, partly funded by the group, and soon found a 2014 letter by the company’s investor relations chief promising that Shell would not end up with so-called “stranded assets”—facilities and reserves that can’t be exploited as consumption drops or the legal barriers to tapping them become insurmountable.

Reading between the lines, says Cox, Shell was indicating it would decide the pace of its transition to renewables despite international agreements on targets for reducing emissions. That standpoint, he says, put the company in violation of its duty to defend the rights of fellow citizens, an important legal principle in many countries.

Two years later, shortly after the Paris Climate agreement, van Beurden questioned whether it would be possible to limit to 1.5 or even 2 degrees of global warming. Speaking on the Dutch news show Nieuwsuur, he stressed that his company would “pump as much as possible to meet demand.”

Cox says the next battle front in climate change litigation will likely get personal. At Shell’s annual meeting in May, a proposal from a shareholder group that the company pursue a more aggressive transition away from fossil fuels won the backing of 30% of shareholders, though a plan from management drew 89% support.

The Shell proposal envisions a big expansion in clean energy but also decades more oil and gas production. For Cox, the time to act is now, and if Shell’s bosses and other oil executives don’t do so, he says they should be held personally liable for their failure to address climate change.

“CEOs must take the responsibility to explain to their shareholders why the transition must be accelerated,” Cox says. “The net is closing in.”

— With assistance by Laura Hurst

What a Dutch Court Ruling Means for Shell and Big Oil.