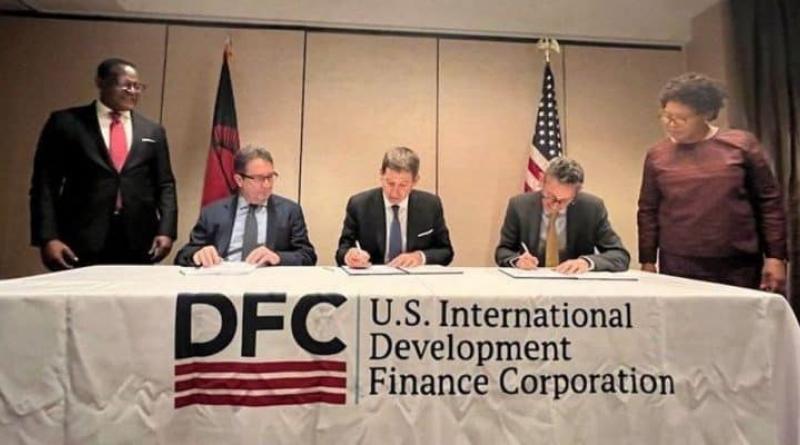 In Malawi, the US Development Finance Corporation (DFC) is providing a $25 million loan for the Golomoti solar project. The project is already in the operational phase and is being developed under a public-private partnership (PPP).

The loan agreement between the U.S. Development Finance Corporation (DFC) and the developers of the Golomoti solar project was signed in the presence of Malawi’s President Lazarus Chakwera. This was on the sidelines of the 77th session of the United Nations General Assembly in New York, USA.

The $25 million loan is to Canadian independent power producer (IPP) JCM Power, which has partnered with investment company InfraCo Africa to develop the Golomoti solar project. Already in the operational phase, the project is being developed in the Dedza district, 92 km from the capital Lilongwe. JCM Power has built a 20 MWp solar photovoltaic power plant there.

The plant is equipped with a 5 MW/10 MWh battery storage system and the clean electricity produced is sold to the state-owned Electricity Supply Corporation of Malawi (ESCOM). The project was made possible with the support of several other development finance institutions, including the United States Agency for International Development (USAID), which funded the development phase of the project. The UK government’s Innovate UK Energy Catalyst programme provided a grant for the installation of the battery storage system.

JCM Power also secured a loan from the Investment Fund for Developing Countries (IFU). The Golomoti solar plant is also covered by a liquidity guarantee from the Africa Trade Insurance Agency (ATI).

Malawi reaffirms its commitment to climate action on World Health Day 2022 – Our Planet, Our Health