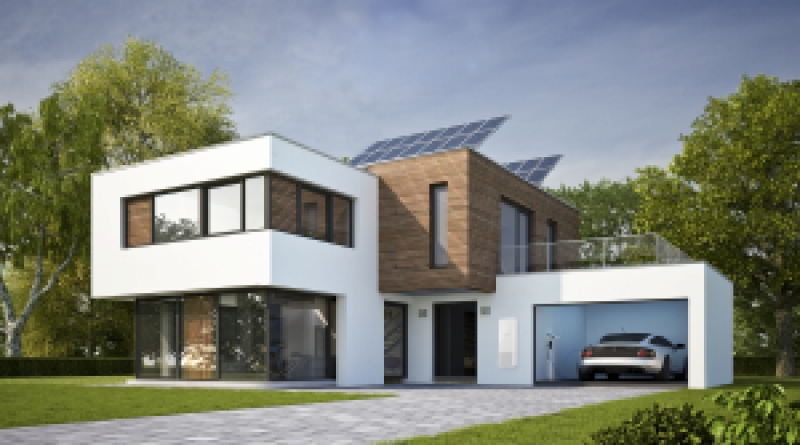 With homes suddenly the center of US business activity due to stay at home orders, interest is heightening in residential nanogrids. So the timing is fortuitous for a new smart panel announced today that promises to up the abilities of nanogrids and home on-site energy.

The panel creates a single point of control for generation, energy storage and devices in the home.

When the power goes out, Span automatically islands the house and allows the homeowner, via a cell phone, to prioritize energy use for appliances and connected devices, so that the most important are energized first.

This extends the time that the home can use on-site energy during an outage; battery power isn’t wasted on unimportant functions.

“What we have done is provided the ability to not only backup your entire home, but to actually configure what circuits in your home are powered during an outage in real time,” said CEO Arch Rao, who previously led the product team for Tesla’s Powerwall. “So you, through the Span app, receive real time feedback on how many hours and minutes of backup you have left.”

The panel also simplifies installation of solar, energy storage and electric vehicle charging — common elements of home nanogrids. Span speeds installation by up to 50%, which Rao expects to translate into 10 to 15% cost savings for solar installations.

“In order to install a solar battery system in your home today, most installers have to go through a very laborious process of customized design and installation,” said Rao in an interview with Microgrid Knowledge. “By making the panel more intelligent and more digital, we’re both able to reduce the cost and complexity of solar installation, or solar storage installation, while providing customers a lot more functionality.”

Span expects to begin deploying the systems, which are UL certified, this month. The company will initially focus heavily on California in anticipation of a repeat of last year’s power outages as utilities de-energize power lines to avoid sparking wildfires.

The panel is being offered through partnerships with solar and storage installers, as well as LG Chem. Costs vary depending on how the installer configures its package, but the technology alone, if purchased directly at retail by customers, would cost under $5,000, he said

How the idea emerged

The idea for the smart panel emerged out of Rao’s work for Tesla, where he was head of products for the energy business until about two years ago.

During his five years at Tesla, he wore a few different hats, leading early R&D efforts on the Powerwall, and working on Tesla’s solar product line and the company’s battery effort, as it expanded into international markets.

Rao said a combination of factors led him to see a need for the smart panel: the growing size of solar systems, increased installation of energy storage and solar plus storage, and a rise in home electrification and electric vehicle use.

“The vast majority of homeowners have electrical panels that were put in 20, 30, maybe 50 years ago, right? Those are largely inadequate when it comes to being able to handle just the power levels of these new appliances being added to your home,” he said. “So if your electrical panel is being upgraded or replaced anyway, I saw that as an opportunity for us to introduce a more capable 21st Century digital electrical panel.”

Span also has attracted some heavy hitters in the power industry.

Mary Powell, former CEO of Vermont utility Green Mountain Power who brought microgrids, home energy storage and other distributed energy innovations to the utility, will join Span’s board as an independent member.

Nest co-founder Matt Rogers has joined as an investor and advisor.

“We founded Nest to reinvent the largest energy user at home, the thermostat. We replaced an ugly household device with something that invited interaction and saved energy. Span has the potential to solve that for every load in the home. That’s why I’ve come on board as an investor to Span and an advisor to Arch.”

Convergence between technological progress and sustainability is not that obvious

Can solar panels handle the heat of a warming world?