At least 85 percent of the world’s population has been affected by human-induced climate change, new study shows 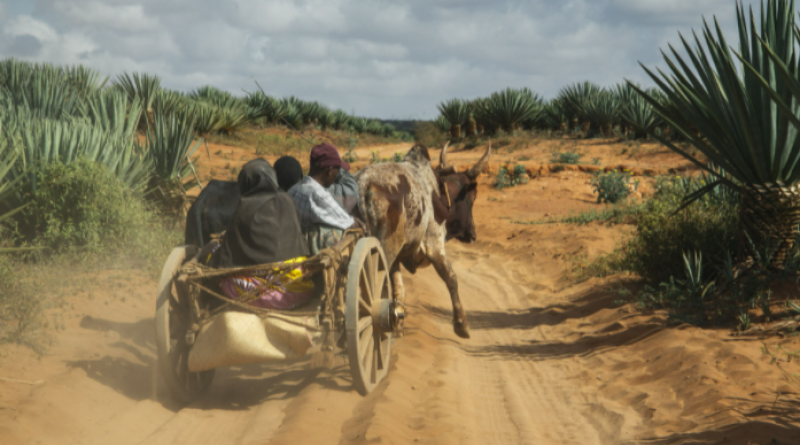 At least 85 percent of the global population has experienced weather events made worse by climate change, according to research published Monday in the journal Nature Climate Change.

After using machine learning to analyze and map more than 100,000 studies of events that could be linked to global warming, researchers paired the analysis with a well-established data set of temperature and precipitation shifts caused by fossil fuel use and other sources of carbon emissions.

These combined findings — which focused on events such as crop failures, floods and heat waves — allowed scientists to make a solid link between escalating extremes and human activities. They concluded that global warming has affected 80 percent of the world’s land area.

“We have a huge evidence base now that documents how climate change is affecting our societies and our ecosystems,” said lead author Max Callaghan, a researcher at the Mercator Research Institute on Global Commons and Climate Change in Germany.

The study provides hard numbers to back up the lived experiences of people from New York City to South Sudan. “Climate change,” Callaghan said, “is visible and noticeable almost everywhere in the world.”

The findings come amid a major push to get countries to commit to more ambitious climate goals ahead of a United Nations summit in Glasgow, Scotland, next month. Research shows that existing pledges will put the planet on track to heat up about 2.7 degrees Celsius (4.9 degrees Fahrenheit) by the end of the century — a level of warming that would lead to drastic food and water shortages, deadly weather disasters, and catastrophic ecosystem collapse.

Some of the world’s top emitters, including China and India, have yet to formally commit to a new 2030 emissions reduction target. Activists worry that an emerging energy crisis, which has raised prices and triggered blackouts, could imperil efforts to get developing economies to phase out polluting fuels.

In the United States, climate disasters have already caused at least 388 deaths and more than $100 billion in damage this year, according to analyses from The Washington Post and the National Oceanic and Atmospheric Administration.

Yet despite a pledge to halve emissions by the end of the decade, congressional Democrats are struggling to pass a pair of bills that would provide hundreds of billions of dollars for renewable energy, electric vehicles and programs that would help communities adapt to a changing climate.

The contrast between the scope of climate disasters and the scale of global ambition is top of mind for hundreds of protesters who have descended on Washington this week to demand an end to fossil fuel use.

“How can you say that we are in this climate emergency and be going around and saying we’re at this red point … and at the same time be giving away land for additional oil and gas infrastructure?” said Joye Braun, a community organizer with the Indigenous Environmental Network and a member of the Cheyenne River Sioux Tribe who rallied in Washington this week.

The activists, many of them from Indigenous communities that have been harmed by global warming, risked arrest as they remained on the sidewalk outside the White House after police ordered them to clear the area.

The new research in Nature adds to a growing body of evidence that climate change is already disrupting human life on a global scale. Scientists are increasingly able to attribute events like heat waves and hurricanes to human actions. In August, the U.N. Intergovernmental Panel on Climate Change devoted an entire chapter to the extreme weather consequences of a warming world.

The study’s conclusion that 85 percent of humanity is experiencing climate impacts may sound high. But it’s “probably an underestimation,” said Friederike Otto, a senior lecturer at the Grantham Institute for Climate Change and the Environment at Imperial College London, who was not involved in the study.

The study looked at average temperature and precipitation changes, rather than the most extreme impacts, for which Otto says there is even more evidence of climate change’s role.

“It is likely that nearly everyone in the world now experiences changes in extreme weather as a result of human greenhouse gas emissions,” she said.

The human toll of these events has become impossible to ignore. This summer, hundreds of people in the Pacific Northwest died after unprecedented heat baked the usually temperate region. More than 1 million people in Madagascar are at risk of starvation as a historic drought morphs into a climate-induced famine. Catastrophic flooding caused New Yorkers to drown in their own homes, while flash flooding has inundated refugee camps in South Sudan.

In a letter released Monday, some 450 organizations representing 45 million health-care workers called attention to the way rising temperatures have increased the risk of many health issues, including breathing problems, mental illness and insect-borne diseases. One of the papers analyzed for the Nature study, for example, found that deaths from heart disease had risen in areas experiencing hotter conditions.

Yet in many of the places that stand to suffer most from climate change, Callaghan and his colleagues found a deficit of research on what temperature and precipitation shifts could mean for people’s daily lives. The researchers identified fewer than 10,000 studies looking at climate change’s effect on Africa, and about half as many focused on South America. By contrast, roughly 30,000 published papers examined climate impacts in North America.

In poorer countries, the researchers say, roughly a quarter of people live in areas where there have been few impact studies, despite strong evidence that they are experiencing changes in temperature and precipitation patterns. In wealthier countries, that figure stands at only 3 percent.

“But it indicates that we’re not studying enough,” Callaghan said, “not that there isn’t anything happening.”

Otto attributes this discrepancy, known as an “attribution gap,” to a lack of capacity and funding for research in poor countries, as well as researchers’ tendency to reflect the priorities of wealthy nations.

In South Sudan, for example, efforts to understand flooding have been stymied by conflict and the difficulty of collecting weather data in the world’s youngest country.

Liz Stephens, an associate professor in climate risks and resilience at the University of Reading, wrote in an email that the Global Flood Awareness System from the Copernicus Emergency Management Service is “notoriously bad” at forecasting flooding in the White Nile and Blue Nile river basins. Without good data, scientists can’t easily say what places are likely to be deluged or warn when a disaster is about to hit. Officials may be caught off guard by weather events. Vulnerable people are less able to get out of harm’s way.

South Sudanese officials say half a million people — about 4 percent of the country’s population — have been displaced by the floods.

But the “attribution gap” makes machine-learning-based analyses like Callaghan’s all the more valuable, Otto said. These programs can help identify climate impacts even in places where there are not enough scientists studying them.

“It seems a very useful way … to understand better what climate change is costing us today in a global way that is more bottom-up,” Otto said.

Here in the nation’s capital, policymakers are still debating the costs of moving away from fossil fuels.

While members of both parties back a nearly $1 trillion infrastructure bill that has passed the Senate and would provide $7.5 billion to build out a national network of electric-vehicle charging stations and several other measures to cut carbon emissions, the White House is struggling to muster enough support for a $3.5 trillion bill that would provide incentives for utilities that get an increasing share of their power from solar, wind and other carbon-free sources and penalize those that don’t move swiftly enough.

According to a recent analysis by the Rhodium Group, an independent research firm, the larger spending bill would curb U.S. greenhouse gas emissions by as much as a gigaton — but would probably get the country only halfway to its 2030 goals.

A September study in Nature found that 60 percent of Earth’s oil and fossil methane gas and 90 percent of coal must remain in the ground for the world to have a chance of limiting warming to 1.5 degrees Celsius (2.7 degrees Fahrenheit) — a threshold that scientists say would spare humanity the most disastrous climate impacts.

On Wednesday, a coalition of more than 380 groups filed a legal petition demanding that the U.S. Army Corps of Engineers stop issuing permits for new fossil fuel infrastructure projects. Two days later, hundreds of scientists submitted an open letter asking Biden to do the same.

“The reality of our situation is now so dire that only a rapid phase-out of fossil fuel extraction and combustion can fend off the worst consequences of the climate crisis,” they wrote.

In response to Monday’s protests, however, American Petroleum Institute spokeswoman Megan Bloomgren said curbing the country’s energy options would harm the economy and national security. “American energy is produced under some of the highest environmental standards in the world,” she said.

Pledging to reduce greenhouse gas emissions without cutting back on fossil fuel extraction, activists say, is like a person promising to lose weight while continuing to consume french fries and doughnuts.