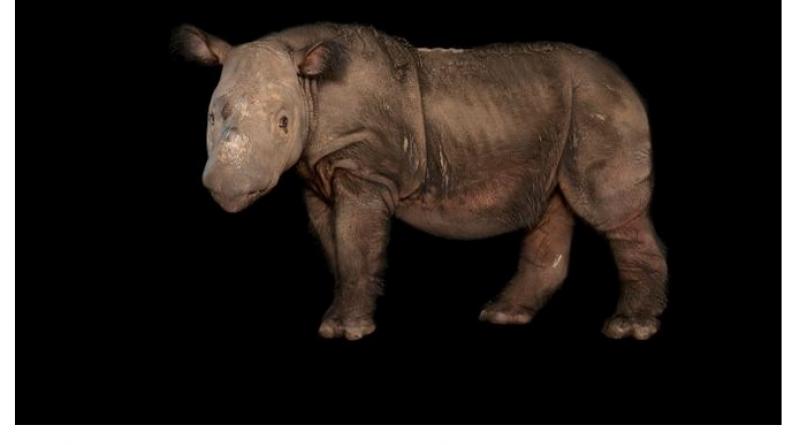 One female in Malaysia and about 80 in Indonesia are all that remain of the species.

Malaysia’s last male Sumatran rhinoceros, Tam, has died—a serious blow for the critically endangered species, which is already extinct in the country.

Discovered poking around an oil palm plantation in 2008, Tam was captured and transferred to the Tabin Wildlife Reserve in the state of Sabah. Efforts to breed him with two female rhinos—Puntung, captured in 2011, and Iman, captured in 2014—proved unsuccessful.

With Puntung’s euthanization in 2017 due to cancer, Iman is now the nation’s sole remaining member of its species in Malaysia. Due to decades of habitat loss and poaching, fewer than 80 Sumatran rhinos are thought to exist in the wild, most on the nearby island of Sumatra. The rest are scattered across Kalimantan in Indonesian Borneo

Sumatran rhinos are so few, in fact, experts now believe isolation is the single biggest threat to the species’ continued existence. This is because females of this species can develop cysts and fibroids in their reproductive tracts if they go too long without mating. (Such was the cause of Iman’s infertility. Puntung's inability to carry fetuses seemed to stem from injuries sustained from a poacher’s snare and a failed pregnancy in the wild.)

That's why, in 2018, the world’s leading conservation nonprofits, including the National Geographic Society, announced an unprecedented collaboration called the Sumatran Rhino Rescue. The aim? To find and safely capture as many wild rhinos as possible so that they can be brought together for captive breeding. (Read: “The Unprecedented Plan to Save the Sumatran Rhino.")

Losing Up To A Million Species Will Create ‘Danger Zone’ For Humanity: Un Commission.