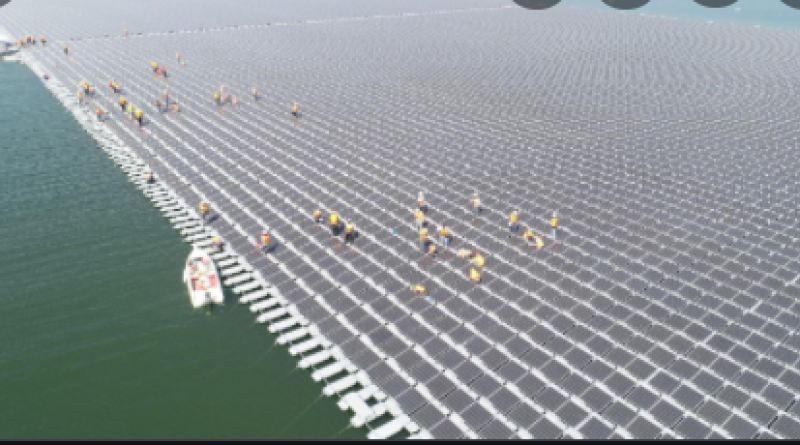 A 58.5MW floating PV plant in Thailand, said to be the largest install of its kind in the country, has been connected to the grid, according to inverter and floating solutions supplier Sungrow. Co-located with a hydropower plant, the solar project spans 121 hectares atop a reservoir in the northeast province of Ubon Ratchathani.

Having awarded an engineering, procurement and construction contract for the project to a consortium including B. Grimm Power and Energy China in 2020, state-run utility the Electricity Generating Authority of Thailand (EGAT) said earlier this year that it expected to begin commercial operation at the facility this October.

EGAT also previously said that it is continuing to develop hydro-floating solar hybrid projects with a total capacity of 2,725MW at its dams across Thailand.

The existing grid connection at hydropower plants combined with available space above large reservoirs means floating solar could be an attractive option for Thailand as it aims to draw 35% of its energy from non-fossil fuel sources by 2037.

Sungrow, which has a notable presence in China’s floating PV sector, said it has previously supplied equipment for a 12.5MW floating solar plant located at an industrial reservoir in Thailand’s Rayong province as well as four floating plants totaling 15MW in the Suphanburi province.

It was suggested in a recent panel discussion that the proven ability to install large-scale floating PV projects in Southeast Asia means financing should be readily available for new installations. Other notable projects the region will see EDF develop a 240MWp floating solar project in Laos co-located with a 1.08GW hydropower plant, while Sunseap Group has secured a contract to build a 2.2GWp floating project on the Indonesian island of Batam that will have the potential to export some of its output to nearby Singapore via a subsea cable.