The kids are not ok 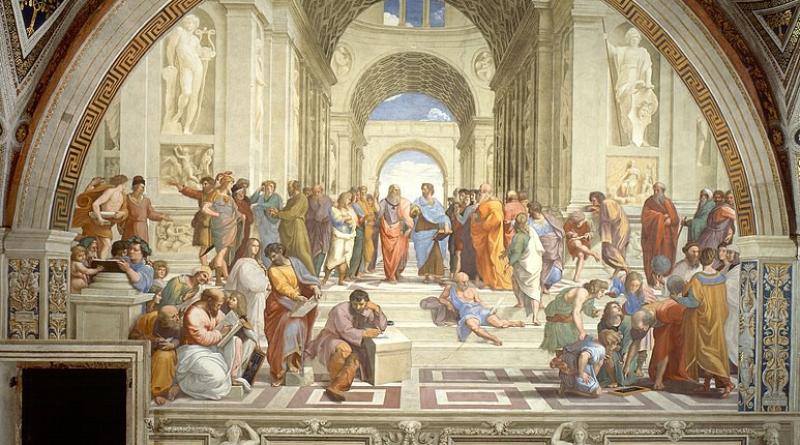 Today I went to give a climate talk at my old high school in Geneva — and was given a masterclass in our failings. This is the story of a day that shook me up.

I have given climate talks at high schools before. In 2019, I was invited by the first Geneva climate strikers to go around the high schools on the morning of their first strike. I went, with a friend, racing on our bikes from school to school to school, as many as we could reach during the morning. Back then, the mood was electric, excited, engaged. The students had taken control of the agenda: they were going to put the concerns and needs of their generation front and centre. They were going to get things moving. There were lots of questions on climate science, projections, impacts, actions. Everyone was excited to take part, to learn.

Fast forward three years (and a pandemic) later, and the mood could not have been more different. I sensed it as I was speaking, a general muttering in the auditorium full of 16–17-year-olds, that sometimes ebbed a bit, but never really went away. I thought the students might be bored by the specific aspects I was talking about. Sources of emissions, trends, specific impact probabilities, types of mitigation actions … I raced through the topics, hoping to reach one they would be interested in. And at the end, during the Q&A, it finally came out.

One girl took the mic and held on to it. Her questions came fast and clear, and were widely applauded by her peers. She was clearly channelling the zeitgeist of the room. This is my recollection of some of her questions.

I answered as best I could — not very well. I realised that times had shifted, and that the 16-year-olds of today were in a place far beyond where those of 2019 were. Their mood was one of deep, cold, frustration and betrayal. Pessimism, even despair, perhaps, but also disdain. I had failed them, for sure, but clearly so had the other grown-ups in their lives. I was shaken.

For the rest of the day, until now, I have being thinking through that experience, what the girl and others in the auditorium said, the feeling in the room. Here are my realisations.

First: I should have listened before I spoke.

I arrived with a classic, boilerplate climate presentation, full of IPCC figures and facts and quotes. They didn’t need that stuff. Instead, I should have made time and space for them to say what they needed to say, to express what they wanted to hear about. As an academic speaker, I am constantly afraid to be asked about topics outside my expertise, so I am naturally terrified of not having 200 powerpoint slides at my fingertips. But this is not about that. It’s not about my expertise. It’s about hearing what the students think and want. We grown-ups f***ed up: it’s their turn to have a chance to drive.

I decided to put the “listening first” into action that very afternoon with my university students. It was stupendous. An amazing experience. More on that in a bit …

Second: They needed to know about power and change.

The high-school students clearly felt powerless, and that real change-making was far beyond their reach. They knew about citizen action, voting, and protests, but none of that had worked, and they didn’t see an arc of struggle they could learn from or push further.

I know a teeny bit about this because I am trying to learn about it too, so I could have given them elements of my “how activism might work” talk. Still far from perfect, but a lot better than I what I did.

Third: what is betrayal made of?

This morning, at the high school, I didn’t have time to ask the students what was building up their frustration and betrayal, so this afternoon I asked my university students what they thought it might be. Below is the gist of their answers.

Fourth: a tear in time.

So I learned a lot today. I learned that the youth who brought the climate crisis to the attention of the world don’t necessarily see that attention as a victory. Back then, when there was silence and denial, inaction could be explained by climate not being enough of a topic for anyone to care or act. In great part due to the climate strikes of 2018–2019, climate skyrocketed to the top of the agenda, on the surface at least.

And as a result, inaction is now perceived as a deliberate, inevitable choice. The grown-ups (and their grown-ups) know they are hurting and harming the youth and they are still doing it. The hurt and despair are immense. No wonder the high school students were muttering while I was pontificating to them about emissions and degrees of warming and impacts. None of that is seen to matter. It’s like coming to a Victorian school and pointing out to the students that sticks are used to beat them, and that beatings hurt. Like, duh. They know already. What they need to know is how to take the stick away from the adults. They need to know how to become a counter-power who can take away our ability to harm them.

And this is why I wish I had at least had the opportunity of discussing activism, and the arc of struggle with them. Because they do have at least a sliver of a chance of being able to be that counter-power, of taking the climate stick away from grown-ups (and our grown-ups). Yes, information alone is not enough. But there is so much more to do.

So I learned something today, and I hope you did too. I wanted to write this out, not in an elegant way, but fast, because it was so important to me and I wanted to share what the day was like.

In the morning I failed, but in the afternoon, I applied my first lesson, and asked my university students what they wanted to think and hear about. They answered many things, but mainly that their teaching to date had been too problem-oriented, and that they wanted to learn how to work on solutions: what those would look like in various professional sectors. They wanted to figure out what levers to push on to effect change on intertwined political & economic systems. They wanted to know about legal and commercial aspects of systemic transformation. And they wanted more opportunities of discussing their education and its direction.

So … I threw away the powerpoint presentation I had prepared. Instead (drum roll), I went through the IPCC AR6 WG3 slides on sectoral solutions, and we discussed each in turn, to the extent of my competence. We also discussed state capture, industrial lobby groups, vested interests and barriers to change, new technologies and colonialism, and seeing one’s work as striving to achieve systemic change. It was one of the best teaching experiences I’ve ever had. There were smiles and enthusiasm and incredulity and frustrated groans, laughter and the whole gamut of human effort. Whatever it was, it didn’t feel like betrayal any more.