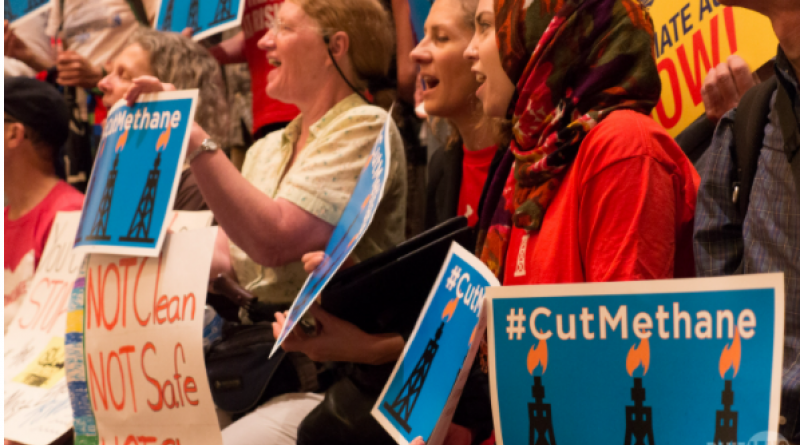 The less-infamous greenhouse gas is also a problem to be reckoned with.

Climate experts are sounding the alarm on the role methane emissions play in global warming. Atmospheric concentrations of this greenhouse gas, which is 80 times more potent than CO2 (but more short-lived), are now higher than at any moment in at past 800,000 years. If humanity could tackle these emissions, that would put a huge and fast break on climate change — giving us much-needed time to deal with carbon dioxide.

Earlier this week, the UN Intergovernmental Panel on Climate Change (IPCC), which groups leading climate experts, published a report on the state of the planet. Overall, it’s not looking too great. While the archvillain of the assessment is CO2, methane emissions are also on the rise, which has led to signs of concern among scientists.

“Methane is the next crucial, fast, climate-stabilization prize,” said Rick Duke, White House liaison for the Special Presidential Envoy for Climate Change, at a press conference following the report. “There’s simply nothing that comes close for securing our near-term climate future and buying us crucial time to decarbonize energy.”

Like CO2, methane contains carbon. Its chemical formula is CH4 — one carbon atom and four hydrogen atoms. It’s the main component of natural gas and of many ecosystems, and it can be released into the atmosphere in many ways. Rotting vegetation produces methane, especially in wetlands. When insects like termites and ungulates like cows digest food, they also produce methane. It’s mostly cow burps that have the gas.

While methane is a natural component of Earth’s atmosphere, the amount that has been recently added to the atmosphere is insanely high. Livestock breeding (not just cows but also sheep and pigs) is a big factor, as all the manure adds more methane to the atmosphere. In the US, meat alone is responsible for over a quarter of domestic methane emissions.

“It’s a combination of sources, from agriculture, including cattle and rice production, another large source of methane is rubbish dumps,” Peter Thorne, an IPCC author from Maynooth University in Ireland, told BBC.  “One of the biggest is from the production, transport and use of natural gas – which should be called fossil gas.”

There’s been a big spike in methane emissions since 2008, which researchers believed is linked to the increase in fracking for natural gas in parts of the United States. In 2019, methane in the atmosphere reached record levels, around two-and-a-half times above what it was in the pre-industrial era, according to the IPCC’s report findings.

What worries scientists is that methane is very powerful when it comes to heating the planet. Over a 100-year period, it’s 28 to 34 times as powerful as CO2. Nevertheless, one positive thing is that methane doesn’t last as long in the air as CO2. If one ton of methane is released today, only half would remain in the atmosphere in a decade.

Reducing methane emissions by 40-45% over the next decade would avoid a 0.3ºC increase in global temperature by 2040, the IPCC said. That can make a big difference to meet the targets of the Paris Climate Agreement, though which governments committed in 2015 to limiting temperature increase to 2ºC or even ideally 1.5º

Researchers believe that are a range of relatively simple actions that can quickly curb the production of methane. Euan Nisbet from the Royal Holloway University of London told BBC that “it’s relatively cheap” to bring down some of the sources. That’s especially the case of methane leaks from the gas industry, which are easy to find.

In agriculture, there are also many technical changes related to manure and animal feed that can make a difference in lowering emissions. Still, making big cuts will require political actions. In countries like Ireland, New Zealand, and Brazil, where farming plays a big role in the economy, these changes are usually rejected.

“If there’s one simple takeaway [from this report], it’s urgency,” Ilissa Ocko, a climate scientist at Environmental Defense Fund, said on a press call “Drastic cuts in CO2 and, eventually, net zero CO2 emissions will be critical to limiting the extent of future warming. But cutting methane emissions is the single fastest, most effective way there is to slow the rate of warming right now.”