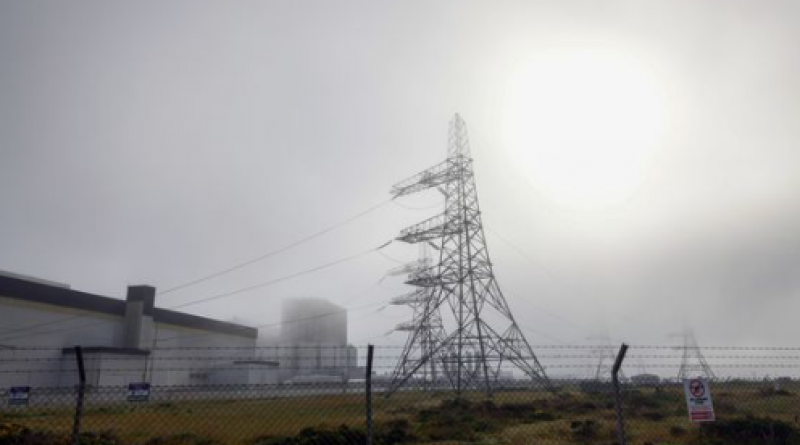 There’s still a place for nuclear in the energy mix, if only investment would get back on track.

Energy giant BP Plc has been publishing its annual review of global energy statistics for seven decades. (I’ve been reading it — and digesting its data — for about a fifth of that time.)

The latest edition published in July is, understandably, quite focused on the largest year-on-year decline in primary energy consumption since 1945. But there’s another finding worth noting: 2020 was the first year in which renewable power generation (excluding hydro) surpassed nuclear power generation.

Charted out, the comparison is striking. In 1965, the year BP’s data begins, nuclear generated 24 terawatt-hours of power, while wind, solar, geothermal, and biomass generated 15 terawatt-hours. That was as close as the two categories would be again until 2019.

The gap between the two widened for four full decades, but with nuclear generation basically flat since the turn of the century and renewables continuing to grow, the latter caught the former in 2020. 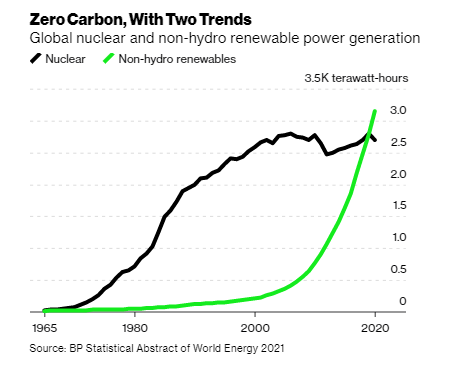 Compare the shape of the renewables curve to nuclear’s. The perfectly smooth renewables curve is an aggregate of hundreds of geothermal plants, thousands of biomass turbines, a-third-of-a-million wind turbines, and more than a billion photovoltaic modules, installed across numerous global markets. It shows not a single annual decline in more than 50 years.

Nuclear is basically the opposite: a single technology with a small number of plants in an even smaller number of markets. Many discrete decisions — whether to embark on a massive expansion in one market, say, or to shut down generation for years in the wake of disaster — are visible in this chart. There, in 2011, is the Japanese nuclear fleet response to the Tōhoku earthquake and ensuing tsunami. And we don’t need to squint to see the shutdown of six plants last year in the U.S, Sweden, Russia, and France.

This is what the nuclear fleet’s growth trajectory looks like, according to the International Atomic Energy Agency: basically flat in the 21st century, with only four more plants operational now than in 2001. 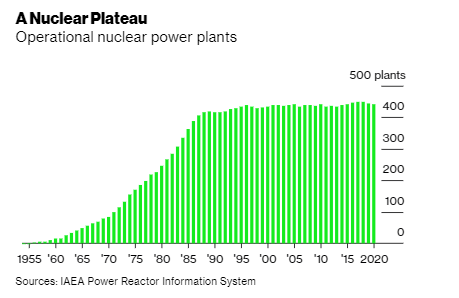 Nuclear plants are also pretty old. Most were designed for a 40-year useful life, and a lot of them are approaching that age now—a full 45% are between the ages of 31 and 40. There are more nuclear plants older than 46 than there are those under 6. 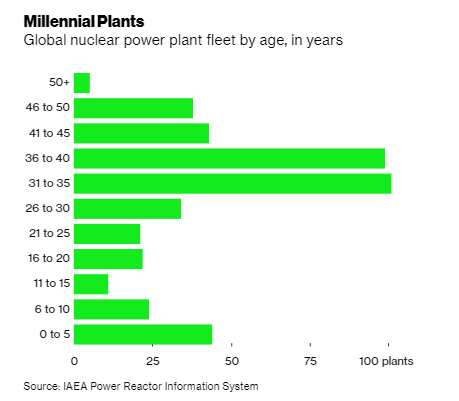 One heartening sign for nuclear power is the relative abundance of the youngest plants. There are four times as many nuclear plants five years or younger as there are between the ages of 11 and 15, and twice as many as those aged 16 to 20.

But plant age is a trailing indicator, not a leading indicator. It takes years, sometimes a decade or more, to bring a nuclear plant into full operation, which means that there’s a significant lag between when construction starts and when the finished facility is connected to the grid. New nuclear construction in the U.S. is also running over schedule and over budget, for many reasons. The wave of young plants in the chart above is actually the result of decisions made and processes started more than a decade ago. 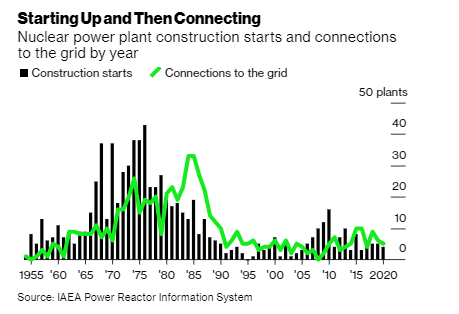 It’s important to remember that from a climate perspective, nuclear and renewables are not in competition. There will be enough growth in electricity demand to support significant expansion of every zero-carbon power generation technology.

Nuclear could even wind up being essential to deep decarbonization in other sectors. BloombergNEF recently published three scenarios for reaching a net-zero emissions energy sector by 2050, and one of them assumes a massive deployment of small, modular nuclear reactors designed to complement wind, solar, and batter technologies. That scenario includes nuclear power applied not just to electricity, but also to manufacturing hydrogen. A number of early-stage companies are testing these smaller, more modular nuclear generation technologies, which is a promising start.

Still, getting nuclear power back on the growth curve is a decade-long process, i.e. the best time to have done it would have been 10 (or 20) years ago. The second-best time is right now. We should hope that the two lines on that power generation chart get closer again. We would all be better off for it.