Investors are trying to shut down fossil fuel companies from the inside — this is what they're doing. 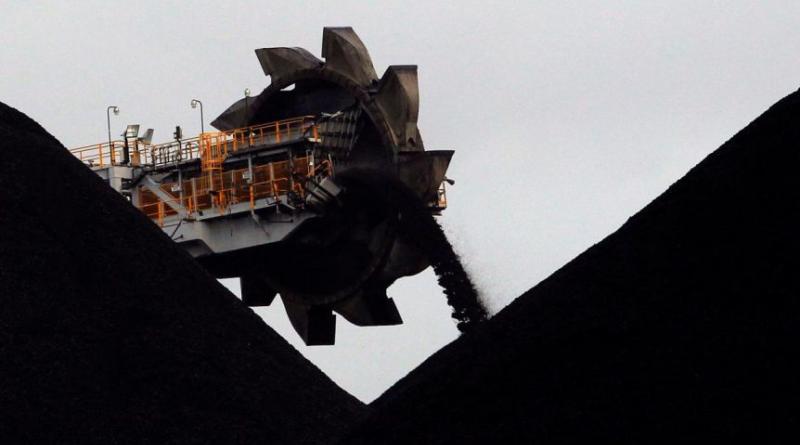 More than 100 investors in Whitehaven Coal have filed a resolution asking the company to plan its own closure — the first in an ambitious play by an activist shareholder group to push fossil fuel companies to act on climate change.

The resolution, organised by the activist shareholder group Market Forces, comes ahead of this year's company annual reporting season.

The group — which is aligned with conservation organisation Friends of the Earth — plans to file similar resolutions with three other Australian companies: New Hope Group, Beach Energy and Cooper Energy.

New Hope is predominantly a coal miner, while Beach Energy and Cooper Energy are both focused on oil and gas.

In a move analysts say may move other investors to question the long term viability of pure-play fossil fuel companies, Market Forces's latest resolution argues any investment in the company's coal operations will become worthless "stranded assets" as the world shifts away from coal.

It calls for a plan to return all remaining capital in the company to investors.

"Whitehaven's current plans threaten to waste investor capital on projects that are incompatible with a Paris-aligned energy transition, and unrealistic in light of market shifts already underway," the official documents lodged with Whitehaven said.

Market Forces executive director Julien Vincent said the group was pushing the resolution to make the company "sensibly manage" its decline as it "inevitably goes out of business".

"[That way] capital gets returned to investors instead of wasted, and workers can be retrained, re-skilled and supported to find new employment instead of suffering the shock of an economy racing to keep a lid on global warming," he said.

A Whitehaven Coal spokesperson said based on its analysis the likelihood of any of its assets becoming stranded was "low".

It said aspects of the pace and scale of the global transition towards a lower-carbon world were subject to "considerable uncertainty".

"High-quality coal can contribute to meaningful carbon reductions today, and we will continue to meet the strong and growing demand for higher quality coal that exists in nearby export markets."

Before COVID-19, thermal coal was a hot commodity.

It was fetching a high price and Australia's exports were rising.

Since the pandemic, export volumes have remained steady, but the price has plummeted, forcing some mines to reduce output, and put expansion plans on ice.

The Department of Industry's latest figures project the price will stay depressed for the next few years, and export volumes are likely to dip.

Some analysts have said coal needs to be phased out globally by 2040 to stop warming at 1.5C.

As a result, Market Forces argues Whitehaven Coal will produce 500 million tonnes of coal between 2030 and 2050 that can't be sold.

The ABC approached several super funds still invested in Whitehaven, but all declined an interview.

First State Super, Australia's third largest super fund, announced this year it would dump investments in companies that derived more than 10 per cent of their revenue from thermal coal.

Following that announcement, the super fund divested from Whitehaven Coal, and therefore won't be voting on this resolution if it's presented to the next Annual General Meeting

"So I guess... the resolution would be aligned to our thinking, i.e., we want you to close down because we actually think it's a stranded asset," First State Super head of responsible investments Liza McDonald.

Shareholder resolutions on climate change started in Australia about 2011, with a resolution against Perth-based oil and gas company Woodside.

It got less than 6 per cent support.

But since then, the number of resolutions filed each year, and the support those resolutions have got, has grown.

At least 15 shareholder resolutions on climate change were voted on at AGMs in 2019.

And so far in 2020, four resolutions have received more than 40 per cent support.

One against Woodside this year asked it to align its strategy with the aims of the Paris Agreement received more than 50 per cent.

It was a first for any shareholder resolution on climate change in Australia.

Mr Vincent said the difference between Market Forces's latest moves and previous resolutions was the degree of tolerance for a company "pretending that it can just go on with business as usual".

He said there was no "particular number" of votes they aimed to achieve and it would not be binding on the company — even if it had majority support.

"We've seen previously resolutions that have only resulted in 10 or 15 per cent of the vote result in the company actually going about the changes called for in the first place," Mr Vincent said.

He advises investors on how to vote on these resolutions, as well as some companies targeted by them.

"The resolution itself may not get up, but it will definitely be the focus of a dialogue about what is the future for a company like this," he said.

"This is not a stunt at all.

"This is a serious shareholder resolution about the core value of the company and its long-term viability in a marketplace where investors are moving away from fossil fuels and from coal," Mr Wilder said.

He said how much support the resolution gets is not the most important question.

"It is drawing attention to the issue, which many of the investors themselves are entirely focused on at the moment," Mr Wilder said.

Other activist groups are also mulling more ambitious demands in the next phase of shareholder resolutions.

The Australian Centre for Corporate Responsibility organised most of the recent similar resolutions in Australia.

"The first resolutions we filed were really around disclosure and I guess they're what you'd call the most supportable because you're just asking the company to provide more information," Australian Centre for Corporate Responsibility representative Dan Gocher said.

The next phase, he said, was asking the companies to take some action — which has already begun. After that, they would look to hold directors accountable.

"Companies like Santos and Woodside — we would expect some shift from them in the next six to 12 months and if that doesn't happen we'll start to look at the board," he said.

This Earth Day, we must stop the fossil fuel money pipeline.