Intense Heat Wave Bakes Much of the U.S. 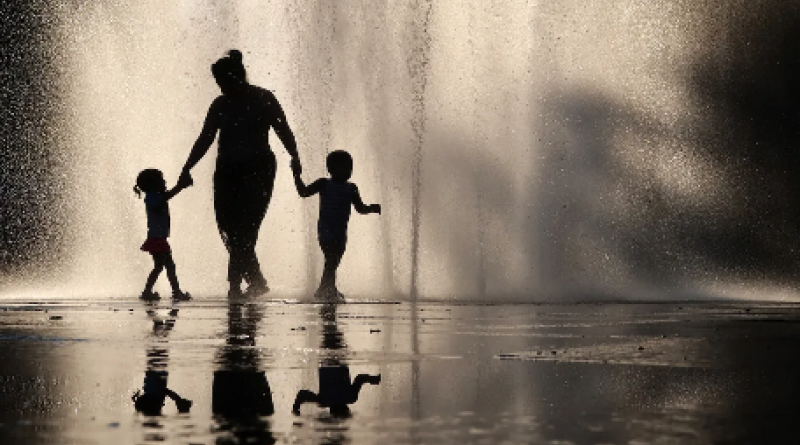 A heat wave that set in over the South and Southwest left much of the U.S. blanketed in record-breaking triple digit temperatures over the weekend. The widespread and intense heat wave will last for weeks, making the magnitude and duration of its heat impressive, according to The Washington Post.

The heat wave brought temperatures that soared above 110 degrees to some parts of the South over the weekend. While it scorched that part of the country, it is expected to linger around the nation's heartland as it moves north and east over the Ohio Valley this week, according to CBS News.

Last week, the National Weather Service predicted 75 or more record-high temperatures would be approached or broken from Friday to Tuesday alone, and that number is likely to grow significantly into this upcoming week, as CBS News reported.

"The heat wave will be very long-lived, lasting multiple weeks in some areas with only a few days of near-normal temperatures during that span," said Jeff Masters, Ph.D., founder of the popular site Weather Underground and a regular contributor to Yale Climate Connections, to CBS News. "This will increase the odds of heat illness and heat-related deaths."

The high temperatures in many parts of the country were 10 degrees above normal over the weekend. Las Vegas, Phoenix and Tucson all saw temperatures over 110 degrees. Dallas, San Antonio and Lubbock all exceeded 100 degrees. In New England, Boston and Providence had a heat index of 96 degrees. Other hot locations included Orlando, Florida, Montgomery, Alabama and Columbia, South Carolina, which all saw temperatures around 95 degrees Sunday, according to CNN.

Lara Pagano, a meteorologist at the Weather Prediction Center, told The Guardian that the heatwave is being caused by high pressure over the area that is being exacerbated by unusually low monsoonal moisture.

"Typically this time of year we tend to see more monsoonal moisture moving into the south-west so that can help temper some of the higher temperatures," she said. "It's been delayed."

The Washington Post reported that by the middle of this week, a zone of high pressure coming down from southeast Canada will merge with a similar system in the west, combining into a synergistic continental-scale heat dome.

The bigger these heat domes grow, the hotter and longer-lasting heat waves become. And this will be a big one, according to CBS News. More than 80 percent of the nation — 265 million people — will see highs above 90 within a week. Another 50 million will experience triple-digit temperatures, with high-temperature alerts in every southern state from California to Florida.

That heat will also bring the possibility of moderate to severe windstorms in some parts of the country.

As the climate crisis continues to worsen, it ushers in more severe and intense heat events. A recent analysis by Climate Central found that the number of days each year with both high heat and humidity has doubled across much of the United States since 1980, according to The Washington Post.

"Another decade of global warming, combined with natural variability, should produce a July heat wave in the U.S. capable of beating most of the Dust Bowl extreme temperature records," said Masters to CBS News.

Long-term computer model projections point to a continuation of heat into the end of July.