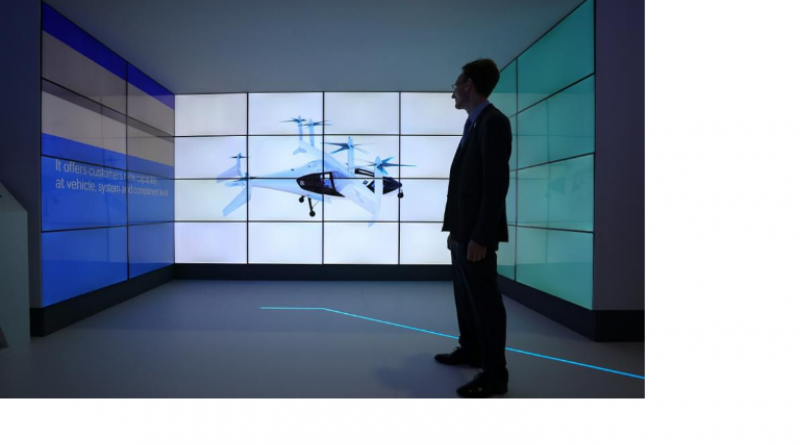 Since the Wright brothers’ first flight in 1903 air travel has continued to inspire people around the world and airlines have helped drive innovation in travel and quality of life. As more and more people travel and become increasingly aware of their carbon footprint, flying has come under the spotlight as one of the most polluting industries, but also as one with the most potential to turn things around. Renewable energy has continued its upward trend on land as governments look to more responsible and sustainable sources of energy, whilst car manufacturers have also been implementing more hybrid and electric models within their lines - and airlines will soon follow.

After Solar Impulse 2 completed the world’s first circumnavigation by a solar-powered aircraft in 2016, airlines and aircraft manufacturers looked to become the first to provide a commercial equivalent. Bertrand Piccard, one of the pilots responsible for Solar Impulse 2’s journey, stressed the importance of renewable energy to The Guardian, saying: “All the clean technologies we use, they can be used everywhere. So we have flown 40,000km, but now it is up to other people to take it further. These technologies now can make the world much better and we have to use them, not only for the environment but also because they are profitable and create jobs.”

The following year saw multiple projects funded as the airline industry acknowledged the future of low-carbon transportation methods. In 2017, Zunum Aero, a small aviation startup focused on delivering a range of hybrid-electric planes received investments from JetBlue and Boeing, whilst EasyJet teamed up with Wright Electric to develop battery-powered aircraft and NASA also announced its plans to develop its own electric aircraft.

Since then, innovation has borne fruit as consulting firm Roland Berger noted“an industry-wide shift” as self-imposed deadlines loom. Orkney, a Scottish archipelago renowned for their renewable energy research, are expected to be home to the world’s first fully electric airline routes. Regional carrier Loganair hopes to open their electric island hopping service in 2021 using repurposed Britten Norman Islander aircraft that will fly to the six regional airports that are spread across the Orkney Islands. UK-based company Cranfield Aerospace Solutions will be in charge of the retrofit.

In addition to setting a new record in aviation, Loganair will also be helping improve Orkney’s position as a world leader in innovation; as Jonathan Hinkles, the managing director of Cranfield Aerospace Solutions points out: “Orkney is a fantastic place to start this kind of development because the islands are well-known for the leading role they have taken in renewable energy and embracing new developments in the sector.”

The flights are quite short — one is even the current Guinness World Record for shortest scheduled passenger flight — and will provide Loganair and other airlines with a taste of electric commercial flights. Whilst the eight-seater planes that will take to the skies in 2021 may be the first commercial endeavor, several other entities will look to surpass the bar it sets in coming years.

Zunum Aero has plans for its first short-haul airliner to take to the skies in 2022, with plans for its’ larger aircraft to come into service from 2027 onwards. The company is working with Norway to reduce the carbon emissions of the country’s aviation sector. Norway is working towards having all short-haul flights departing from its airports to be electric by 2040 and will start introducing hybrid electric planes by 2025. EasyJet and Wright Electric hope to have their first brand-new electric passenger aircraft in the air by 2027. Boasting a capacity of 150 passengers, the flights will be tasked with ultra-short haul connections. Meanwhile, aircraft manufacturing giant Airbus has expressed an interest in developing a fully electric aircraft by 2030.

The benefits of electric air travel transcend its low-carbon emissions. Aviation experts believe these aircrafts’ power source will mean that they will be less noisy, smaller and need a shorter runway to take off and land -- this could lead to more regional airports and rural communities being connected to the world at large. Additionally, due to their size, electric planes would require less maintenance costs thus reducing the cost of tickets, which could in turn drive airlines to developing more electric or alternative options.

Over a hundred years since the Wright brothers, aircraft are still driving research and development in how to make our society better. An industry with immense potential for change, aviation has continued to innovate.

Kite power to take flight in Scotland next year