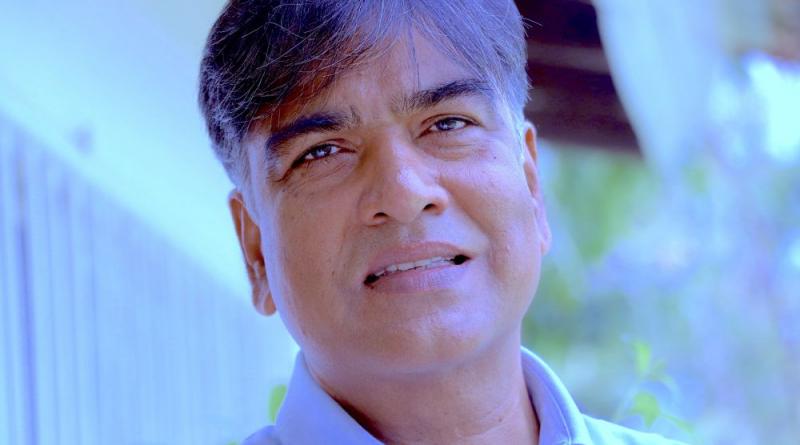 The Covid-19 pandemic has taken a heavy toll on human lives and the economy, bringing on a 1930s era-like depression. Unemployment is on the rise, exacerbating poverty and inequality, more so in developing countries given the preponderance of the informal sector. Relief measures are important, but it is critical to determine the root cause of the crisis. Virologists and public health experts stress ecosystem disruption, including illegal wildlife trade, climate change and biodiversity destruction, as the main driver.  Management of biodiversity is central to avoiding reoccurrences. Making robust indicators to track progress in managing biodiversity critical. In this context, the operational guidelines to be finalized at the UN biodiversity summit in 2021 are important.

Various scientific assessments warn of the alarming rate of biodiversity loss. The first global assessment by the Intergovernmental Science Policy Platform for Biodiversity and Ecosystem Services states that every year the world is at risk of losing 1 million animals and plant species to extinction. The IUCN REDD ecosystem protocol found that 45 per cent of the 2800 assessments conducted in 100 countries, are at risk of collapsing. Between 1996 and 2010, approximately 12 per cent of the world’s mangroves have been lost to anthropocentric drivers of change. Since 1950, the world has lost half its wildlife. The decline in biodiversity and ecosystems is almost conclusive. In the last 70 years, the world's output has increased 15 times and population tripled, exacting a high toll on ecosystems, biodiversity and nature's resilience.

Diversity in nature, or biodiversity, is important as it provides sustenance and base to economic activity. Two-thirds of global GDP is directly or indirectly related ecosystems and biodiversity. The World Economic Forum’s 2020 Global Risk Report identifies climate change and biodiversity loss among the top five threats to business and economy. Global economic development has resulted in natural resource depletion, diminishing environmental services and environmental degradation undermining sustainability.  Humans can destroy natural capital indirectly by contamination or directly by over exploitation.

Some basic conclusions that can be drawn are first, there could be an apparent trade-off between nature and economy if biodiversity and nature's contribution are not captured and integrated with the dominant economic sector. Two, the biodiversity conservation agenda needs SMART (specific, measurable, achievable, relevant and timely) and easy set of indicators. The February meeting of the UN biodiversity framework in Rome identified this as necessary and called for stringent and achievable goals such as new target for protection, control of invasive species, sustainable use of biodiversity. Third, the biodiversity community can build on lessons from climate scientists; the success of climate change targets was built upon quantified information.

Aichi targets on biodiversity (2011-2020) were great and achieved a lot in terms of good ambition and intent, especially on access and benefit sharing. More could have been achieved if targets had been backed up by quantified indicators. That requires accepting the idea that biodiversity is more than species of living beings and ecosystems; that is about conservation and that interactions such as farming practices, food-energy choices, infrastructure, supply chain and range decisions about sustainable consumption and production have a bearing on ecosystems

The Subsidiary Body on Scientific, Technical and Technological Advice of the UN biodiversity convention, slated to meet in August, will finalise goals, targets and baseline indicators to implement the global biodiversity framework. They should avoid the easy option of linking a “simpler” version of biodiversity with the economy. The Systems of Environment and Economic Accounts used in the past was not successful in capturing all elements of biodiversity. The only option is the inclusive wealth framework in which biodiversity is treated as one of the natural capitals.

Biodiversity and other forms of natural capital accrue benefits to society and require investable funds for their maintenance and preservation. This requires accounting natural capital assets. However, market prices determined through exchange /transaction is insufficient to capture nature’s contribution to society and economy. Natural capital is now an accepted term. At the second United Nations Environmental Assembly  countries agreed that “natural capital and natural resource valuation and accounting mechanisms can help countries to assess and appreciate the worth and full value of their natural capital and to monitor environmental degradation ” This requires governments to undertake wealth accounting that includes biodiversity and ecosystem health. A first step would be a clear quantifiable measurement of biodiversity.  Valuation through an accounting or shadow price can be used to deal with the challenge of integrating natural capital with the economy A shadow price that is sensitive to local economic, social and institutional factors can be set at the national level. The interim report of the Dasgupta Review for the UK Treasury voices the need for inclusive wealth accounting to keep track of changes in natural assets and the emerging trade-offs.

The UNEP-led Inclusive Wealth Report estimated the inclusive wealth per head over the period 1992-2014 in 140 countries. Data limitations, especially on natural capital, notwithstanding the report found that natural capital is on decline. The inclusive wealth per capita (natural, produced and human) is on rise but its growth is less than that of the GDP per capita. This suggests that income (flow) is being mixed up with the wealth (stock). This does not augur well for sustainability. Only 84 countries experienced non-declining inclusive wealth per head. In most countries, developed and developing, the value of the stocks of produced capital, and to a lesser extent human capital increased while that of natural capital declined.

There are 17 SDGs with 169 specific targets. These goals and targets are being tracked and measured by more than 244 socio-economic indicators. For the SDGs to be sustainable, governments should be required provide estimates of changes in per capita inclusive wealth. SDGs require governments to strike a balance between investment in capital goods and enabling assets. The notion of inclusive wealth formalises a way that this balance can be struck; GDP per capita is inadequate for the task. The 2030 Agenda progress report shows that that the world is falling behind on every goal. We have only 10 years to achieve the SDGs.  With the COVID-19 pandemic, it is even more incumbent on the “super year for nature and biodiversity” to deliver. The UN Convention of Biodiversity provides an opportunity. A credible indicator to measure wealth, including biodiversity, will help.

[1] The views expressed are personal and might  not necessarily mean those of the UNEP.

Implications of COVID-19 for Public Health and the SDGs.

Will the SDGs Still be Relevant after the Pandemic? A Disability Rights Perspective

Bluer Skies, Less Greenhouse Gas. What Happens After the Pandemic?