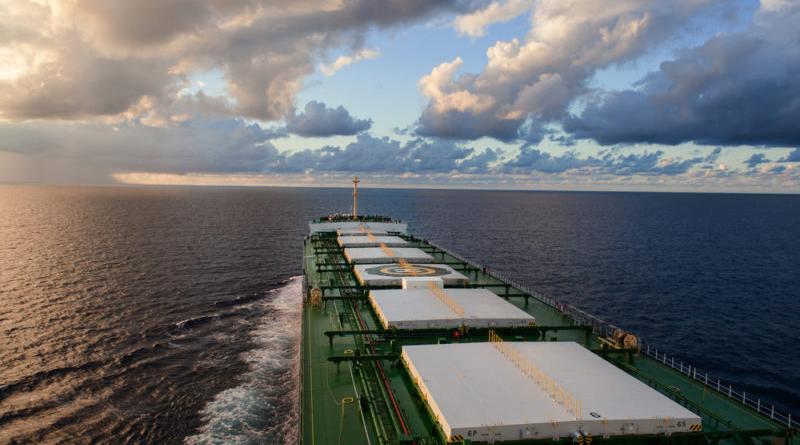 The cost of shipping commodities by sea surged to the highest in almost nine years as vessel owners start taking carriers off hire to prepare them for sweeping new fuel rules.

The Baltic Dry Index, a measure of freight for everything from coal to iron ore to grains, surged to 2,378 points on Friday, the highest since November 2010, according to figures from the London-based Baltic Exchange. Giant ships called Capesizes are earning almost $35,000 a day, the most in at least 5 1/2 years.

The maritime industry is preparing for one of the most significant changes in its recent history — a mandatory curtailment in sulfur oxide emissions that will be imposed in just over three months’ time. In order to comply, thousands of ships are being taken out of the market to fit equipment called scrubbers that will allow them to keep burning today’s cheaper fuel. The ships that don’t have them are expected to have to pay more.

“The main reason is that a rising number of vessels are going off-hire to retrofit scrubbers ahead of the January 1 deadline.” said Burak Cetinok, head of research at Arrow Shipbroking Group in London. “Basically, you’ve got strong export volumes on the one hand and restricted vessel supply on the other. This has been boosting the rates.”

Rates are also surging because ships were taken out of the market for scrapping earlier this year when a dam collapse in Brazil prompted Vale SA to shutter some mining operations, choking off iron ore cargoes and sending rates plummeting, according to shipping industry association Bimco. That demand growth has now returned to a smaller fleet of available ships, boosting earnings.

“It was a horrific first quarter for the capesizes,” said Peter Sand, chief shipping analyst at trade group BIMCO. “When capesize freight rates were really low in the first quarter, loss-making for everyone, ship owners decided to scrap excess tonnage in the global market and that — in combination with the return of iron ore out of Brazil and strength in iron ore out of Australia — has lifted the capesize market since July.”

Rates are surging across all the ship sizes that the Baltic Exchange monitors. Panamax carriers, one size down from Capesizes, are making $18,000 a day, the most since 2010. Handysizes, at $9,700 are earning the most for the time of year since 2011.

Iron ore producers are making up for previously lost production while deliveries of new ships is slowing, said Jonathan Chappell, an analyst focusing on marine transportation equities at Evercore ISI, adding that dozens of ships have been removed from the fleet to fit scrubbers.

Read about the impact of thousands of ships getting scrubbers fitted

As well as the fuel switch, freight rates are being buoyed by relatively slow fleet growth and demand that’s held up despite a trade war between the U.S. and China, according to Cetinok.

Total supply of commodity carriers will grow by almost 3% this year. At times in the past decade the fleet’s capacity has expanded by well over 10%, data from Clarkson Plc, the world’s largest shipbroker.

Still, the recent strength may not last, according to Bimco’s Sand. Iron ore imports into China have come down by 5% in the first seven months of the year — something that’s bad news for a market that relies on the Asian country to boost the flow of cargoes.

“I would not expect the nine-year high to last the full year, I would expect more volatility,” he said.