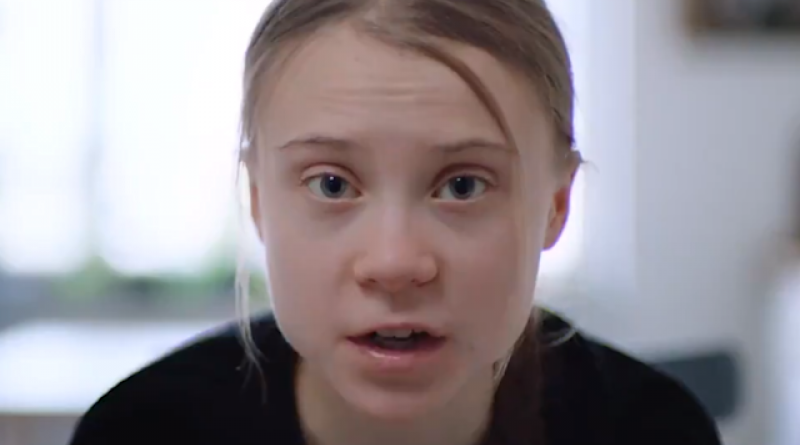 Greta Thunberg has warned humanity must shift to a plant-based diet quickly to prevent more ecological and health crises.

In a video posted online, the Swedish climate activist urged people to change what they eat, warning bluntly: “If we don’t change, we’re f****d.”

“The climate crisis, the ecological crisis and the health crisis – they are all interlinked,” the 18-year-old said.

“The way we make food, raising animals to eat, clearing land to grow food to feed those animals… It just doesn’t make sense.”

As many as three in four new diseases spill over from animals, who are forced into close proximity with humans through intensive farming and the destruction of habitats, Ms Thunberg said.

Raising livestock for food is also responsible for about a quarter of global emissions, while switching to a vegan diet could stop as much as eight billion tonnes of CO2 being released into the atmosphere each year.

“If we keep making food the way we do, we will also destroy the habitats of most wild plants and animals, driving countless species to extinction. This really sucks for us too – they are our life-supporting system. If we lost them, we will be lost too.”

Ms Thunberg, who has been a vegan herself for many years, also pleaded with her viewers to consider the “thoughts and feelings” of animals raised for food, most of whom spend “short and terrible” lives inside industrialised factory farms

Quoting the secretary general of the UN, Antonio Guterres, she said: “For too long we have been waging a senseless and suicidal war on nature.”

The video was funded by Mercy For Animals, a charity which campaigns to prevent cruelty in the livestock industry and promote veganism. It was released on the International Day of Biological Diversity.

She shot to fame in 2018 when she began skipping school on Fridays to protest outside the Swedish parliament, sparking a global School Strike for Climate movement.

In 2019 she famously sailed in a yacht across the Atlantic to speak at the UN in New York, castigating world leaders in a ferociously blunt speech for relying on young people like her to inspire them to tackle the climate crisis, while stealing her future by greedily continuing to burn fossil fuels.