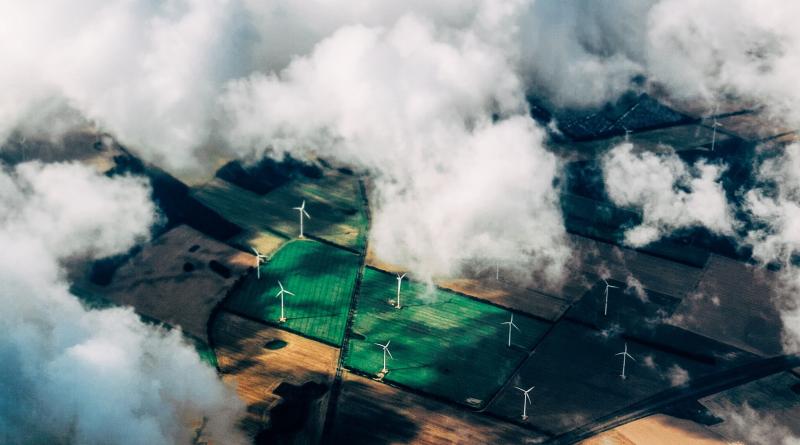 26 April (IEEFA Asia): Carbon, capture, utilization and storage (CCUS) is increasingly attracting attention in South East Asia. However, in the absence of the right drivers, its prospect in the region remains questionable, according to IEEFA’s latest report on CCUS in South East Asia.

“CCUS can be viable when placed under a certain operational context, such as a high carbon price environment with a strict emissions regulation, but the same technology could be far from ready in more cost-sensitive markets with lax emissions control,” says IEEFA Energy Finance Analyst Putra Adhiguna, author of the report.

CCUS costs range widely from sub-US$50 to more than US$100 per tonne of captured carbon dioxide (CO2). There is no dodging the big question that CCUS costs need to be reconciled, as someone in the value chain will need to internalize the costs, Adhiguna adds.

“With the exception of Singapore, a carbon price is largely non-existent in the South East Asian market, yet CCUS essentially represents a ‘tax’ to continue emitting carbon,” says Adhiguna.

Adhiguna outlines three CCUS applications, which currently dominate the discussions in South East Asia: gas processing, industries/product based CCUS for hydrogen and ammonia exports, as well as potential future usage in the power sector. Current global CCUS capacity is around 40 million tonnes per annum (MTPA) of CO2 captured. In more than 70% of existing CCUS facilities, the captured CO2 is utilized to help increase oil and gas production.

Three quarters of the CCUS project pipeline in South East Asia is to capture excess CO2 from the processing of gas as they are produced from the ground.

The uniqueness of CCUS is its ability to be retrofitted into existing power and industrial assets. Nevertheless, “While the public may be captivated by the imagination of coal or gas power with little-to-no emissions, current plans are traveling in a different direction,” says Adhiguna.

More than 60% of the current CCUS capacity deployed globally is applied for gas processing, not for power generation. In fact, only one commercial power generation CCUS is operating in the world at present, one for coal and none for gas.

Gas processing CCUS has been applied since the 1970s and costs much less than power generation CCUS.

“The recent uptick in South East Asia’s CCUS discussions is largely a form of catching up on the past trend, potentially anticipating possible changes in market attitudes towards CO2-rich gas,” Adhiguna observes. 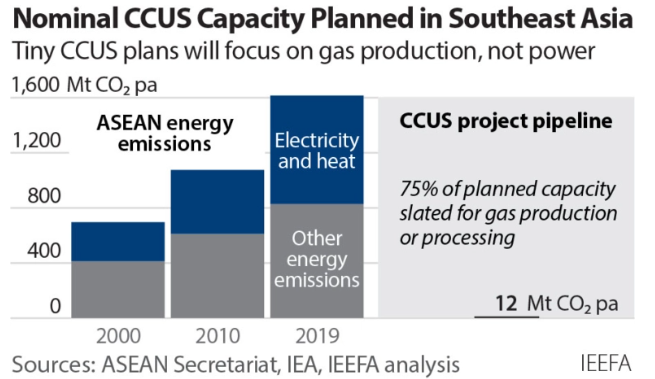 Be mindful of the burgeoning price tag: who is paying?

In the case of CCUS for power, Adhiguna finds that the often-cited claims of a continual cost decline of CCUS for power could muddle understanding, as they are largely based on studies. The indefinite closure of the United States’ sole power generation CCUS project in 2021 due to economic reasons after only three years in operation further raises questions.

The line between technical and commercial readiness of CCUS in power should not be blurred, especially when most existing projects have been scaffolded by significant public funding.

“The United States has spent at least US$1.1bn of public funds to support power and industrial CCUS, but none of its eight power projects is online today,” says Adhiguna.

The European Union has spent at least €424m, with ‘intended progress not achieved’, as stated by the European Court of Auditors. Most South East Asian governments are unlikely to afford such a prominent role to backstop CCUS developments.

Testing CCUS in large power plants has proven costly, with US$1bn cost to retrofit a 240MW coal power plant in 2017. With the high cost, a different maturity pathway for CCUS should be expected.

“In comparison, it is arguably easier to learn from and incrementally improve a US$3-4m wind turbine, than a demonstration project costing hundreds of millions of dollars,” says Adhiguna.

The three potential leaders for CCUS in Asia — China, Japan, and South Korea still have a lot of catching up to do. How CCUS plays out in these countries is important, especially given the United States’ rapid departure from coal, and potentially along with it, its attention to coal power CCUS, a large part of the power mix in South East Asia.

Adhiguna also advises to carefully assess the full cost of CCUS as its operation consumes significant amounts of energy, of which associated emissions need to be considered. Measuring the cost of carbon dioxide captured is insufficient, as the cost of carbon dioxide avoided needs to be the measure. These are especially important in South East Asia, with fairly lax emissions standards and the predominance of subcritical coal power plants.

Everyone wants CCUS to be viable, but drawing a clear line is necessary on what it could and could not offer in cost-sensitive markets.

“CCUS could play an important role in some hard-to-abate sectors, yet governments should also refrain from using CCUS as a convenient avenue to delay important decisions and asking the hard questions,” says Adhiguna.

Adhiguna adds that CCUS is ultimately a question of priorities with the challenging costs and limited resources, as emphasized in the recent Intergovernmental Panel on Climate Change (IPCC) report released in April 2022.

“South East Asian countries can use CCUS to anticipate future developments of carbon-capture based products and some suitable applications,” Adhiguna says.

“However, it should not distract from the adoption of other lower-cost and proven carbon abatement options in renewable energy and grid integrations, which should remain at the centre of South East Asia’s attention toward decarbonization.”

Read the report: Carbon Capture in the Southeast Asian Market Context: Sorting out the Myths and Realities in Cost-Sensitive Markets

About IEEFA: The Institute for Energy Economics and Financial Analysis (IEEFA) examines issues related to energy markets, trends and policies. The Institute’s mission is to accelerate the transition to a diverse, sustainable and profitable energy economy. (www.ieefa.org)

IEEFA/JMK: India set to miss 2022 solar target by 27% due to lagging rooftop installations