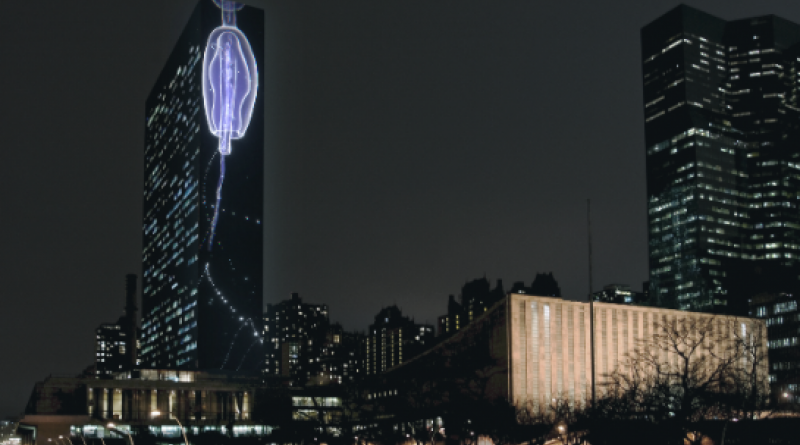 21 September 2021, New York — The Interspecies Assembly, a public art project commissioned by ART 2030, a non-profit organization which unites art with the Sustainable Development Goals (SDGs), will project the filmwork, Vertical Migration, onto the northern façade of the 39-storey UN Secretariat building form 21 to 24 September.

The filmwork was created by SUPERFLEX, a Danish art collective. It shows the movement of Siphonophores in the ocean’s deep sea. The marine creatures, which function not as a single, physically connected body but a colony of organisms keeping an underwater society alive, illustrate the necessity and impact of working together, and in harmony with nature.

The creative call for solidarity and collaboration comes at a time when the United Nations and its partners have issued rallying cries to urgently strengthen the conservation, restoration and preservation of natural resources and biodiversity.

WHAT:
Projection of Vertical Migration [part of the art project Interspecies
Assembly by SUPERFLEX for ART 2030]