‘I go outside, feel miserable and come home burnt to a crisp’: the people who hate summer 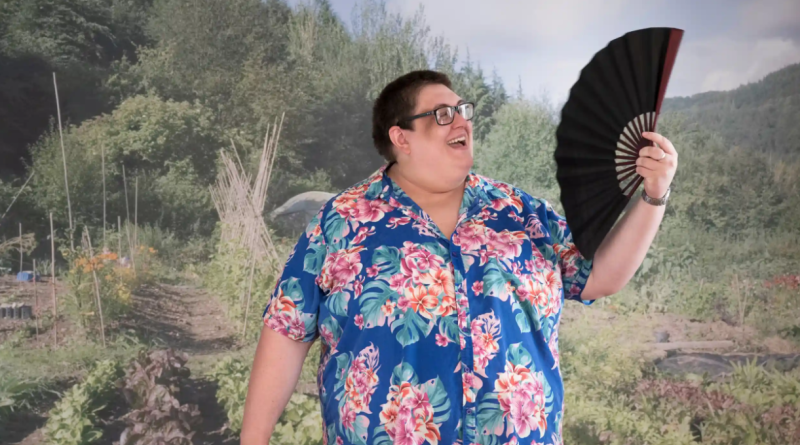 Every day this summer has started with the same routine. I wake up, plunge my head into a sink full of cold water and then check the weather app on my phone. I’m not interested in the forecast for London, where I live, but for Iceland’s capital, Reykjavík. It’s not just that city’s climate – temperature in the low 10s, a hint of rain – that excites me, but also the thrill of imagining a place where the hype around summer doesn’t exist. There is no pressure to do summer “right”; no sense that you are cramming a year’s worth of living into three months; no Fomo (fear of missing out) as a result of scrolling through endless Instagram Stories featuring barbecues, festivals, beaches and thirst traps; no shame at preferring to stay inside with your two biggest fans. It’s time for me to confess: I hate the summer.

The months from June to September have always given me anxiety. In the single-parent household where I grew up, there were few options for escape abroad and the six-week school summer holidays were tricky. My mum, quite reasonably, wanted me and my sister out of the house, in the sun. I felt aimless, riding a bike up and down our street, or hitting a tennis ball against our neighbours’ wall until they got annoyed. Tales of my mum’s idyllic-sounding childhood in the Sussex countryside, where trees were climbed by 8am and streams navigated by lunchtime, were passed down to us like folklore. If I wanted to sit indoors and read, or play Sonic the Hedgehog on a red-hot Sega Mega Drive, I would often be made to feel guilty about not going outside to “enjoy it while it lasts”. To an introverted kid, that felt like a threat – and the feeling has stayed with me.

But today I know I am not alone in my aversion to everything that comes this season – hay fever, paralysing heat, climate-crisis anxiety, the fatigue and depression of summer Sad (seasonal affective disorder), even just the pressure to be happy. “It’s never just summer, it’s ‘Summer!’: the time when you’re expected to be out every evening and weekend,” says Chris Haigh, 31, from Leeds. He compares it to another high-pressure chunk of the year: “It’s Christmas on hard mode, because even Christmas only really lasts a day, whereas summer is all-encompassing for months.”

It’s the same for fellow summer grinch Lauren Starkey, 34, from Brighton. As well as shielding from the sun’s rays on account of being “so very, very ginger” and burning “almost instantly”, she often feels crushed by the atmospheric and societal pressure of the season. “So few people really understand where I’m coming from and why summer is so uncomfortable for me,” she says. “There’s so much pressure to go out, ‘enjoy the weather’ and not ‘waste the day’ indoors.”

Summer’s importance in our lives, in the UK at least, is linked to its unpredictability, explains Trevor Harley, an emeritus professor of psychology at the University of Dundee and the author of The Psychology of Weather. “People are worried that if they don’t make the most of it immediately then that’s it for the summer,” he says.

Harley also links our obsession with the season and its social-life-giving properties to a steady increase in the pace of life – a trend that was curtailed by Covid, but is now being ramped up again. “There is more of a sense now that we have to cram in as much as possible. The idea of the bucket list is quite a new one – things we really must do before we die. Summer, in a way, is a microcosm of that. There are a lot of things we have to fit in before the school holidays finish.”

We’re desperate to belong, to be included and be part of society. That’s an emotional reaction, not a logical one Linda Blair

Implicit in this idea of cramming is a feeling of failure if you can’t. And you can’t just avoid summer. There are “songs of the summer”, a range of “summer blockbusters” and #HotGirlSummer and #BeachBodyReady hashtags, all creating a sense that this period will define the year. No one asks: “How was your winter?”

This can create a disconnect for the summer-averse. “I really hate how out of step I feel with everyone else and everything else going on at this time of year,” says Starkey. “I don’t begrudge anyone having their fun. I just wish there wasn’t this assumption that everyone is equally happy when temperatures hit the mid-20s. To me, it’s not a waste of a day to stay inside on a hot summer day; it’s a waste of a day to go outside, feel miserable and inevitably go home burnt to a crisp.”

For Holly-Jade Johnston, 40, who works for the emergency services in Glasgow, summer affects her personal and professional lives. “People go feral,” she says. “It all starts off jovial, then it’s noise complaints, then people get arrested as the sun goes down. When it comes to summer, I dread it, because people change. The vibe changes. Also, I feel the summer not only brings me anxiety, but also the people I work with. People don’t have the finances to send the kids on fun trips. You can see them dreading the summer.”

She mentions the extra shifts required to cover the seasonal workload, as well as the expectations that arrive after a long day at work. “You’ve got to put yourself in situations you don’t enjoy, but then it could be the only time you get to see your pals. But I often don’t want to pack things into my night – I want to lie down in front of a fan and watch EastEnders.”

Seasonal clothing carries further implications for Johnston, a plus‑size woman. “It’s like: OK, have I got to wear shorts?” she continues. “If so, am I going to have chub rub? Have I got to get parts of my body out that I don’t feel comfortable with? Summer magnifies the space you take up in the world, whereas it’s easier to fade into the background in the winter – and you can hide a lot of things. You can wear jumpers and you can feel comfortable.”

Even opening up about why you don’t like this time of year exposes you to feelings of swimming against the tide. “I sound like a grumpy old woman, but there’s just so much pressure to have a good time,” says Johnston. “Then you’re like: but I’m not having a good time – what does that say about me?”

The power of summer makes us do all sorts of things we wouldn’t normally do, such as paying to ride a swan-shaped pedalo around a lake, or contorting our bodies into complex yoga positions in order to eat a dry sandwich on an itchy blanket near some dog poo (I don’t like picnics). It can also make us feel sad for not taking part.

“It’s the one-two punch of getting it from the companies selling you this summer happiness – ‘lose weight to get summer-ready and you’ll be much happier!’ – and then getting the feedback loop off Instagram and TikTok, where everyone is presenting such a tweaked, perfected version of their own summer that you can’t help but feel bad, even if it’s not your vibe at all,” says Haigh. “I’ve found myself envious of people on my TikTok feed attending week-long music festivals, despite knowing in my soul that I’d rather be chilling in my back garden with a book. It’s regular-flavour Fomo mixed with seasonal pressure.”

It all starts off jovial, then it’s noise complaints, then people get arrested Holly-Jade Johnston

The clinical psychologist Linda Blair says this social media-based emotional weight may be more potent since the pandemic: “Any time we have pressure put on us, we want to run a mile. We’ve had nothing but relentless pressure.” Fomo is on the rise as we try to deal with the stress of venturing outside again. “We’re desperate to belong, to be included and be part of society,” Blair says. “That’s an emotional reaction and not a logical reaction. It’s: oh dear, I must do that, not: I want to do that. I think we’re in a really weird transition period. People are being hit with [feelings of]: please don’t stress me, don’t make me do things I don’t want to do, but then, at the same time: I’m so lonely and I really want to belong, so I guess I better do these things. The pressure is nasty.”

While external pressure plays on the mind of a summer grinch, it’s important to note that guilt can influence some of those applying the pressure. Keen to absolve my mum of wrongdoing in her attempts to make me breathe in fresh air, socialise and make lifelong memories, I speak to Catherine Wilde, a life coach and author from San Antonio, Texas.

“There simply seems to be more things to feel guilty about in the summertime,” Wilde says. “One reason may be that there are more social cues telling mums that they should be spending all their time with their children during the summer, as opposed to other times of the year. This can lead to feelings of extreme guilt, especially if time is not spent perfectly.”

This cocktail of feelings – guilt, pressure, anxiety, complex Fomo – is not typically associated with summer’s breezy, laid-back vibe, one advertised via TV shows such as Love Island and social media platforms favouring heavily filtered snapshots and cherrypicked highlights. But, for summer bummers, it’s all we know. Roll on winter!

As temperatures soar, ministers try put the world back on the 1.5°C track