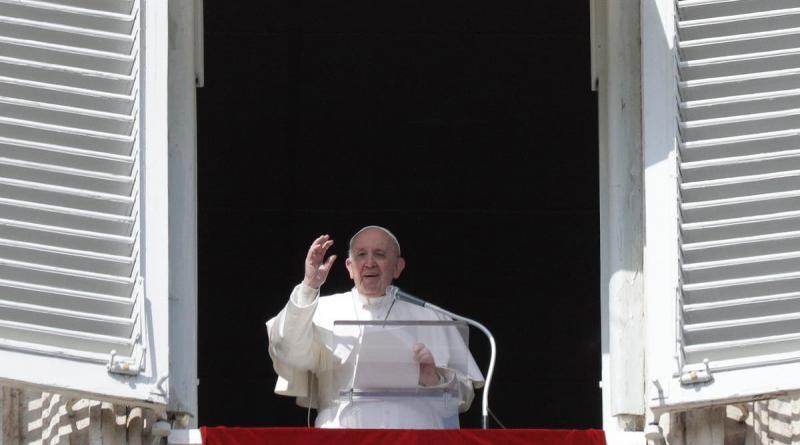 The Catholic leader used the Bible story of Noah to address the potential devastating impacts of increased global heating.

Pope Francis has warned that humanity is facing a “great flood” if the climate crisis continues to worsen.

The pontiff’s remarks are part of a new book published on Tuesday by Don Marco Pozza, an author who is also chaplain of a prison in the northern Italian city of Padua.

The Pope, 84, told the Bible story of Noah, who follows God’s instructions to build an ark in order to save his family and all animals before a great flood wipes out humanity. Pope Francis said that the flood was due to God’s wrath “against injustice , against Satan... against evil”.

The Catholic leader appeared to invoke the Bible story in order to draw attention to the potential impacts of worsening global heating.

The Pope said that nations face a “great deluge, perhaps due to a rise in temperature and the melting of the glaciers... what will happen now if we continue on the same path”.

However he added that God’s wrath can also be viewed as a “savior”, as it spurs Noah to act. Excerpts of the book were published on Sunday in the Italian newspaper, Corriere Della Sera.

Pope Francis has made repeated appeals for global action on the climate crisis. In September, he wrote that the Covid pandemic has shown how the planet can recover “if we allow it to rest” and must spur people to adopt simpler lifestyles to help a planet “groaning” under the constant demand for economic growth.

“Already we can see how the Earth can recover if we allow it to rest: the air becomes cleaner, the waters clearer, and animals have returned to many places from where they had previously disappeared,” he wrote. “The pandemic has brought us to a crossroads.”

The pope is also reportedly considering attending the UN climate summit, COP26, which is scheduled for this November in Glasgow. According to The Times, the Bishops’ Conference of Scotland has been told that a papal visit is possible. It would be Pope Francis’s first visit to Scotland.

This weekend, the religious leader is traveling to Iraq, a trip which the Vatican has been forced to defend due to rising coronavirus infections in the Middle Eastern country.

The Vatican described the visit, the Pope’s first foreign trip in a year, as an “act of love for this land, for its people and for its Christians”.

Infectious disease experts expressed concerns about the trip in interviews with AP. However the Vatican noted that the elderly Pope, along with his 20-member entourage and the 70-plus journalists travelling on the papal plane have all been vaccinated.

Iraq, however, only began its vaccination campaign on Tuesday and most Iraqis who come to see the Pope won’t have had their injection.