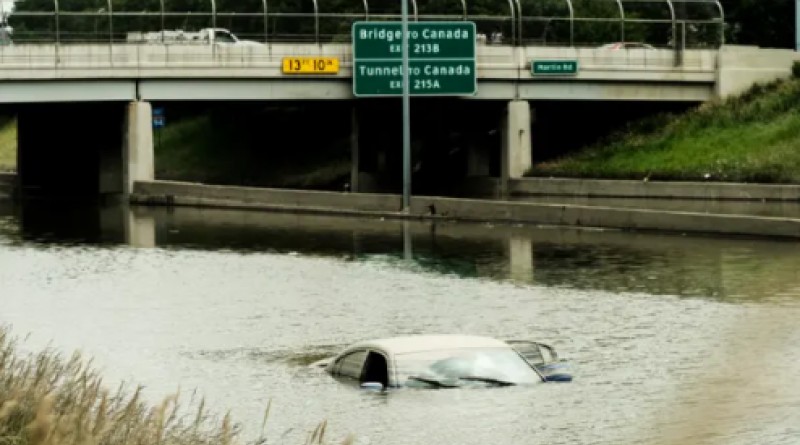 Anthropogenic warming of climate has been a factor in extreme precipitation events globally, researchers say.

Human activity such as such as greenhouse gas emissions and land use change were a key factor in extreme precipitation events such as flooding and landslides around the world, a study has found.

In recent years, there have been numerous instances of flooding and landslides: extreme precipitation, an amount of rainfall or snowfall that exceeds what is normal for a given region, can be a cause of such events.

Natural variations in climate, such as El Niño–Southern Oscillation (Enso), affect precipitation. But attribution research studies, such as the latest modelling study, published on Tuesday in Nature Communications, work to better understand whether human actions impacting the climate, such as greenhouse gas emissions and land-use changes, contribute to the likelihood and severity of extreme events.

“It is vital to identify the changes [to precipitation patterns] caused by human action, compared to the changes caused by natural climate variability,” explained lead researcher Gavin Madakumbura. “It allows us to manage water resources and plan adaption measures to changes driven by climate change.”

Up till now, work in this field has been restricted to countries, rather than applied globally. But the research team utilised machine learning to create a global data set.

While there are regional differences, and some places are becoming drier, Met Office data shows that overall, intense rainfall is increasing globally, meaning the rainiest days of the year are getting wetter. Changes to rainfall extremes – the number of very heavy rainfall days – are also a problem. These short, intense periods of rainfall can lead to flash flooding, with devastating impacts on infrastructure and the environment.

“We are already observing a 1.2C warming compared to pre-industrial levels,” pointed out Dr Sihan Li, a senior research associate at the University of Oxford, who was not involved in the study. She said: “If warming continues to increase, we will get more intense episodes of extreme precipitation, but also extreme drought events as well.”

Li said that while the machine-learning method used in the study was cutting edge, it currently did not allow for the attribution of individual factors that can influence precipitation extremes, such as anthropogenic aerosols, land-use change, or volcanic eruptions.

The method of machine learning used in the study learned from data alone. Madakumbura pointed out that in the future, “we can aid this learning by imposing climate physics in the algorithm, so it will not only learn whether the extreme precipitation has changed, but also the mechanisms, why it has changed”. “That’s the next step,” he said.