How solar energy could power Italy without using more land. 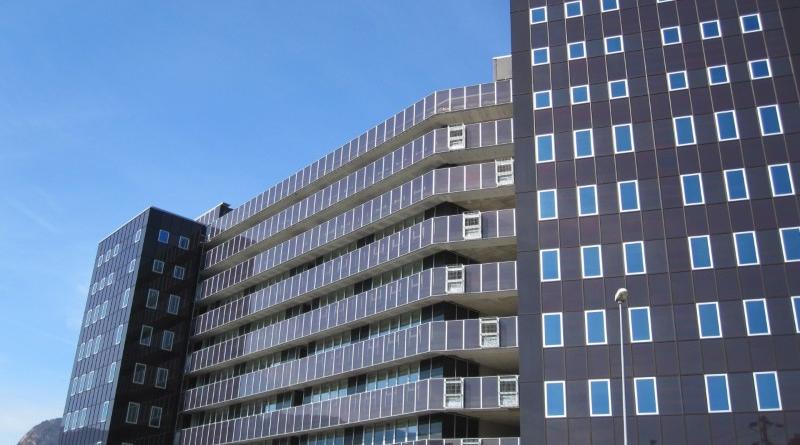 An ambitious research effort for integrating photovoltaics into infrastructures and buildings can become a driving force of Italy’s energy transition.

More than 70% of the global carbon emissions in the atmosphere are due to energy generation and use. According to the International Renewable Energy Agency (IRENA), these emissions must fall to zero by 2050, in order to limit the global temperature rise to 1.5 °C, as in the Paris Agreement target. This requires a massive shift towards electrification and renewable energy sources. Power generation should expand three-fold to reach 70,800 TWh/a by 2050, with renewables providing 90% of the supply.

In this scenario, photovoltaics (PV) is projected to jump from the current ~1 terawatt-peak (TWp) of global installed capacity to at least 14TWp, corresponding to an annual energy generation equal to the whole global electricity demand in 2020. However, this scenario is quite conservative, and underestimates the key role that PV could play in 2030 and in 2050 when net-zero emissions are required1. Although electricity from utility-scale PV plants is already the cheapest energy option in large areas of the world, including Europe2, the expansion of PV installed capacity does not have to be limited to replacing thermoelectric power stations.

In fact, it is the possibility to be integrated in buildings at any scale that gives PV a competitive advantage over other renewables like wind and hydro. If we take the objectives of the Italian Integrated Energy and Climate Plan (IECP), and scale them up to meet the most recent targets of the European Green Deal, we expect at least 100 TWh/a of electric energy to be provided by PV in 2030, a 4-time increase compared to 2020. If that electricity were to be generated by ground-based solar plants, an area just above 1,000 km2 would need to be covered with the PV modules currently on the market, that have a 22% efficiency. This corresponds to about 5% of “land consumption" in Italy, which compares to a 40% share occupied by roads and to about 30% allocated to buildings. But better alternatives are available. Let’s consider two.

The first option is repowering and revamping existing plants. Sun-tracking systems would increase the energy yield by around 20-40% while the replacement of the old modules with new ones, exceeding 22% efficiency, could result in more than 50% extra power obtained from solar farms installed between 2010 and 2015. This value can be even higher thanks to a new generation of tandem solar cells, made up of different components optimised for different sections of the solar spectrum and designed to overcome the efficiency limit of silicon. Cell manufacturers and research labs are indeed looking to exceed the 30% efficiency target by 2030 with an economically viable technology, and Italy is playing an important part in this race.

But the second and most effective alternative to soil consumption is Infrastructure-Integrated PhotoVoltaics (IIPV). Buildings, for instance, account for about 40% of the total energy consumption in industrialised countries. Onsite power generation is essential to make them energy neutral or even positive, and to curb electricity demand.

The potential energy output of rooftop installations on Italian buildings was estimated to be about 120 GWp with 15% efficient modules3. Based on those data, currently available commercial (22% efficient) modules would generate 200 TWh of electricity per year, twice as much the national PV target for 2030 discussed above. With 30% efficient modules, the potential would reach 275 TWh/a. Facades can also contribute significantly, as residential and office buildings could integrate photovoltaics on a total of 160 km² of façade surface area and contribute to the generation of 15-25 TWh/a of electricity (depending on the PV technology).

To unlock this potential a new industrial value-chain has to emerge from the PV, building/construction and utility industries, with support from public research institutions.

Research must work on at least three fronts:

2. New materials and technologies: here a multidisciplinary effort is required. Above all, the development of high efficiency (>30%) tandem cells is key for IIPV, where space is very valuable and the incentives for making buildings net energy producers have been boosted by new legislation.

A group of Italian experts has proposed a detailed action plan as part of the SET Plan initiative, which includes a national “distributed laboratory” for R&I, coordinating public research organisations, industries, regional technopoles and others; national facilities for industrial prototyping, to be created as independent centres, fully devoted to the development of pre-production prototypes and novel manufacturing processes; strategic projects where the best of know-how and lab facilities throughout the country participate in a collaborative effort to meet the targets of the Implementation Plan.

These proposals could stimulate a virtuous circle towards renewables if incorporated in the National Recovery and Resilience Plan (PNRR). IIPV is not just another application of photovoltaics, but a new paradigm for the relaunch of the building industry in the framework of the green economy.

Nigeria Bets on Solar to Power Its Covid Recovery.

Dead Power Grid Revived with Solar and Wind, Not Diesel.