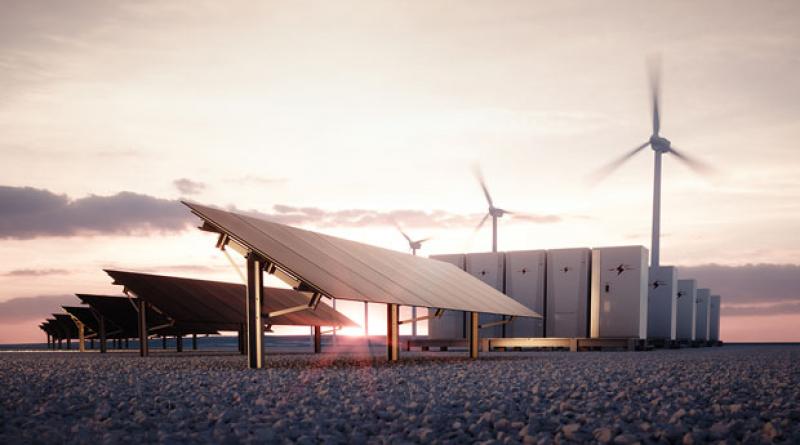 Last week, the city of Los Angeles inked a deal for a solar-plus-storage system at a record-low price. The 400-MW Eland solar power project will be capable of storing 1,200 megawatt-hours of energy in lithium-ion batteries to meet demand at night. The project is a part of the city's climate commitment to reach 100 percent renewable energy by 2045.

Electricity and heat production are the largest sources of greenhouse gas emissions in the world. Carbon-free electricity will be critical for keeping the average global temperature rise to within the United Nations’ target of 1.5 degrees Celsius and avoid the worst effects of climate change. As world leaders meet at the United Nations Climate Action Summit next week, boosting renewable energy and energy storage will be major priorities.

Wind and solar skeptics are quick to point out that such systems are expensive and can’t keep the lights on 24/7. The first argument is wilting as renewables become cost-competitive with fossil fuels. The second one also boils down to cost: that of energy storage, which will be essential for sending large amounts of renewable energy to the grid when needed.

“Low-cost storage is the key to enabling renewable electricity to compete with fossil fuel generated electricity on a cost basis,” says Yet-Ming Chiang, a materials science and engineering professor at MIT.

But exactly how low? Chiang, professor of energy studies Jessika Trancik, and others have determined that energy storage would have to cost roughly US $20 per kilowatt-hour (kWh) for the grid to be 100 percent powered by a wind-solar mix. Their analysis is published in Joule.

That’s an intimidating stretch for lithium-ion batteries, which dipped to $175/kWh in 2018. But things look up if you loosen the constraints on renewable energy, the researchers say. Then, storage technologies that meet the cost target are within reach.

The team picked four locations—Arizona, Iowa, Massachusetts, and Texas—and gathered 20 years of data on those solar and wind resources there. Such resources can change considerably with the seasons and over the years, and their longer-term analysis—while previous studies had used data from just a year or two—captures the variations that may occur over the lifetime of a power plant, the researchers say. They modeled the costs of wind-solar-plus-storage systems that would reliably meet various grid demands, such as providing baseload energy 24/7 and meeting peak-hour spikes in demand for a few hours.

Energy storage would have to cost $10 to $20/kWh for a wind-solar mix with storage to be competitive with a nuclear power plant providing baseload electricity. And competing with a natural gas peaker plant would require energy storage costs to fall to $5/kWh.

But those figures are only for scenarios in which solar and wind meet power demand 100 percent of the time. If other sources meet demand just 5 percent of the time, storage could work at a price tag of $150/kWh. Which technologies could hit that target?

Lithium-ion batteries are within reach of the $150/kWh target, and their share in the utility-scale energy storage is growing. Yet they face materials scarcity challenges exacerbated by a rising electric car market. But, says Chiang, the technology is “unlikely to meet the cost requirements for long-duration storage, so for deep decarbonization, there is a critical need to develop low-cost, long duration storage technologies.”

Pumped hydro and compressed air, which use extra power to pump water uphill or to pressurize air, both of which can be used to turn a turbine and generate electricity when needed, already have a low energy cost of $20/kWh, the researchers say. But these systems need a large amount of space and special geological features such as mountains or underground caverns, so cannot be used everywhere.

Another viable technology is flow batteries that would use abundant, low-cost chemicals to store energy in large tanks. But not all flow battery chemistries are inexpensive. One of the main types, vanadium redox flow batteries, have an estimated cost of $100/kWh, the researchers say, but more development could bring down costs.

Chiang is betting on sulfur batteries. He has recently developed an aqueous sulfur flow battery that could cost as little as $10/kWh. The technology has what it takes for long-duration, low-cost storage, and is now being developed by Form Energy, a company he co-founded in 2017 and that has recently gotten extensive financial backing.

There are other battery technologies to keep an eye on. High-temperature sodium-sulfur batteries cost $500/kWh, but with more development, their costs could fall by up to 75 percent by 2030, according to the International Renewable Energy Agency. Meanwhile, the cost of sodium nickel chloride batteries could fall from $315 to $490/kWh at present to $130 to $200/kWh by 2030.

There are many other ways to store renewable energy that the researchers didn’t consider, such as with flywheels, supercapacitors, thermal storage in molten salts, and using excess electricity to liquefy air or to make fuels such as hydrogen and methane.

The Eland project and others announced recently show that renewables combined with storage are already starting to make economic sense. Advancing energy storage technologies and economies of scale should help drive down costs further and allow renewables to meet their full potential.

“The key is to develop storage technologies that can reach those low capital costs [of $20/kWh],” Chiang says. “I believe this kind of storage can be demonstrated at a pilot scale within the next five years.”

Editor’s note: This story is published in cooperation with more than 250 media organizations and independent journalists that have focused their coverage on climate change ahead of the UN Climate Action Summit. IEEE Spectrum’s participation in the Covering Climate Now partnership builds on our past reporting about this global issue.