How a hurricane fueled wildfires in the Florida Panhandle 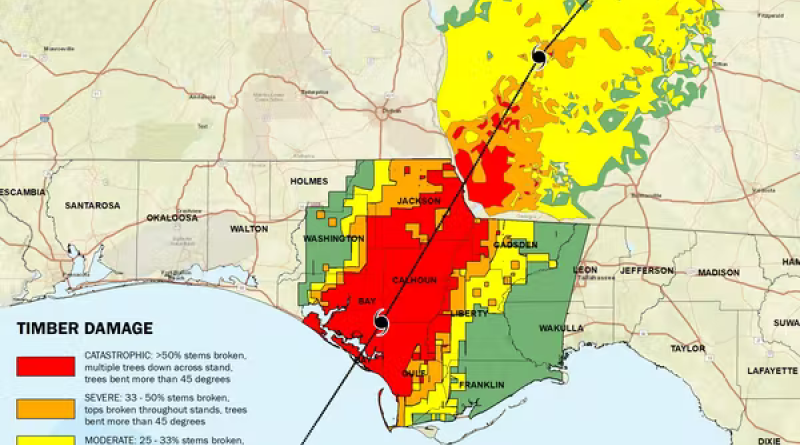 The wildfires that broke out in the Florida Panhandle in early March 2022 were the nightmare fire managers had feared since the day Hurricane Michael flattened millions of trees there in 2018. It might sound odd – hurricanes helping to fuel wildfires. But Michael’s 160 mph winds left tangles of dead trees that were ready to burn.

We asked University of Florida fire ecologist David Godwin, who co-leads the Southern Fire Exchange, to explain the role the hurricane played in wildfires that forced over 1,000 people to evacuate their homes.

What’s fueling Florida wildfires so early in the year?

March is early for large fires in this part of Florida. We’re not in extreme drought, but the weather has been warm and dry, and this area has a lot of fuel on the ground that can burn.

When Hurricane Michael rolled through, it had a catastrophic impact on timber in the region. The hurricane dropped most of the standing trees into a jumbled mess that piled up on the ground.

Typically, a forest’s fuel load – the total mass of burnable stuff on a site – is less than 10 tons per acre. After Hurricane Michael, surveys found over 100 tons per acre in parts of the Panhandle. That’s off the charts. Everyone involved saw this storm had tremendous potential to affect wildfire activity for years to come.

In most fires within the region, only the ground cover and understory vegetation burn. Here, almost the entire forest is now on the ground – branches and trunks that normally wouldn’t be available to the fire are dead, dry and ready to burn.

In the years since the hurricane, with the forest canopy gone and more sunlight reaching the forest floor, additional vegetation has also grown in, contributing additional fuels. All of those fuels are driving increased fire behavior, meaning more intense fires with longer flame lengths and additional spotting caused by blowing embers igniting new areas.

How does all that debris affect firefighting?

The tangle of trunks and branches make these areas hard to access and dangerous for fighting a wildfire.

It means you’re climbing over, under and around trunks. Vehicles can’t get in. Firefighters often can’t use their typical bulldozers to establish fire lines.

The heavy fuels can burn for a long time, harboring persistent fires that reignite later. The heavy fuels are harder to extinguish and can produce smoke that can endanger roadways and impact communities.

Why haven’t the trees been removed?

People might ask why the government didn’t clean up the damaged trees, but about 80% of the areas severely impacted by Hurricane Michael were on private lands. That limits what officials can do.

A lot of this land is timber investment land, and there’s no crop insurance for trees, so people may not have the money to get a contractor in to clear out the dead trees. It’s a very rural region and low-income in many places. The Florida Forest Service has been very vocal in trying to get support for private landowners to manage fallen trees, for the reason we’re seeing now.

I was at Tyndall Air Force Base near Panama City, Florida, recently, and the difference funding can make was obvious. The base had almost a direct hit from the hurricane, and the surrounding trees were decimated. But because the Air Force had access to funds, within a year it was clearing out dead trees and chipping the material for bio energy.

The base is now rapidly on its way to replanting longleaf pines. Longleaf pines were the once the dominant pine trees of the South, but they were cut down when timber barons came through. While industrial forestry had better success with slash pines and loblolly pines, the longleaf pines hold up better to hurricanes, wildfire and disease.

Research after Hurricane Katrina showed that longleaf pines were more resilient in the face of hurricane-force winds, with significantly less damage. They’re also more pest-resistant and a keystone species for the ecosystem.

Rain that started March 9 began to help firefighters, but the forecast after that was expected to bring dry, windy conditions that could whip up fires again. 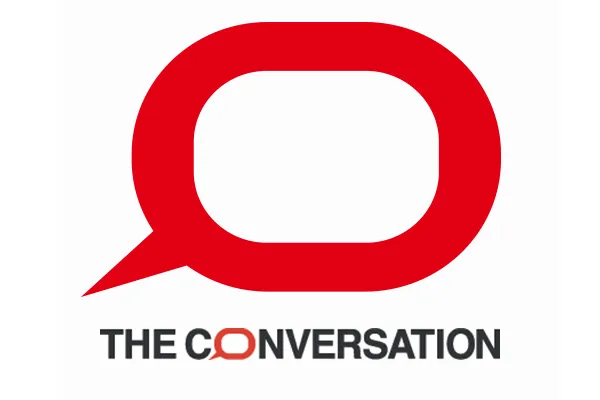