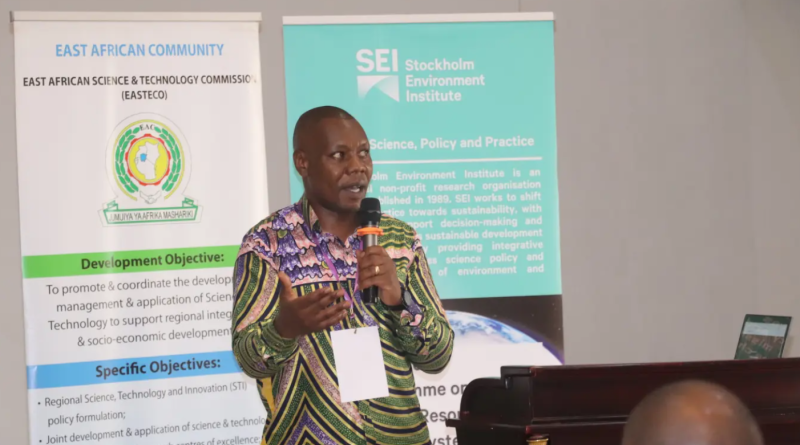 Member states of the east African trade bloc will have to work on a number of requirements that they are scoring low if they are to fully benefit from European Union’s 447 million market.

During a workshop organized by the Stockholm Environment Institute (SEI) and the East African Science and Technology Commission, it emerged that the eight members of the East African Community are showing progress but are still unable to erase critical trade inhibitors.

East Africa Community will have to fight corruption, create a data law and guard against currency volatilty to strike a trade balance with the EU

The question of data residence arose in a period where Africa is finding it difficult to enact data protection laws to protect business data against siphoning to foreign countries. But just like the EU has the General Data Protection Regulations (GDPR), east Africa was urged to have a regional data law to boost online trade between both regions.

The Kenya National Chamber of Commerce and Industry (KNCCI) and SEI are jointly implementing the European-funded Switch Africa Green program but significant risks to international cooperation in both trade and climate change areas threaten to slow down the implementation of the proposed CBAM by the EU.

Deputy director of Industries at the Ministry of Industrialization and Trade in Kenya King’uru Wahome said to trade better with the EU, east Africa must improve the skill sets of its workforce and draw more women into technology.

Prof George Outa of the Technical University of Kenya emphasized that east Africa will require more awareness and capacity building if the proposals are to be realized.

Another critical aspect of trade discussed was the lack of commitment by east African business leaders are employing to create a climate-friendly environment between them and their EU counterparts.

World Bank data indicates that developing countries will need about $100 billion of new investments per year over the next 40 years to build resilience to the effects of climate change. Mitigation costs are expected to be in the range of $140–$175 billion per year by 2030.

SEI Africa centre director Dr Philip Osano urged east African governments to use digital tools such as the Trase software which is helping governments to improve the sustainability of their supply chains.

“It helps to monitor progress against sustainability goals. It identifies hotspots, business people and supply chains most closely linked to impacts of carbon emissions. It is easier to take action,” he said.

The European Green Deal targets to reduce carbon emissions by 55% by 2030 while aiming to become a carbon-neutral continent by 2050. CBAM is EU’s core strategy to achieve this.

Corruption and excessive red tape have been stifling investments in renewable energy and other climate-friendly projects in east Africa while state subsidies for fossil fuels keep prices artificially low, making it hard for renewables to compete.

Paul Muchiri, youth director at KNCCI said east African governments must remove these barriers and create an environment in which the private sector can thrive and investments in renewable energy make financial sense.

“The private sector should play a role in pushing for these reforms, which have the potential to unlock billions of dollars’ worth of investment opportunities,” said Muchiri.