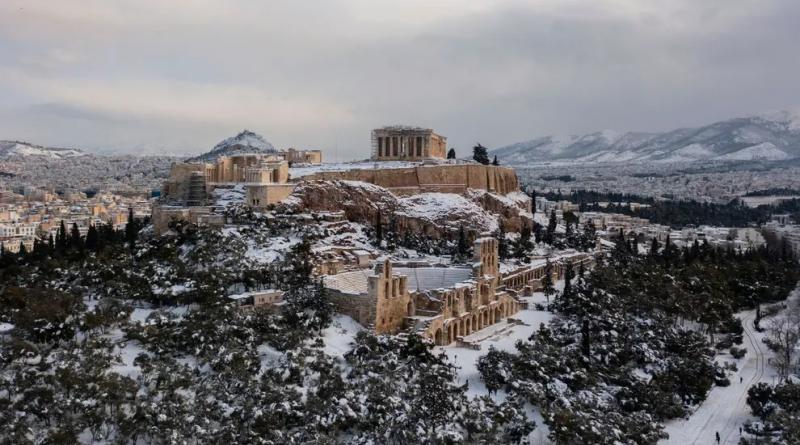 Greece has been hit by a rocky six months in terms of weather, experiencing both intense snow and heatwaves, as well as flooding and fires.

During this time, the government created a new department to tackle the impact of the climate crisis, which is making many types of extreme weather events more likely to occur and more severe when they do.

“The consequences of climate change have overtaken us, and we must accelerate major change without delay,” Christos Stylianides, the minister in charge, said as he took over the role.

Last summer, Greece experienced a 40C heatwave which is called its most intense in decades.

Consequently, blazes ripped through many parts of the country - including a major wildfire north of Athens. Homes and businesses were destroyed, residents injured and at least three killed.

Bouts of flooding hit Greece in autumn months, including on the island of Evia in October and the mainland in December.

Extreme weather events did not seem to be easing off with the new year, with severe snowfall - which hit on Monday - causing chaos in the country. Schools have been sent online and thousands of motorists left stranded on a motorway.

Ancient monuments in Athens have also been covered in snow in the rare cold snap.

Here are some images showing the extremes of the past six months:

The snow covered Ancient Temple of Parthenon atop the Acropolis hill